David Cameron is a smug elitist who still doesn't get it

Blackleaf
#1 Sep 15th, 2019
In attacking Leavers - most notably Johnson and Gove - in his new memoirs, David Cameron is showing himself to be a smug elitist and a sore loser...

Smug elitist who didn't get it then and still doesn't now: MATTHEW GOODWIN says David Cameron should remember what the British people asked for

By Matthew Goodwin, Professor Of Politics At The University Of Kent
15 September 2019

Philippe Petain, the French general and collaborator, once remarked that to write one's political memoirs is to speak ill of everybody except oneself.

It is an observation that may have been on the mind of David Cameron while putting the final touches to his own memoirs, which are released this week.

The timing is far from ideal. While nearly 39 months have passed since 17.4 million people rejected his advice by voting to leave the EU, we are still no closer to seeing their vote respected.

Parliament remains gridlocked as MPs have pushed through a third extension. The opposition Labour Party is calling openly for a second referendum, at which it will campaign to Remain, while the Liberal Democrats are now demanding that Article 50 be revoked altogether. Brexit has never been under greater threat. 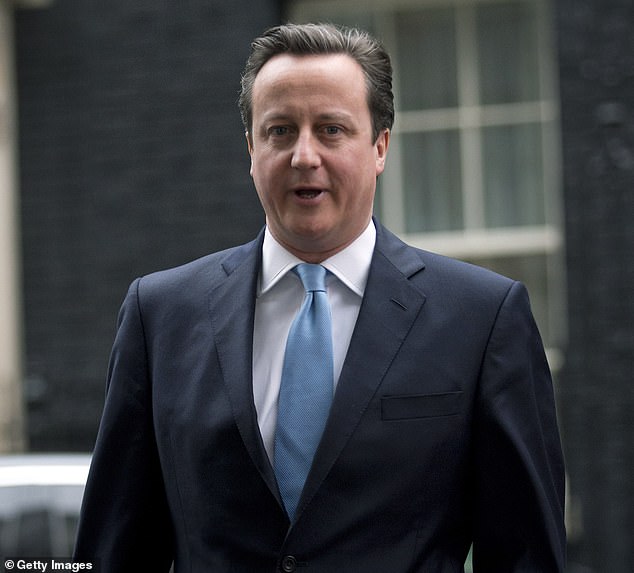 Cameron's memoir is not one-nation. It is instead a plea, an apology, directed toward the minority who lost the referendum: Remainers

Yet none of that has stopped David Cameron from leaving his £25,000 garden shed  or shepherd's hut  to air his views about the issue, trash his opponents and try to salvage his legacy.

When Cameron was in power, he liked to cultivate an image of himself as a one-nation Conservative  a liberal politician who spoke for all of Britain.

But since leaving office he has clearly decided that he should speak to only one part of the nation, and a minority part at that.
Cameron's memoir is not one-nation. It is instead a plea, an apology, directed toward the minority who lost the referendum: Remainers.

Like many of Britain's elite, Cameron can only view Brexit through the lens of pessimism. The optimism and self-confidence that once characterised our youngest Prime Minister for 198 years have left the building. What remains is an exercise in self-flagellation. 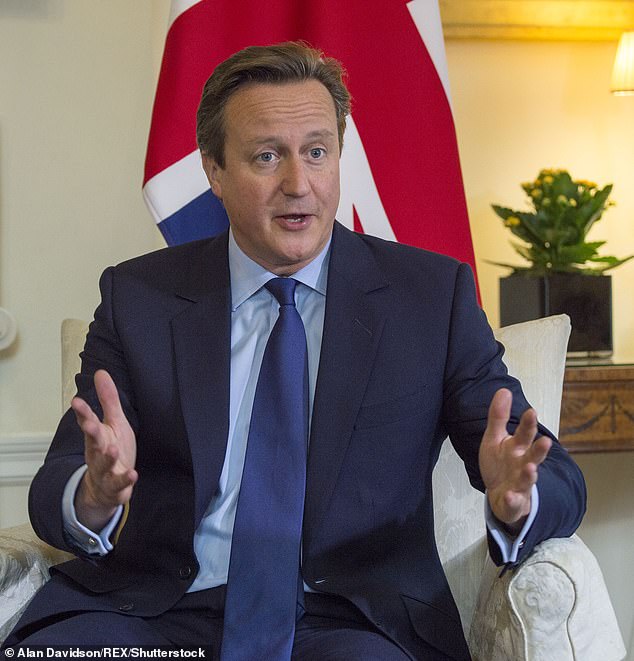 To many hard-working and patriotic Brits, Cameron epitomises a smug, wealthy and distant liberal caste that is completely detached from the aspiration and ambition of the silent majority

'I failed,' laments Cameron. He is 'truly sorry'. We learn that while hiding away in Oxfordshire, wealthy West London or his £2 million third home in Cornwall, he has been 'hugely depressed', 'miserable' and has struggled to sleep.

Nonetheless, none of this stops him from taking the opportunity to warn against a clean break from the EU and advocating a second referendum, which presumably he wants so as to overturn the first.

'I think about this every day,' he told The Times.

'Every single day I think about it, the referendum and the fact that we lost and the consequences and the things that could have been done differently, and I worry desperately about what is going to happen next it's painful for the country and it's painful to watch.'

Much of this is a powerful reminder of how Cameron never really understood his own party, his country, what Brexit was about and why it means so much to so many.

To many hard-working and patriotic Brits, Cameron epitomises a smug, wealthy and distant liberal caste that is completely detached from the aspiration and ambition of the silent majority.

Shaped by Eton and Oxford, he represents the type that never really had to work hard as family connections did much of the heavy lifting.

While most people were battling globalisation and an economic system that is rigged against blue-collar Britain, Cameron was free, in his words, to get 'off his head' on dope, before breezing easily into a life of politics.

This blindness was reflected in his political project. There were no heavyweight ideas about how to fix a broken settlement  because he simply did not have any such ideas and because he could not relate to the society around him.

Vacuous talk about 'modernisation' and liberal conservatism left many ordinary voters asking whether Cameron really was a Conservative after all.

Never mind the empty talk about wanting to build a 'big society', he was foremost a technocrat and manager who had no clear vision of where he wanted to take the country. As I've said, Cameron was Britain's youngest prime minister for 198 years and it often showed.

The British people, in sharp contrast, did have such a vision, as do the politicians who were willing to listen, like Boris Johnson and Michael Gove.

They wanted to lead Britain out of a divided EU, steer it firmly away from the economically stagnant eurozone, restore its judicial independence and control migration.

Cameron was only able to win a majority when he offered the people a chance to realise their vision  not his.

Contrary to the hysterical claims of Remainers, every study since the 2016 referendum has told a remarkably consistent story: Leavers knew what they were voting for. In the aftermath, they wanted a leader to deliver it.

Cameron, it is now clear, thought differently. While he offered a referendum, he never thought he would have the majority that would be required to hold one.

Then, when that referendum took place, he fundamentally failed to identify the opportunities that Brexit presented, which was why his dismal campaign for the status quo was one of the worst in history.

Utterly detached from majority Britain, Cameron and his allies seemed unable to get beyond the alleged risk to the domestic economy when, in reality, voters were far more worried about the external risks that came with being in the EU: a refugee crisis, Islamist terrorism, a democratic deficit in EU institutions, and stagnating economies that exposed a total lack of solidarity between northern and southern Europe.

Cameron and his allies reached the conclusion that the British people only care about GDP and money. And how wrong they were.
It is all the more remarkable, then, that Cameron has still not learned his lesson.

He has so far said nothing about a political class that for more than three years has sought to block Brexit. Even now, he attacks a clean-break Brexit and suggests that a second referendum might be the best way forward.

It is tempting to view Cameron's hand-wringing as merely the ramblings of a disgruntled former Prime Minister. But this is inaccurate. What it actually represents is a broader and deeply pessimistic view of Brexit that is shared by large parts of our political and media classes.

They are ashamed of Brexit and thus firmly at odds with the views of the patriotic majority  the voters who literally ran to the polling stations to put a cross next to Leave.

For them, the referendum was a once-in-a-lifetime opportunity to tackle a rigged system, preserve their national traditions and identity, and force the rulers to give more of a say to the ruled.

David Cameron's legacy will not be pretty. Britain's future historians will inevitably present him as the third Prime Minister in post-war Britain who, after Margaret Thatcher and John Major, was brought down by the Europe question.

He will be remembered chiefly as a political gambler, a Conservative Party leader who never really understood his own party and country.

His surprise parliamentary majority in 2015 is perhaps the only thing that will keep him ahead of Anthony Eden and Theresa May in future attempts to list our worst Tory Prime Ministers.

'The proper memory for a politician,' noted the Liberal MP and writer John Morley, 'is one that knows what to remember and what to forget.'

David Cameron would be well advised to forget where he thinks he went wrong and spend more time remembering what it was the British people actually asked for.