spaminator
#1 Sep 4th, 2019
NDP MPP Gurratan Singh responds to Islamophobic remarks
Canadian Press
Published:
September 2, 2019
Updated:
September 2, 2019 12:25 PM EDT
NDP MPP Gurratan Singh in the legislature on July 30, 2018. Jack Boland/Toronto Sun
An NDP MPP is racking up online praise for his response to Islamophobic remarks directed at him at MuslimFest over the weekend.
A video posted online and viewed more than 250,000 times shows Gurratan Singh, who represents the riding of Brampton East, responding to a mans anti-Muslim remarks at the event in Mississauga.
In the video, Singh tells the man that he condemns racism.
Singh, who is Sikh, tweeted that he will never respond to Islamophobia with I am not a Muslim.
He says that instead, he will stand with Muslims and say that hate is wrong.
Singhs brother is federal NDP Leader Jagmeet Singh, who made headlines in 2017 for responding to a womans racist diatribe by saying that he supported her rights but wouldnt be deterred by hatred.
Anti-Muslim graffiti found on Etobicoke park sign
MULCAIR: Jagmeet Singh 2.0
FUREY: Heres why its up to Singh to expose Trudeaus game
In both cases, the Singhs were asked whether they support Shariah law.
Online, some Twitter users are applauding Gurratan Singh for refusing to point out that he isnt Muslim. 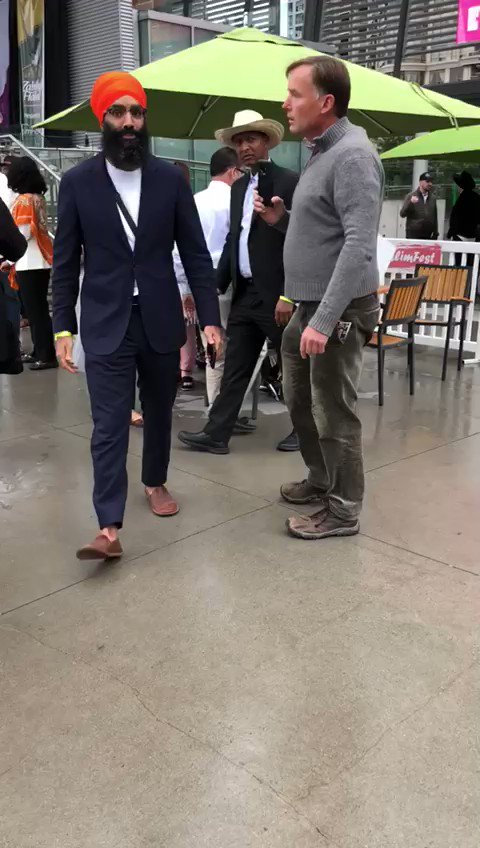