Rosemarkie Man may have been Pictish royalty 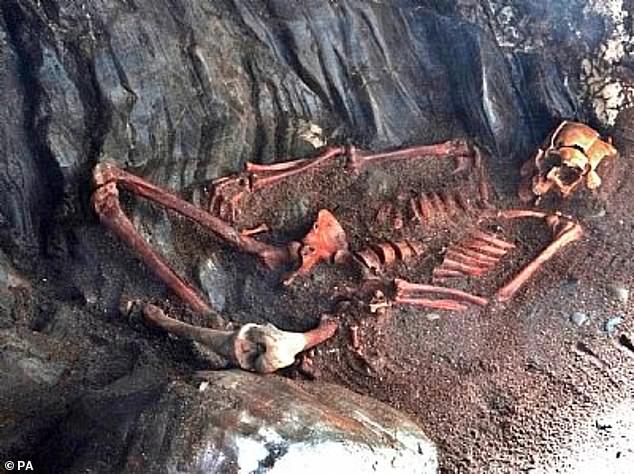 A well-built Pict known as the 'Rosemarkie Man' who suffered a 'brutal death' 1,400 years ago may have been a member of royalty, researchers have found.

Archaeologists found the skeleton of the stocky man sat cross-legged in a cave recess in the Highlands in 2017.

Heavy stones weighed down his limbs while his head had been battered multiple times, indicating a violent demise.

Analysis carried out on the remains has found he had a high-protein diet, stood 5ft 6ins tall and was built like a rugby player when he died aged around 30.

Simon Gunn, founder of the project, said: 'He was a big, strong fella - built like a rugby player - very heavily built above the waist.

'It's rather peculiar that he had a very high-protein diet throughout his life, to the extent that it's as if he had been eating nothing but suckling pigs.

'He was a bit special. That could be royalty or a chieftain.

'Obviously he had a rather brutal death, but he was buried quite carefully in that cave.'

Mr Gunn also said the cave burial could have been a way to place his body at an 'entrance to the underworld' as part of a ritual.

The team believe there was a feast after Rosemarkie Man's death, either in celebration or reverence of his passing, as there were piles of animal bones near where he was discovered.

Earlier analysis from 2017 shows the first three impacts broke the man's teeth and fractured his left jaw and back of his head.

The fourth strike went through his skull from one side and out the other as he lay on the ground, while the fifth blow was to the top of his head.

Professor Black added: 'It could well be that we are looking at someone prominent.

'If you have a high-protein diet you are eating well and are not in the poor of the community.'

Researchers at the University of Dundee later did a facial reconstruction of the man.

The Rosemarkie Caves Project has been surveying a series of caves along the coast of the Black Isle. 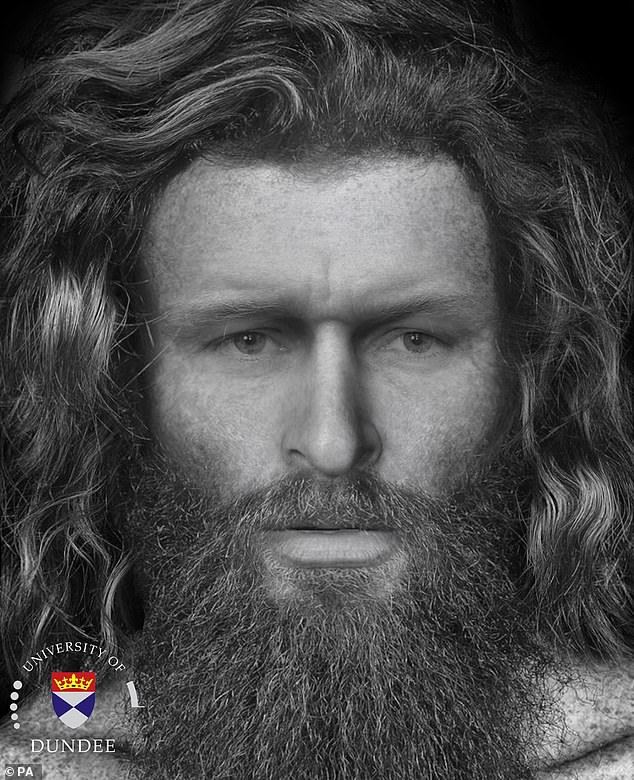 Re: Rosemarkie Man may have been Pictish royalty

So does the forensic artist's rendering.