spaminator
#1 Oct 11th, 2018
Frank Stronach sues daughter for allegedly mismanaging family fortune
Canadian Press
Published:
October 10, 2018
Updated:
October 10, 2018 11:23 PM EDT
Magna International Inc. chairman Frank Stronach (right) and executive vice-chair Belinda Stronach chat at the company's annual general meeting in Markham, Ontario on Thursday May 6, 2010. (THE CANADIAN PRESS/Frank Gunn)
TORONTO  An Ontario business magnate is suing his daughter, two grandchildren and others for allegedly mismanaging the familys assets and trust funds.
Frank Stronach, the man who started the autoparts business Magna International, and his wife, Elfriede, have launched the lawsuit in Ontario Superior Court and said they have done so as a last resort.
Stronach said in a statement Wednesday that the couple has made considerable efforts over the last two years to resolve the matter.
Thoroughbred Daily News reports the couple have accused Belinda Stronach, the chairman and president of The Stronach Group that runs horse racetracks around the world, of conspiring by unlawful actions against the best interests of other members of the Stronach family.
The suit, which has not been proven in court, seeks more than $500 million in damages.
Belinda Stronach has denied the allegations.
Family relationships within a business can be challenging, she said in a statement Wednesday night.
My children and I love my father. However, his allegations are untrue and we will be responding formally to the statement of claim in the normal course of the court process.
A spokesman for The Stronach Group CEO Alon Ossip, who is also named in the suit, called the allegations baseless and are not grounded in fact or reality.
Alon has always honoured his obligations and acted in good faith to preserve and grow the Stronach familys assets and to protect the interests of all members of the family, Paul Deegan said in a statement.
This is a dispute between Stronach family members that should be resolved between family members.
http://torontosun.com/news/national/...family-fortune

Oct 12th, 2018
Is it just me, or does Belinda bear a resemblance to Elmer the Safety Elephant? 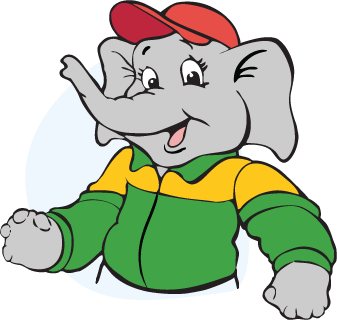 Oct 12th, 2018
MANDEL: Stronach family feud the stuff of a Shakespearean tragedy
Michele Mandel
Published:
October 11, 2018
Updated:
October 11, 2018 8:27 PM EDT
Magna International Inc. chairman Frank Stronach (right) and executive vice-chair Belinda Stronach chat at the company's annual general meeting in Markham, Ontario on Thursday May 6, 2010. (THE CANADIAN PRESS/Frank Gunn)
It reads like a scene out of King Lear: the usurped old father raging that hes been cheated by his daughter.
But this isnt a Shakespearean tragedy. This is the latest instalment of the all too common family feuds of the rich and famous, this one starring 86-year-old Magna International founder Frank Stronach and his successor, daughter Belinda, as well as others, including his aspiring music producer and DJ grandson, Frank Walker, 27, and his competitive equestrian granddaughter, Nikki Walker, 25.
The Shermans, the Sorbaras, the Leons  all are wealthy dynasties torn apart by money. Now add the Stronachs to that ignoble list.
With his wife, Elfriede, Stronach is suing for $520 million in damages, claiming the family empire was wrestled away from him, his holdings were mismanaged and his daughter spent millions in company money for purposes of maintaining her extravagant lifestyle.
None of the allegations have been proven in court. Belinda Stronach, 52, as well as the others named in the suit have denied the claims.
We have to ask, why is a billionaire in his twilight years suing his own daughter and grandchildren? Surely theres enough money to go around.
It seems its hard to let go.
We know the players in this power struggle well, of course. Frank Stronach is the gruff, Austrian-born rags-to-riches tool maker who turned his one-man shop in a Toronto garage into Magna International, the third-largest automotive supplier in the world. Bought out in 2010 for about $900 million, he stepped down as honourary chairman in 2012.
Auto parts tychoonFrank Stronach is pictured on Sept. 11, 2018 in Eisenstadt, Austria. (ALEXANDER KLEIN/AFP/Getty Images)
The business titans net worth according to Canadian Business magazine is a cool $3.06 billion.
After Magna, the billionaire founded The Stronach Group to concentrate on his true passions: horse racing and cattle raising. The family company became the largest owner and operator of race tracks in North America, including Pimilco, home of the Preakness, Santa Anita Park in southern California and Floridas Gulfstream Park.
In 2016, he reportedly put his daughter in charge.
Until now, she has always lived in the shadow of Frank, whose influence has marked every step of her way, wrote family friend and former MP Dennis Mills in 2016 in Racingfuture.com. The shadow now becomes the light of hope for a new generation, as she takes the reins at the helm of her familys business in the sport of horse racing.
A lifestyle magazine praised her as the whip-smart businesswoman who may be the sports best bet to re-imagine its potential.
In the last few years, Belinda has been featured everywhere from Time to CNN as the glamorous blonde powerhouse determined to bring staid horse racing into the 21st century: she mounted the worlds richest thoroughbred race  the Pegasus World Cup  with a whopping prize purse of $16 million and ensured everyone from pop stars to supermodels were in the stands.
Belinda Stronach is pictured in 2004 when she was a Conservative Party of Canada leadership candidate. (Toronto Sun files)
Meanwhile, her Instagram shows the heiress at galas from Vienna to St. Tropez when not boasting of her sons musical prowess and her daughters equestrian feats at venues throughout Europe.
Belinda has long made headlines in business and politics. She had a stint running Magna and in 2002, made Fortunes list of most powerful women in business, the only female CEO of a Fortune Global 500 company based outside the U.S.
She stepped away from Magna to enter politics, serving first as a Conservative MP before famously ditching her sweetheart Peter Mackay and her party by crossing the floor in 2005 to sit with the governing Liberals.
Her romances were equally headline grabbing. Married and divorced twice, she broke Mackays heart with her betrayal  he would deny her claim that he later called her a dog in the House of Commons  and was alleged to be the other woman in former Leaf Tie Domis divorce.
But it seemed her heart always belonged to daddy.
In 2012, Belinda was asked by former National Post gossip columnist Shinan Govani to identify the person living or dead that she most admired. My dad, she replied.
Now Stronach claims his daughter used their close relationship to mislead and freeze him out of the family empire he created.
The next scene in this sad blood feud will be Belindas statement of defence expected to be filed by the end of the month.
mmandel@postmedia.com
http://torontosun.com/news/local-new...earean-tragedy

Jan 23rd, 2019
MANDEL: Stronach family legal feud turns even nastier
Michele Mandel
Published:
January 22, 2019
Updated:
January 22, 2019 8:13 PM EST
Frank Stronach and his daughter, Belinda, are pictured together in Markham on May 6, 2010. (The Canadian Press)
It just got uglier.
Belinda Stronach and her CEO at The Stronach Group (TSG) have struck back against her billionaire fathers $520-million lawsuit against them, painting Frank Stronach as a meddling old man in a declining mental state who has wasted hundreds of millions of dollars on vanity projects and is now lashing out because hes been cut off.
In his lawsuit filed last fall, Stronach claimed they wrestled away the family empire hed founded, mismanaged his holdings and that his daughter spent millions in corporate money for purposes of maintaining her extravagant lifestyle.
Belinda Stronach, 52, calls his allegations unfounded and is counter-suing for $32.8 million, insisting the only one guilty of lavish expenditures was her father.
Belinda has engaged in no unlawful conduct. To the contrary, she has taken steps to rectify the irregular affairs of TSG she inherited from Frank, her countersuit claims.
Belinda Stronach is pictured in 2004 when she was a Conservative Party of Canada leadership candidate. (Toronto Sun files)
All members of the Stronach family, and especially Frank, have been able to live in a manner that reflects the familys substantial wealth. Belinda has not treated herself in a manner that has been more favourable than the treatment of other family members.
How unseemly this is for all to see.
Describing it as a toxic familial dispute, TSG CEO Alon Ossip claims Stronachs improvident spending and unsound business decisions have cost the family a staggering $800 million.
In his statement of defence, Ossip alleges the increasingly irrational Stronach spent $47 million US on a brief, disastrous political career in Austria and then began sinking millions into a number of money-losing business ventures.
Among his passion projects was Adena Farms, an all-natural, farm-to-table grass-fed beef business in Florida, but he has yet to see his vision become profitable, according to his daughters lawsuit.
He also spent $55 million US to build two bronze, 12-storey high Pegasus statues  almost 10 times the original estimate. One sits at Gulfstream Park and is the second-highest statue in the U.S. after the Statue of Liberty. The other is in storage in China.
Today, at 86 years of age, Franks business judgment is not at all what it once was, according to Ossips claim. His refusal to let go of his failing business ventures has become financially disastrous.
MANDEL: How far should rights be curtailed to stop drunk driving?
MANDEL: New questions arise about Danforth shooting
MANDEL: Cop pulls over senior for returning too many empties
He alleges Franks declining mental health and lack of judgment became increasingly evident and challenging as he refused to heed their advice on how to minimize company losses.
Alon and Belinda understood that ultimately the entire Stronach empire was at risk if the cash drain wasnt stemmed, Ossip claims in his statement of defence.
Belinda Stronach doesnt make any allegations about her fathers mental health. She reaffirms her respect for her dad and laments the lawsuit is his pressure tactic to make her back down and continue funding his fanciful schemes.
None of the allegations in any of the statements of claim or defence have been tested in court.
Frank Stronach is infamous for turning his one-man shop in a Toronto garage into Magna International, the third-largest automotive supplier in the world.
His daughter claims hes always had a penchant for vanity projects: An energy drink that was to be advertised by lederhosen-clad women with the slogan it keeps you yodeling all night long; a $100 million investment of Magna cash in the Austrian soccer league in return for his being named president. He also wanted to establish an airline called Magna Air and an $800-million theme park in Austria.
After selling Magna, the billionaire and his daughter founded The Stronach Group. In 2013, Belinda says, he resigned following his election to the Austrian parliament and was given the ceremonial title of founder and honourary chairman.
He claims the resignation was temporary; his daughter maintains it was permanent.
Belinda took over the helm and TSG, the largest owner and operator of race tracks in North America, had racing and gaming revenues of $1.1 billion US in 2017.
Meanwhile, she says her father returned from Austria to pursue his unprofitable ventures on the TSG dime  including a failing golf course shut down in July and a $90.7 million US-losing electric bicycle business that was also shuttered.
She argues her father had to be reigned in  which the octogenarian business titan didnt like one bit.
And now instead of squandering cash on fanciful vanity projects, the family fortune seems destined to bleed from legal fees.
mmandel@postmedia.com
http://torontosun.com/news/local-new...s-even-nastier