spaminator
#1 Dec 29th, 2017
Ice bubble videos during Alberta cold snap go viral
Canadian Press
More from Canadian Press
Published:
December 28, 2017
Updated:
December 28, 2017 3:33 PM EST
A bubble in the process of freezing is seen in this Dec. 26, 2017, handout image.Chris Ratzlaff / via THE CANADIAN PRESS
CALGARY  Its cold enough on the prairies to make ice bubbles.
Calgary photographer Chris Ratzlaff spent part of Boxing Day outside, freezing and photographing bubbles.
He created the bubbles using a straw with a mixture of corn starch, dish soap and salt.
One of the videos taken as a bubble iced over has gone viral with more than 200,000 views.
When it gets really cold out and you are stuck inside and have nothing to do, you might as well go out and do something, he told The Canadian Press. Its a fun thing to do. Its a challenge when you get this cold to come up with something new and different to photograph.
Ratzlaff said he didnt expect the bubbles to generate so much interest.
People really like bubbles, he said. Its quite fascinating when it starts to catch on and it goes a little bit nuts.
People dont like the cold weather, but they like to see what you can do.
The weather in Calgary has been extremely cold all week. Temperatures were hovering around -30 C on Boxing Day when he took the video.
The cold snap is expected to lift next week. 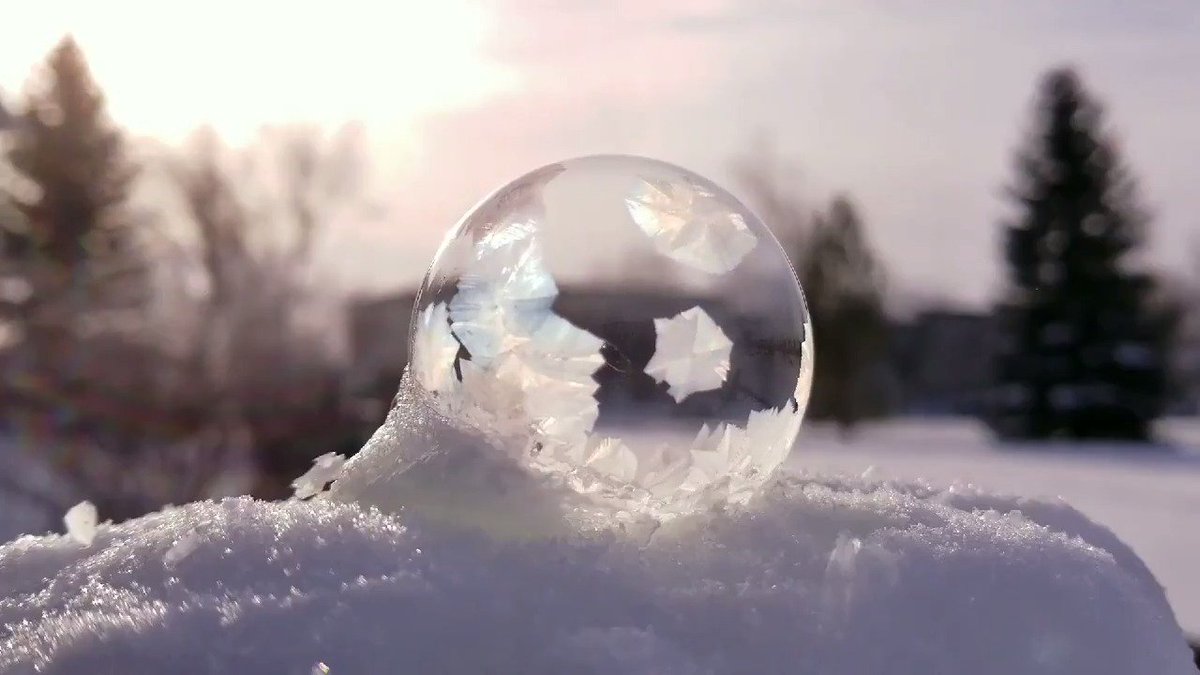