Blackleaf
#1 Sep 8th, 2019
A loony-tunes scaremongering Remainer doctor had his arse handed back to him by arch-Brexiteer Jacob Rees-Mogg on national radio...


RICHARD LITTLEJOHN: Project Fear latest - NHS doctor cries 'Bring out your dead'... but this scaremongering is a comedy skit to rival Peter Cook

By RICHARD LITTLEJOHN FOR THE DAILY MAIL
3 September 2019

Woke up this morning, as the theme song from The Sopranos goes. The clock said eight-something, but for a moment I thought Id been transported back in time.

Thirty-odd years ago, the late, great comedian Peter Cook used regularly to ring up the Clive Bull overnight show on LBC Radio  more often than not, after drink had been taken  pretending to be a Norwegian fisherman called Sven, who for some unknown reason had settled in land-locked Swiss Cottage, London NW3.

Cookie would engage Clive in long, rambling conversations about tench and carp. Clive, to his eternal credit, always played along, even though he knew it was a wind-up. 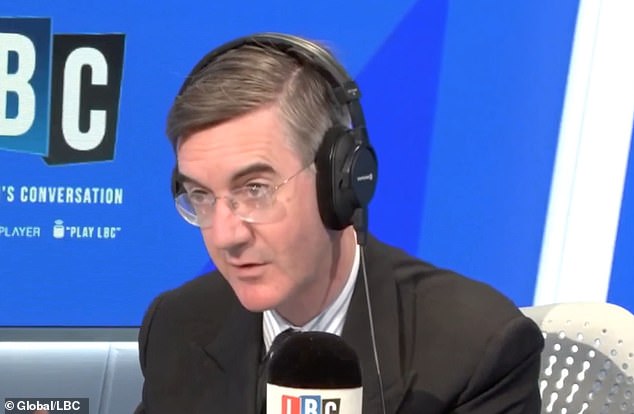 Mogg the Jakey went berserk, by his own standards, when accused of genocide by Doctor Death. He fumed that Nicholl was a Remoaner who was fear-mongering on public radio

On one occasion, Cook tried to persuade LBC to devote a programme every week to the topic of fish. In the most surreal phone-in Ive ever heard  and Ive done a few myself  the two of them get into a bizarre discussion about the Jewish delicacy, gefilte fish.

In Norway, we have a whole Gefilte Hour in the afternoon, says Cook. Its a childrens programme. We have quizzes and games: like  what is an anagram of gefilte?

Woke up this morning, as the theme song from The Sopranos goes. The clock said eight-something, but for a moment I thought Id been transported back in time

Oh, its the same, is it? Theres a lucky break, says Clive. How he kept a straight face, Ill never know. I defy you to listen to it without cracking up. You can find it on the internet.

Its right up there with the spectacularly filthy Derek and Clive, Live!  Pete and Duds alter egos  without the swearing.

Why am I telling you this, apart from the fact that its one of the funniest things youll ever hear?

Well, yesterday morning, the Nick Ferrari breakfast show on LBC featured a phone-in with Jacob Rees-Mogg, the new Leader of the House of Commons.

At some ungodly minute past eight  dont ask me exactly when, I was still sleeping off Spurs surrendering a two-goal lead at Highbury  they took a call from someone claiming to be a Dr David Nicholl.

Until then, I hadnt been paying much attention. Frankly, Im as bored with the Brexit shenanigans as most of you, which is why I havent bothered to write much about it over the summer.

Yesterday morning, the Nick Ferrari breakfast show on LBC featured a phone-in with Jacob Rees-Mogg, the new Leader of the House of Commons. People reacted on social media, above

One Twitter user referred to the woman on Question Time who had asked 'Who will serve my coffee in Pret?' when speaking about immigration

My ears pricked up when I heard Dr Nicholl ask Rees-Mogg what level of mortality rate the Government was prepared to accept in the event of a No Deal Brexit. Eh?

Doctor Death then went on to explain that he was one of the authors of the report published by Operation Yellowhammer, the Project Fear Apocalypse Now scenario wheeled out recently.

And he had concluded that in the event of Britain leaving the EU, we are all going to DIE!!!!!! Im not sure precisely why were all going to die, because I was convulsed with laughter.

It was as if Peter Cook had risen from his grave and decided to have a giggle over Brexit.

Then I remembered a piece I had written in March 2016, in the run-up to the EU referendum. It was based on a spoof article from the satirical magazine Private Eye, owned primarily by Cook, and published shortly before the 1975 European referendum.

It warned that in the event of our voting to leave the Common Market, as it was then called, Britain would be invaded by giant snakes  many of them millions of miles long  which would creep into our homes at the dead of night and eat our children in their beds.

I remarked that Project Fear 2.0 had obviously taken its cue from Private Eyes 40-year-old fantasy.

There was even a story around at the time about toxic caterpillars heading here from Holland once EU arboreal safety checks were abandoned, which seemed to be lifted almost wholesale from the million-mile-long-snakes sketch.

So, when I heard Doctor Death on the Ferrari show, it was a case of Deja Vu All Over Again, in the words of the great John Fogerty  front-man of swamp-rockers Creedence Clearwater Revival.

Even the normally unflappable Ferrari raised a Roger Moore-style eyebrow.

Was the good doctor really suggesting that people were going to DIE because Boris had prolonged the parliamentary recess for four or five days more than usual?

Not many, Uncle, as they say down the Winchester Club. Well be dropping like flies, according to Nicholl, who is described as a consultant neurologist.

The moment Boris raises the drawbridge  which he wont  well immediately run out of drugs to treat everything from schizophrenia to athletes wossname.

Bring out your dead! Whatever you think of the Moggster, you can never accuse him of discourtesy.

He positively hoses people down with genteel flattery  even managing to reduce the BBCs outgoing rottweiler John Humphrys to a swooning spinster last week.

But Mogg the Jakey went berserk, by his own standards, when accused of genocide by Doctor Death. He fumed that Nicholl was a Remoaner who was fear-mongering on public radio.

You could hear the whale-bone buttons popping on his double-breasted, pin-striped waistcoat, as he told Doctor Death he should be ashamed of himself.

To be fair, he had a point. How did a pro-EU fanatic like David Nicholl ever get put in charge of producing an impartial report on post-Brexit Britain?

How we could do with Peter Cook on top of his game right now.

Apart from Sven and E.L. Wisty, he is best remembered for his brilliant send-up of pompous Establishment figures, such as the judge in the Jeremy Thorpe trial  a skit written by the late Chris Booker, occasionally of this parish. You will now retire to consider your vote of Not Guilty.

Think what fun he could have had with Little Jean-Claude Bercow and his Disciples of Death.You will now hold a second referendum to vote Remain.

I suppose the Norway option is out of the question?

Youre listening to Nick Ferrari and Jacob Rees-Mogg on LBC. After the break, well be asking what Brexit has got to do with the price of gefilte fish.

Boris clearly feels the force is with him or he wouldnt risk a snap election. Still, the battle over Brexit increasingly resembles something from a science fiction movie.

The Government has adopted a Brexit dashboard, whatever that is, based on the Apollo space programme.

And the hardline No Brexit brigade have taken to branding themselves the Remain Alliance, like the rebels in Star Wars. Theres Klingons on the starboard bow, starboard bow . . .

Meanwhile, continuing the Hollywood theme, pipsqueak Speaker Bercow is setting himself up as The Joker  a mentally ill, nihilistic, stand-up comedian  hell-bent on stopping Batman Boris saving the day. Beam me up, Scotty. 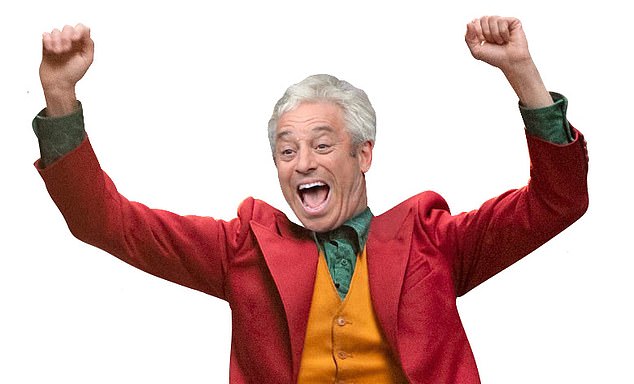 Pipsqueak Speaker Bercow is setting himself up as The Joker  a mentally ill, nihilistic, stand-up comedian  hell-bent on stopping Batman Boris saving the day