spaminator
#1 May 21st, 2019
Calvin Klein apologizes for 'queer-baiting' ad with Bella Hadid
WENN - World Entertainment News Network
Published:
May 20, 2019
Updated:
May 20, 2019 1:33 PM EDT
Bella Hadid, left, and Lil Miquela kiss in an ad for Calvin Klein. (Twitter screengrab)
Calvin Klein representatives have issued an apology after being accused of queer-baiting in their new advert starring Bella Hadid.
The label faced intense backlash from the LGBTQ community after the model kisses fictional female CGI influencer Lil Miquela in the latest video for the #MyTruth campaign.
Bella, 22, can be heard saying, Life is opening doors, creating new dreams that you never knew could exist, as she caresses Miquelas face.
The two then share a long kiss, before staring at each other as the light dims and the screen fades to black.
Viewers were outraged, and accused Calvin Klein of queer-baiting, a term which refers to the marketing technique in which a same-sex romance is hinted at to attract a queer audience and gain attention.
Who is gonna tell Calvin Klein youre supposed to wait until June for your tone-deaf queer-bait campaigns!! Lil Miquela and Bella Hadid out here smooching two weeks too early!!! New York Magazine writer Madison Kircher posted on Twitter.
The Calvin Klein ad where Bella Hadid makes out with Lil Miquela Stop using lesbianism to sell your clothing, another user shared.
Representatives for the label have since apologized for the ad, and said they simply wanted to promote freedom of expression for a wide range of identities.
We understand and acknowledge how featuring someone who identifies as heterosexual in a same-sex kiss could be perceived as queer-baiting. As a company with a longstanding tradition of advocating for LGTBQ+ rights, it was certainly not our intention to misrepresent the LGTBQ+ community. We sincerely regret any offence we caused, the statement read.
A$AP Rocky, Billie Eilish, Troye Sivan, Shawn Mendes, Noah Centineo, and Kendall Jenner also star in the #MyTruth ads.
A rep for Bella has yet to comment on the report.
Ancestry pulls ad after complaints it was romanticizing slavery
Fashion industrys struggle with racial insensitivity
H&M hires diversity leader after monkey hoodie scandal 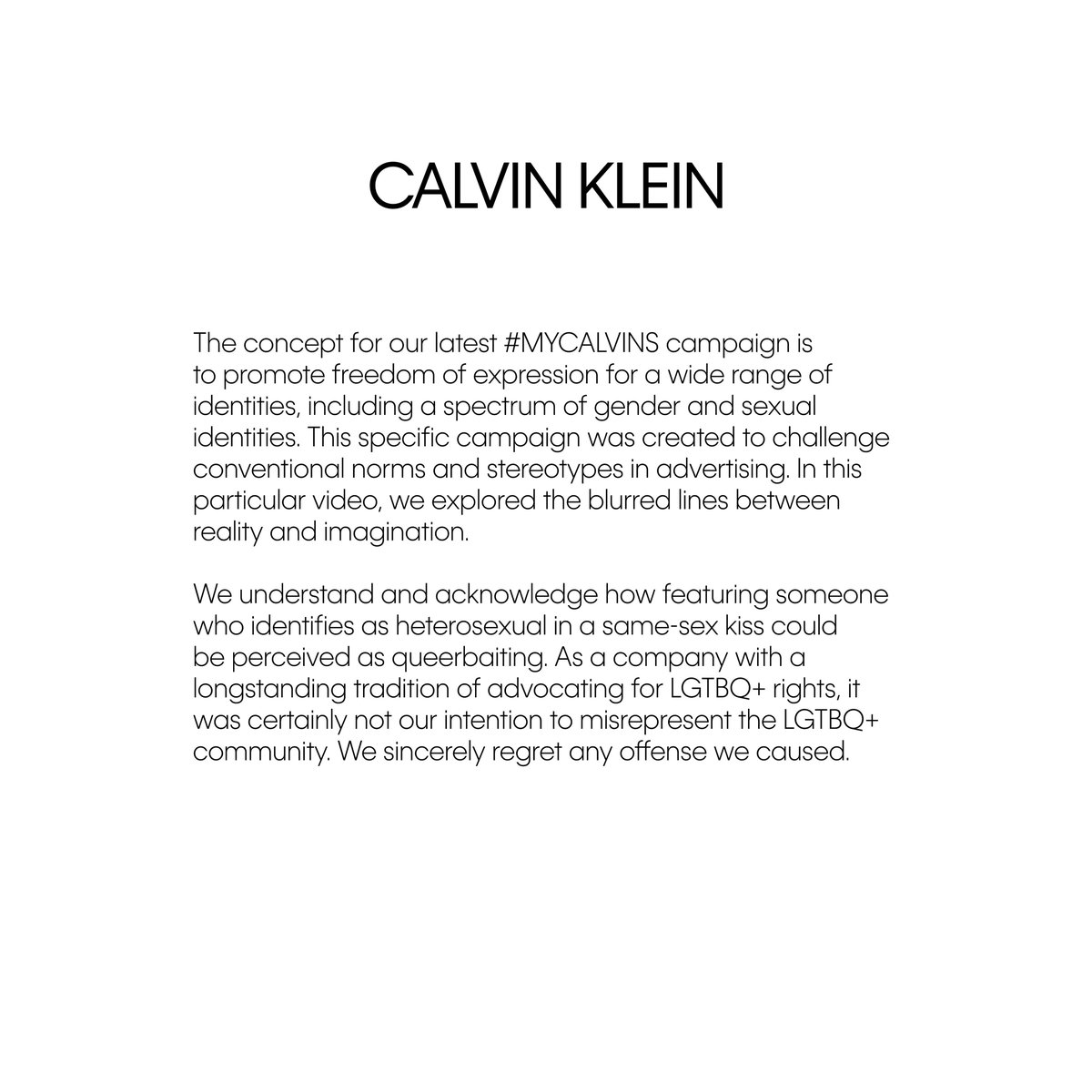 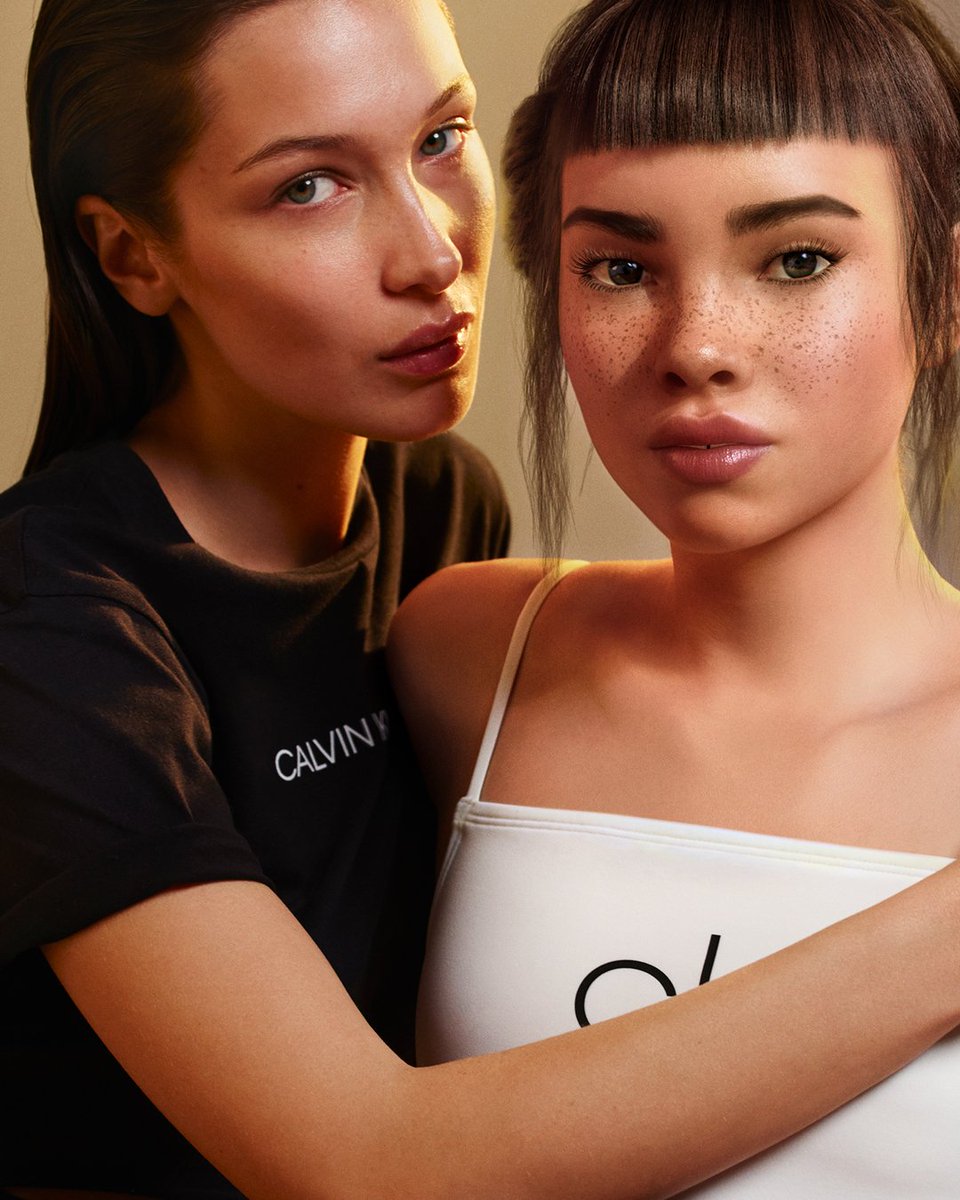