spaminator
#1 May 13th, 2016
Calvin Klein ad featuring upshot skirt photo blasted as pornography
By Victoria Revay , Postmedia Network
First posted: Thursday, May 12, 2016 11:56 AM EDT | Updated: Thursday, May 12, 2016 12:20 PM EDT
Models in their Calvins grabbing headlines is not a new thing. Remember a young Brooke Shields and how nothing gets in between her and her Calvins?
Yes, Calvin Klein has always, and does push boundaries, but the latest Calvin ad going viral and grabbing attention has really hit some nerves and its playing out in front of millions of people on social media.
Posted to Instagram on May 11, the pic featuring Danish actress Klara Kristen, 22, shows an upskirt shot of the actress, her underwear, inner thighs and buttocks visible with the caption: 'I flash in #mycalvins'. The slogan is part of the series of ads launched for the Spring 2016 campaign .
The pic is definitely racy, and might even sell more underwear, but the issue some have taken with it goes beyond fashion pushing boundaries and into sexual exploitation and abuse, some comparing it to child pornography.
patticake2222 says: "I can't believe this shot was even taken of a marketing campaign. How it got passed the second person is a wondera whole PR/Marketing Department??? Disgusting!!! Is this what our world has come to? Taking my undergarment and fashion $$$ elsewhere. This, Calvin Klein, doesn't look like child pornography--IT IS child pornography."
yami_steven says: "THIS IS DISGUSTING SENDING THE WRONG MESSAGE TO YOUNG GIRL OUT THERE, WHAT'S NEXT NUDE??? I ALWAYS GET THIS BRAND BUT I JUST LOST ME AS A COSTUMER. THIS IS WHAT MONEY DOES. I JUST SAW THIS CRAP ON THE NEWS DISGUSTING SORRY, THERE'S NO NEED TO SO LOW TO PROMOTE SOMETHING EVERY YEAR THIS BRAND GET SO SEXUAL NO NEED FOR THAT.... WHERE'S IS HER DIGNITY? I DON'T SEE IT AT ALL."
malamute53 writes: "Thank for encouraging men to take under skirt pics, use your platform to uplift women."
dezdmona comments: "You may not see anything wrong, but I guarantee this shot will be downloaded on every Pervert's computer. Thanks @CalvinKlein for doing the camera work for them and feeding their sickness. CK making the world a (less) safe place for our daughters, sisters & wives."
kiki_gotro says: "Where are you Women who raise daughters? This is not a "normal ad" we shouldn't get used too. Sex sells is not a reason to promote ad. Calvin be responsible"
Despite the harsh criticism, some simply equate this latest marketing push, as just that, clever marketing.
Bestrongbelieve comments: This is genius. Love it or hate it -- it's trending on Facebook and people are taking about Calvin Klein. Big marketing win and msjdunnI says: The ad has people talking and that is the point. Most of us advertising peeps complain that clients don't take risks and play it too safe. I love this.
What do you think? Is this ad wildly inappropriate? See the full ad below.
Calvin Klein's latest ad is really hitting some nerves. (Instagram/ calvinklein )

dezdmona comments: "You may not see anything wrong, but I guarantee this shot will be downloaded on every Pervert's computer. Thanks @CalvinKlein for doing the camera work for them and feeding their sickness. CK making the world a (less) safe place for our daughters, sisters & wives."


Some of these idiots need to get a serious grip. I see more than that on any given day at the beach ffs.

ONLY gerryh, would call this pornography.. but not call a Rapist a Rapist..

ONLY gerryh, would call this pornography.. but not call a Rapist a Rapist..

May 13th, 2016
The way any hint of a nipple has disappeared behind everyone wearing a few bras at a time we might be headed to making women wear something more modest than Muslim women are forced to wear.

May 13th, 2016
Nothing wrong with looking up a woman's skirt, so long as she's attractive and not a dog.

Pokadot panties should be a crime. 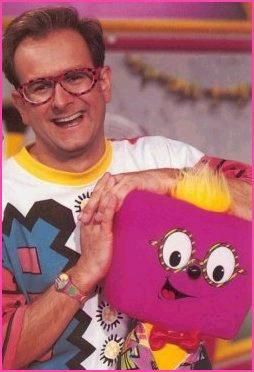 The Left eating the Left. Brings a tear to my eye.

May 13th, 2016
I have 3 grand-daughters and would be horrified if any of them posed like that. You can call me a prude if you want, I would rather be called names than allow any picture like that one be published of any female. Another thing. Do you really care what a woman's face look like when you are looking up her skirt


Who cares? The **** retentive, and those that have far too much time on their hands and will whine and bitch about anything.


That would take a level of intelligence that he does not possess.

Shot by photographer Harley Weir, the photo features an upskirt angle. Many people have called the ad 'disgusting', though Klara sees nothing wrong with the revealing shot and says she 'loves' it.