petros
+3
#1  Top Rated Post Sep 12th, 2019
The head of the World Meteorological Organization (WMO) issued an unprecedented rebuke to climate alarmists in an interview published by a Finnish magazine on Sept. 6.

Petteri Taalas, the secretary-general of the WMO, told Talouselämä magazine that he called for a calm and rational approach to the climate debate, and disagreed with those who are promoting end-of-the-world scenarios.

Now we should stay calm and ponder what is really the solution to this problem, Taalas told Talouselämä magazine. It is not going to be the end of the world. The world is just becoming more challenging. In parts of the globe, living conditions are becoming worse, but people have survived in harsh conditions.


Protect yourself against fake news. Get real news directly to your phone. Download The Epoch Times app here.

The WMO and the United Nations Environment Programme created the Intergovernmental Panel on Climate Change (IPCC) in 1988. Since then, the IPCC has become the leading institution worldwide to promote the theory that human activity contributes to global warming.

Taalas said that while skepticism of the human-activity theory has abated in recent years, climate scientists are under increasing assault from radical climate extremists.


While climate skepticism has become less of an issue, now we are being challenged from the other side. Climate experts have been attacked by these people and they claim that we should be much more radical. They are doomsters and extremists; they make threats, Taalas said.

The head of the WMO noted that the media in his country are creating additional anxiety.

The latest idea is that children are a negative thing. I am worried for young mothers, who are already under much pressure. This will only add to their burden, Taalas said.

While Taalas limited his examples to the climate debate to Finland, some of the extremism he references is akin to the rhetoric employed by climate alarmists in the United States. Democratic socialist Rep. Alexandria Ocasio-Cortez has become the face of that movement. The New York congresswoman regularly promoted the theory that the world will end in 12 years unless the United States takes radical action to eliminate carbon dioxide emissions.

The meteorologists are real scientists and probably fed up with Greta, Mann, Gore, & AOC catastrophists. Good on him, Moore wrote on Twitter on Sept. 7. AOC is the acronym commonly used to refer to Ocasio-Cortez. The three others named in the message are Michael Mann, a climatologist, Greta Thunberg, a 16-year-old Swedish student, and Al Gore, the former vice president.

Talaas pointed out that climate extremists are selectively picking out facts from the IPCC reports to fit their narrative. For example, Ocasio-Cortez and the movement she represents often refer to the 12-year deadline to end the use of fossil fuels. That 12-year timeline was selectively plucked from a range of 12 to 44 years in the IPCCs special report, which states that Global warming is likely to reach 1.5°C between 2030 and 2052 if it continues to increase at the current rate.

The IPCC reports have been read in a similar way to the Bible: you try to find certain pieces or sections from which you try to justify your extreme views. This resembles religious extremism, Taalas said.


The vast majority of the climate models the IPCC uses as the basis for its predictions have repeatedly incorrectly forecast higher temperatures. According to an analysis by the Cato Institute, 105 of the 108 models predicted a higher surface temperature for the period between 1998 and 2014 than the temperature actually recorded.

Sep 13th, 2019
I thought much of the world reached the tipping point and was going to end in 10 years, now what? Stop partying until extinction? Save my liver in case the world doesn't end? Such confusion, big decisions have to be made, do I prepare for the end or not?

Sep 13th, 2019
" Taalas told Talouselämä magazine. It is not going to be the end of the world. The world is just becoming more challenging. In parts of the globe, living conditions are becoming worse..."

Great to see the SC of the WMO admit there is an issue. I wonder if it will have any affect on deniers.

" Taalas told Talouselämä magazine. “It is not going to be the end of the world. The world is just becoming more challenging. In parts of the globe, living conditions are becoming worse..."

...but people have survived in harsh conditions."


Good to see him admit it's not a death sentence.

" Taalas told Talouselämä magazine. It is not going to be the end of the world. The world is just becoming more challenging. In parts of the globe, living conditions are becoming worse..."
Great to see the SC of the WMO admit there is an issue. I wonder if it will have any affect on deniers.

Do you deny that climate has changed since atmosphere formed around the Earth?

Sep 15th, 2019
It's a quick way to stigmatize (calling them a 'denier' on the topic of climate) someone in a derogatory manner when you don't actually have a valid argument to debate a legitimate skeptical scientific concern. I don't think there's any (or at least many) that claim that climate never changes so at best calling someone a Climate Change Denier is disingenuous and a demonstration of either a lack of mature ability to debate.

Climate changes. Lets just get that out of the way.

What are the primary drives though? If someone questions that human activity is the primary driver of climate changing isn't denying that climate changes, & calling someone who questions the influences of Volcanism or solar cycles or elliptical orbits our place at any given time in the galaxy and it's various alignments vs or in addition to human activity a Climate Change Denier is a sign of a weak argument against their questions. I feel sorry for those that have to resort to using this misleading label as opposed to being able to actually debate. Just my opinion.

Sep 15th, 2019
Here's some wise words from Dr. Anastasios Tsonis (you can google him): http://en.wikipedia.org/wiki/Anastasios_Tsonis

In the current state of affairs regarding global warming, opinion is divided into two major factions. A large portion of climate scientists argues that most, if not all, of the recent warming is due to anthropogenic effects, which originate largely from carbon dioxide emissions from the burning of fossil fuels. Another portion is on the other extreme: Those who argue that humans have nothing to do with global warming and that all this fuss is a conspiracy to bring the industrial world down.

In the realm of deniers, skeptics and believers, science has been compromised. I usually dont bother with pseudo-scientists, media and ignorant people abusing the freedom of the Internet by writing and posting nonsense comments. But I have grown wary of what is going on with the debate on the overblown and misdirected issue of global warming  a case in point being Meet the Press host Chuck Todd saying he will no longer give time to global warming deniers and also that the science is settled.

The fact that scientists who show results not aligned with the mainstream are labeled deniers is the backward mentality. We dont live in the medieval times, when Galileo had to admit to something that he knew was wrong to save his life. Science is all about proving, not believing. In that regard, I am a skeptic not just about global warming but also about many other aspects of science.

All scientists should be skeptics. Climate is too complicated to attribute its variability to one cause. We first need to understand the natural climate variability (which we clearly dont; I can debate anybody on this issue). Only then we can assess the magnitude and reasons of climate change. Science would have never advanced if it were not for the skeptics. All model projections made for the 21st century failed to predict the slowdown of the planets warming despite the fact that carbon dioxide emissions kept on increasing. Science is never settled. If science were settled, then we should pack things up and go home.

Very often, when I talk to the public or the media about global warming (a low-frequency positive trend in global temperature in the last 120 years or so), they ask me the unfortunate question if I believe in global warming. And I say unfortunate because when we are dealing with a scientific problem believing has no place. In science, we either prove or disprove. We believe only when we cannot possibly prove a truth. For example, we may believe in reincarnation or an afterlife but we cannot prove either.

My research over the years is focused on climate variability and climate dynamics. It is my educated opinion that many forces have shaped global temperature variation. Human activity, the oceans, extraterrestrial forces (solar activity and cosmic rays) and other factors are all in the mix. It may very well be that human activity is the primary reason, but having no strong evidence of the actual percent effect of these three major players, I will attribute 1/3 to each one of them.

Two final points. First, all the interactions of humans with the environment are part of our technological evolution. During this evolution, we could not go directly from living in the dark ages to a clean energy technology. There was no other way but to use fossil fuels and other pollution-producing agents. Is this enough to ruin the planet by altering the climate system, a system that has undergone major changes throughout the ages?

Second, while we should try our best to take care of our planet, global warming is not the only urgent planetary emergency. Overpopulation, poverty, infectious diseases and the effect of globalization in spreading them, the water crisis, energy and food availability and safety, political instability and terrorism, the global economy, even cyber security, are far more urgent problems with potentially catastrophic results for humanity.

Sep 15th, 2019
Oh yeah, lets address this before someone cites it without looking for it's origin or basis in reality:

What were the criteria for rejecting 3069 respondents? There was no mention that 75 out of 3146 is 2.38 per cent. We did not hear that 2.38 per cent of climate scientists with a self-interest agreed that humans have played a significant role in changing climate and that they are recipients of some of the billions spent annually on climate research.

" Taalas told Talouselämä magazine. It is not going to be the end of the world. The world is just becoming more challenging. In parts of the globe, living conditions are becoming worse..."

Great to see the SC of the WMO admit there is an issue. I wonder if it will have any affect on deniers.

You do realize that your selectively edited quote is EXACTLY the kind of problem Taalas is talking about. Cherry pick what you want, ignore the rest.

Sep 16th, 2019
I don't want anything. Does it bother you that he admits there is a problem? 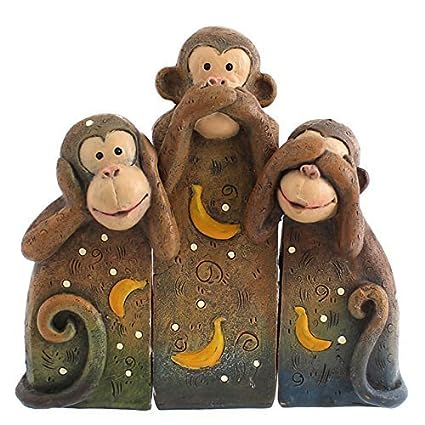 Its what Progs do.

Its what Progs do.