truth can be stated a lot more diplomatically and tactfully. (and civil) No need to be verbally gross..

for some odd reason the liberals have support everywhere.


And Macron was whispering in his idiot ear: 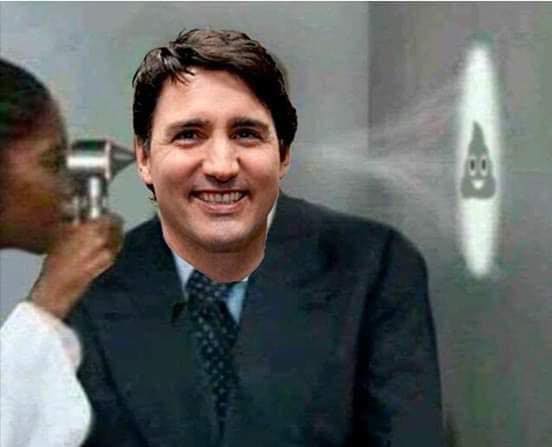 
Our idiot Boy has just lambasted a bunch of recently and


for- as he calls it : "Threatening national unity over the tanker

ban and the objections to the LIE-beral carbon crap and


AND his entire cabal of PIGS wallowing in the govt trough.....


says THE PREMIERS - and the people who elected them


Never mind the economic chaos that will result from LIE-


beral BIGOTRY in favour of drugged and drunken and ill-


Never mind that the idiot Boy has made us the laughing


Never mind that Canada has become a WORLD LEADER in


Never mind the growing national security issues as our


Never mind the security issues that are building by the day


because of our safe havens for criminal gangs, LIE-beral AID

to Hamas terrorists, our refusal to make any meaningful effort

Never mind the hordes of illegals who have come to Canada


thanks to LIE-beral encouragement that includes tending to

the illegals FOR LIFE since they lack the language and


Our idiot Boy and his loser LIE-berals have created an


that they blame on the people who are being ELECTED TO

I don't think anyone is going to go out of their way to vote for Scheer.

The only bumps he ever has in the polls are when Trudeau stumbles.


So far he seems to be a nonentity. MAYBE he'll do good things, though maybe not. MAYBE he'll have some good ideas, though he hasn't mentioned any so far. MAYBE he'll show more courage than Trudeau in dealing with other countries (hard to show less).

We can be reasonably sure that at least he will reverse the Liberal attempts at destroying our natural resources industries. Beyond that, who knows?

But we know the current occupant is a shallow, narcissistic moron. Scheer would have to really work at it to be worse.

indeed there are many things about being Prime Minister that are too hard for Scheer.

Like representing Canadians regardless of their race sex creed colour sexual orientation...


Trudeau is a shallow progressive. As such the people he cares about are the ones in the progressive hierarchy of identity groups.
The very lowest on that list are straight white women.

Jun 13th, 2019
How can you represent the people if you don't love the people?

Mt Harper proved that beyond any doubt

So far he seems to be a nonentity. MAYBE he'll do good things, though maybe not. MAYBE he'll have some good ideas, though he hasn't mentioned any so far. MAYBE he'll show more courage than Trudeau in dealing with other countries (hard to show less).

We can be reasonably sure that at least he will reverse the Liberal attempts at destroying our natural resources industries. Beyond that, who knows?

But we know the current occupant is a shallow, narcissistic moron. Scheer would have to really work at it to be worse.

Jun 13th, 2019
Colby Cosh: Trudeau and the Gang of Six: A PM undone by his own handiwork

Theres almost no other way to put it: the prime minister seems to be losing his marbles.


On Monday, the premiers of five provinces and the Northwest Territories sent him a polite, conventional open letter raising familiar concerns with the Liberal governments resource bills C-69 (which creates a new regime for federal review of big infrastructure projects) and C-48 (the ban on oil tanker traffic along most of B.C.s coast).

The premiers, who included the three Prairie conservatives, Ontarios Doug Ford, and New Brunswicks Blaine Higgs, didnt say anything you havent heard before. They claimed that C-69 is a reform that makes things worse for megaproject investors, who are already shying away from Canada, and that as passed by the House of Commons it tramples provincial responsibility for resource development. The tanker ban, they added, is just the putrid icing on the toxic C-69 cake.

There is some firm language in the premiers letter. They warn that The federal government must recognize the exclusive role provinces and territories have over the management of our non-renewable natural resource development or risk creating a Constitutional crisis. C-48 in particular, they say, will have detrimental effects on national unity.

This does not seem like an especially outrageous warning to deliver. Canada is, the last time anyone checked, a federation. Because Fords name is on the letter, the signatories represent more than half the countrys population, and in particular the interest of that half in resource revenue and jobs. The tanker ban, almost by definition, sacrifices the general welfare of a resource-reliant national economy and federal treasury for the perceived protection of one thinly populated region. That may be a worthwhile tradeoff on utilitarian grounds, but from a national unity standpoint it is inescapably what it is: a choice between what two different groups of Canadians want.

But for some reason, as my colleagues Don Braid and Matt Gurney have described, the PM went kinda bananas, calling the signers of the letter absolutely irresponsible and accusing them of threatening national unity by pointing out the disunifying nature of the Liberal bills. Trudeau added that Anyone who wants to be prime minister, like Andrew Scheer, needs to condemn those attacks on national unity.

Trudeau seems to have decided that attacks on national unity, which consisted entirely of speaking in its defence, were a promising wedge issue. The Will X at long last rise to his feet and denounce Y? rhetorical trope is usually reserved for situations in which Y is some hate group or nefarious cult, and maybe that is how Trudeau regards the gang of six letter-signers.

Yet their offensive epistle actually endorses the Senates amended version of C-69 and begs for it to be adopted. Youll recall that after hearing its own evidence on the impact of the bill, the Senate split up into its Conservative and Independent camps, returned with separate lists of legislative improvements, and found that they matched almost perfectly. They were, with relative ease, able to reach agreement on a sober second version of the bill to send back to the House.

Is the Senate also to be considered an attacker of national unity? Even in its primordial 1867 state, that chamber is intended to be a place where provincial and regional interests receive special care. (Again: Canada  its a federation!) Then, at a later point in Canadian history, the institution found its most radical reviser, a certain Rt. Hon. J.P.J. Trudeau. This obscure Canadian historical figure tried to increase the diminishing prestige of the Senate by making new appointments independent of the PMO and by disconnecting the Liberal Senate caucus from its brethren in the House.

The hard work done by the Senate on C-69 and its relatively aggressive advocacy for revision of C-69 is entirely a product of these changes. The detached Independent senators took Trudeau at his word, behaved independently and, lo and behold, found that they agreed with the Conservatives on a buncha stuff. Now Conservative premiers are praising the Senates craftsmanship. And Trudeau has no more intelligent or strategic reaction than a sloppy, goofy rant about unity?

Frankly, from an admittedly less-than-ideal Alberta perspective, passing the revised C-69 and C-48 together looks like it might be a good recipe for Trudeau. The letter, while grumbling about the tanker ban, practically invites this approach. When it comes time to campaign in a few months, the PM could take credit for the work of his Senate, pat himself on the back for responding to the concerns of the premiers, and boast to eco-sensitive voters that he was able to go ahead with core protection for the allegedly vulnerable B.C. coast.

Instead he is indulging in warlike off-the-cuff talk that can only attract continued sarcastic remarks about his sunny ways. Hey, I was never a big fan of the idea of a sunny Liberal prime minister either, but I cannot say I enjoy the spectacle of a paranoid and unhinged one.

indeed there are many things about being Prime Minister that are too hard for Scheer.

Like representing Canadians regardless of their race sex creed colour sexual orientation...

As will the social conservatives. Unfortunately, they have taken over the Conservative and Republican parties.


Then I'm sure you can enlighten us about the many socially conservative policies the Conservative Party has announced.

How can you represent the people if you don't love the people?

Mt Harper proved that beyond any doubt


Love the people? What kind of progressive drivel is that? Harper at least loved his country. Trudeau pretty much announced that he only loves it if it agrees with his social views. And if not, it's au revoir, I'm off to support an independent Quebec! 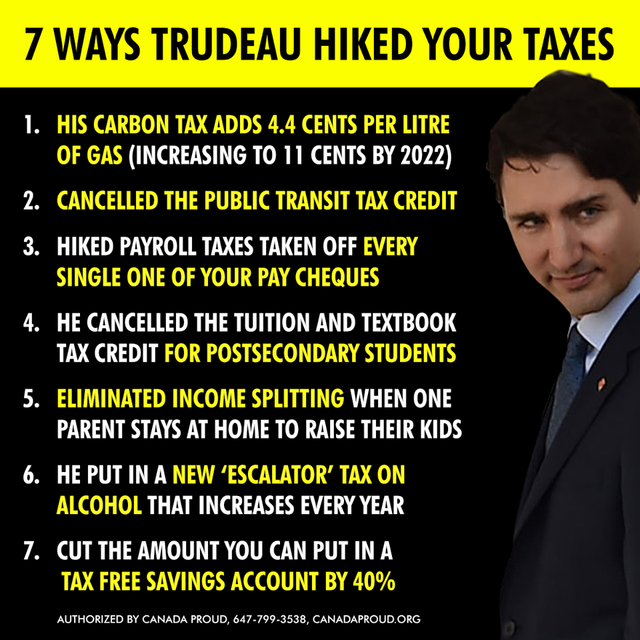 How can you represent the people if you don't love the people?
You can't.
Mt Harper proved that beyond any doubt

ROFLMFAO. That is without a doubt your stupidist statement yet.

ROFLMFAO. That is without a doubt your stupidist statement yet.

Nah , he has made dumber comments , hard to believe .

"My mother just recently passed at the age of 91. She was smart. She was strong. She was a leader. This video is dedicated to her and amazing women everywhere that are getting the job done." -Keb' Mo'