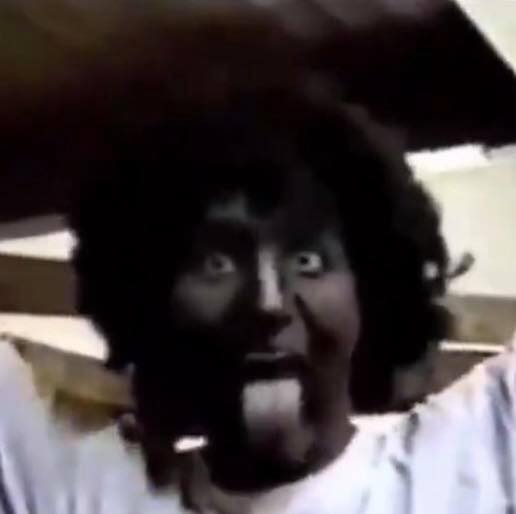 Nov 24th, 2019
It's sad to think that this idiot got re-elected by the same half-witted troglodytes that got Cherry fired for having an opinion about poppies. I weep for Canada. his code name is black beauty.

It's sad to think that this idiot got re-elected by the same half-witted troglodytes that got Cherry fired for having an opinion about poppies. I weep for Canada.

No, it shows that leftists are about as bright a three watt bulb on a sunny day with a healthy does of complete and utter cognitive dissonance.


Maybe Cherry should have done his poppy "rant" wearing Black face and dressed up all Bollywood.

Back to Lesser/Lower Slobbovia with your seldom washed carcass, Boris.

No, it shows that leftists are about as bright a three watt bulb on a sunny day with a healthy does of complete and utter cognitive dissonance.
Maybe Cherry should have done his poppy "rant" wearing Black face and dressed up all Bollywood.

It isnt just leftist that voted for Trudeau or someone other than the Conservatives. Their (and your) message just isnt saleable.

A triple E senate would balance the power.......

Nov 25th, 2019
Yep, a Triple E senate would "balance" the power - maybe - but you can't convince some provinces to give up the power (i.e. senate seats) for the good of the nation - that's simply too much to ask.

Nov 25th, 2019
Equal senate representation would be disastrous. All one has to do is look south to see the failings in that system


I was on the way home from the grocery store and passed a bus shelter with a provocative ad in the window- it showed a woman at a computer with a caption
that not all classrooms have walls and doors!!!!!!!!!!!!!!!!!!!!

And yet our Ontari-owe teacher HOGS are prepared to GO TO WAR WITH DOUG FORD over his idea for MANDATORY online classes!!!!!!!!!!!!!!!!!!!

Yes - George Brown College - which must PERSUADE STUDENTS to sign on - in competition with other colleges - is advertising the convenience of online learning - while OSSTF - our high school teachers are fighting tooth and nail to maintain their MONOPOLY STRANGLE- HOLD on our education system!!!!!!!!!!!!!!!!!!!!!!!!!!!!!

NO NEED for OSSTF to PERSUADE students - OSSTF LOVES THAT CAPTIVE AUDIENCE that may be exploited and tax gouged as necessary - if only Doug Ford would get out of the way - and let the SOVIET OSSTF COMMISSARS DO AS THEY PLEASE WITH OUR KIDS AND OUR TAX MONEY!!!!!!!!!!!!!!

For HOGS- their ONLY INTEREST is control of their education monopoly!!!!!!!

These people are making 19th century ROBBER BARONS LOOK MORALLY GOOD by comparison!! At least J.P. Morgan and the Vanderbilt`s and other business PIRATES did not try to cloak themselves in moral virtue our HOGS DO - with their WHINING about fair play and civil rights that they are using to defend their greed at our expense!!!!!!!!!!!!!!!!!!!!
The UTTERLY ARROGANT HOG TAIL wants to wag the province with its MONOPOLY and its always expanding voting bloc!!!!!!!!!!!!!!!!!!!!!

In other news - Doug Ford says we need tougher bail conditions for gang bangers and he says we should throw away the key when locking up thugs!!!!!!!!!!!!!!!!!!!

Ford is ONLY HALF right!! Tighter bail conditions ARE NOT THE ANSWER - because LIE-beral hug a thug judges give THREE DAYS CREDIT FOR EACH DAY SERVED while thugs sit in jail waiting for trial!!!!!!!!!!!!!!!!!!!!!!

LIE-berals think it is logical to look at a thug facing a total of ten years behind bars -and let him serve ALL THREE SENTENCES SIMULTANEOUSLY - meaning the ASSHAT is sentenced to ten years that are magically changed into FIVE YEARS by concurrent LIE-beral sentencing AND THEN LIE-berals GIVE TIME OFF that meager five years - FOR GOOD BEHAVIOUR!!!!!!!!!!!!!!!!!!!!!!

In other news - Teachers whine that Ford Cuts are damaging education!!

But it is TEACHER UNIONS AND SCHOOL TRUSTEES who are behind the move to FIRE some teachers - so the survivors can SHARE THE EXTRA GRAVY!

Teachers have become like bank robbers who are bumping each other off so they will not have to SHARE THE LOOT with so many members!!!!!!!!!!!!!!!!

The school Trustee gang has also embraced this method of getting a bigger share!!!!

Bump off teachers and save on salaries- so trustees will have more cash to repair schools they have neglected and allowed to ROT for so long - because so much of school board funding goes to HOG GRAVY that there is NONE left for school repairs!!!!!!!!!!!!!!!!!!!!!!!!!!!

This is an IDEAL SITUATION for Teacher Hogs and Trustees since they get to do as they please and screw both the public and govt - and BLAME IT ALL ON FORD!!!!!!!

LIE-berals whine that Doug Ford broke Ontari-owe law by killing the LIE-beral carbon crap and trade tax SCAM WITHOUT first indulging in 30 days worth of consultations with the public!!!!!!!!!!!!!!!!!!!!!!!!!!

But LIE-berals IGNORE REALITY - in the form of the 2018 Ontari-owe election in which Ford CONSISTENTLY STATED that if elected he would kill the LIE-beral carbon SCAM!!!!!!!!!!!!!!!!!!!

Thios of course is the GREAT ISSUE for LIE-berals and the reason for their SOUR GRAPES - that THEY WOULD BE REJECTED in favour of Ford - who most LIE-berals regard as a mouth breathing Troglodyte!!!!!!!!!!!

Would it not have been easier to pay for kids Autism treatment in Ontari-owe if LIE-berals had not wasted a BILLION dollars on the gas plant scandal???????

Would it not be easier to pay our bills if LIE-berals had not decided that hugely costly green energy price gouging was the solution to our govt debt problems?????

And would it not be easier to pay our bills if LIE-berals had not spent so very much money BUYING civil service union HOG votes???????????????

Why is it that the people who are most likely to tell us not to worry about our huge debts- are the very people who benefit most from that govt debt?????????

Why is it that teachers cry about Ford education cuts - even though his budget is two billion dollars HIGHER than the LIE-beral version????????????????

How is it that teachers cry about the Ford mandated devastation in schools -but it is actually SCHOOL BOARDS who will be making most of the cuts - to support staff, school cleaning and to heat and maintenance in order to give teachers the gravy they feel entitled to!!!!!!!!!!!!!!!!!

Is it fair that teachers with their monopoly stranglehold on education - should be able to FORCE elected leaders to cannibalize other sections of the system in order to dig up MORE GRAVY FOR TEACHERS????????????????????????

Toronto Sun writer Christina Blizzard did an article on the gross IMBALANCE Wynne-bag LIE-berals were promoting - in which funding for teachers rose FIFTY PERCENT FASTER than did funding for health - IN SPITE of the falling number of kids in our school system - and the SOARING NUMBER of patients needing medical care!!!!!!!!!!!!!!!!!!!!!!!!!!!!

Why is it that when a civil servant getting ONE THIRD MORE pay than a person in the private sector doing the same job- has a wage freeze- it is a sign of Conservative govt dictatorship - but when a govt union with a monopoly stranglehold on an essential service GOES TO WAR with our elected govt for more gravy -the HOGS Claim they are merely asking for fairness???????????????

How fair is it that a bunch of HOGS - who represent ONLY A MINORITY OF CDNS feel entitled to BULLY an elected govt that is struggling to keep us from sliding into bankruptcy thanks to RECORD levels of LIE-beral debt????????????

Teachers tell us that if they do not get the gravy they are demanding - then our KIDS WILL SUFFER- with lower graduation rates and lesser job skills!!!!!!!!!!!!!

Southern Dick of Ontario to be exact


between the gizmo he is using to find photos


and the Demon Santa and enslaved workers.....