Is Curling still televised? I
The Brier used to be big in the
80s on CBC.

I'd assume somewhere there has ice.

I just Googled it. Yes, it is at the Leduc Rec Centre. Not surprised. That place has everything, including a restaurant, a Tim Hortons, and an RCMP booth. Possibly the bargest recreation centre in Alberta. 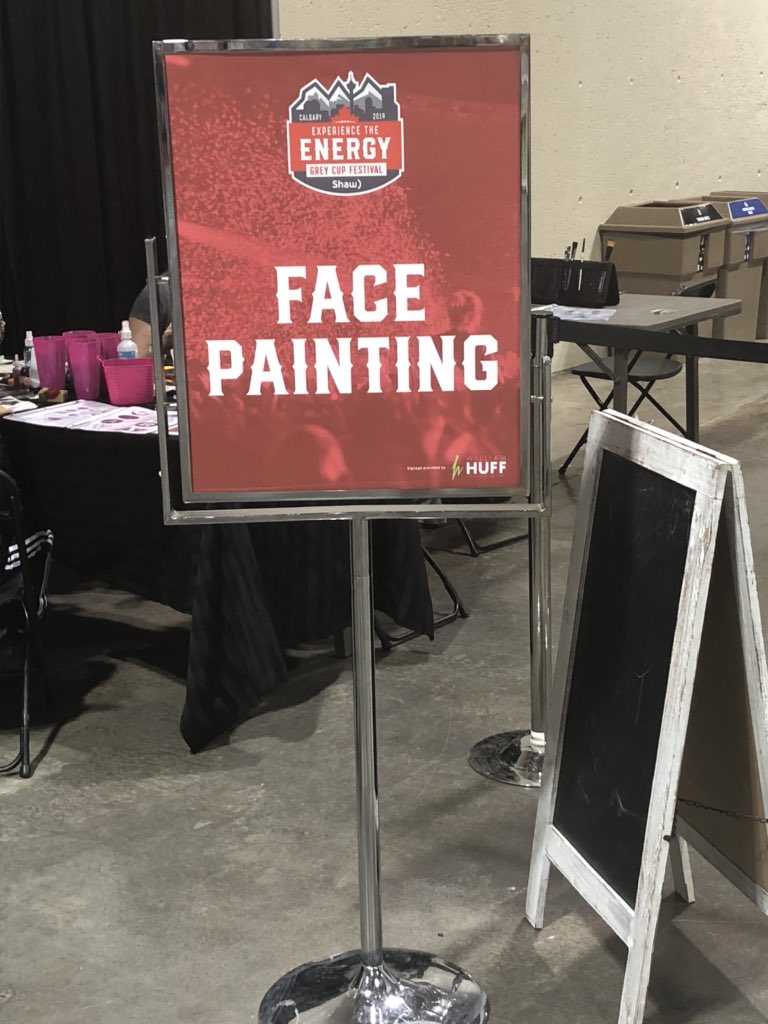 Were they expecting Justin to show up at Grey Cup?

Nov 30th, 2019
You might get your wish Mowich, McAdon't could be done with the Riders.


The Saskatchewan Roughriders are pleased to announce that five of their players have been chosen to the CFL All-Star team. Three players from the Green and White were selected on offence, and two were selected on defence.

The CFL All-Stars were selected by members of the Football Reporters of Canada (FRC) and CFL head coaches. In total, 49 voters contributed to the selection of the 27 all-stars.

Cody Fajardo (Quarterback): After being pressed into action in the first game of the 2019 season, Cody Fajardo took the ball and ran with it – quite literally – leading the Roughriders to a 13-5 record and first place in the West Division for the first time since 2009. The first-year starter led the league with 4,302 passing yards. Fajardo threw for 18 touchdowns in 2019 and added an additional 611 rushing yards and 10 touchdowns. He was named a Top Performer of the Week in weeks three, eight and 20. Fajardo was also named the West Division’s Most Outstanding Player.

Shaq Evans (Receiver): Registering 72 receptions for 1,334 receiving yards and five touchdowns, Shaq Evans had an incredible 2019 season. Evans is a master at the 50/50 ball and is a threat every time he steps on the field, earning more than 100 yards receiving in six games this season including a 193-yard game against Winnipeg. He led the CFL in average yards per catch at 18.6 and in 30+ yard receptions with 15. Evans was named Top Performer of the Week in weeks six and 17.

Dan Clark (Centre): Clark has been a veteran leader for the Riders this season, supporting his teammates on and off the field. A stalwart on an offensive line that saw many changes due to injury, Clark anchored a fierce group that allowed just 37 sacks. The offensive line also opened holes for the run game, which averaged 112.8 yards per game for a total of 2,030 yards and a league-high 26 rushing touchdowns. After overcoming injuries from a serious car accident before training camp, Clark went on to play every game this season, including his 100th career game on July 27 against the BC Lions. Clark was the Roughriders 2019 nominee for Most Outstanding Offensive Lineman.

Charleston Hughes (Defensive End): Hughes continued to wreak havoc on CFL quarterbacks this season, amassing a league-leading 16 sacks, while also adding 50 tackles, four forced fumbles and two fumble recoveries – one of which he returned for a touchdown. Hughes was named CFL Top Performer of the Month in July and September and a Top Performer of the Week in week six. He’s ranked eighth among all-time league leaders for sacks with a career total of 130. This is Hughes’ eighth time as a West Division All-Star after being named in 2010, 2012, 2013, 2015, 2016, 2017 and 2018. Hughes was the Roughriders 2019 nominee for Most Outstanding Defensive Player.

Quite the honor for our young Cody - being picked to QB the All-Star team - I could not be happier for him and the team. He earned every yard that got him the position. Well done lad. And congrats to the rest of our Rider All-Stars - again well-earned.

You might get your wish Mowich, McAdon't could be done with the Riders.


He'll be interviewing with the Redblacks this coming week Pete. We can only hope. Next thing is who do we bring in as a replacement? I hope Craig has some good candidates in mind. There was a flurry of comment on the Rider forum about Damon Allen looking for an OC position in the league. He was an outstanding QB but has zero experience as a coach - of any kind. The last thing the offense needs is someone who is learning on the job - been there done that.

McAdoo would'd be an improvement for the Arbys that's for sure but he's not a cup winner.

McAdoo would be an improvement for the Arbys that's for sure but he's not a cup winner.

Still, if they want him they are more than welcome to him. Rob Vanstone made a great analogy when he was chatting with Murray McCormick in his Podcast. Murray was going on about McDoDo's body of work during the season and how that should be taken into consideration. Rob replied that one could be a star at Casino Rama but if they bomb at Carnegie Hall that is what they will be remembered for - just as McDoDo will always wear those three missed TDs.

Dec 5th, 2019
Rob Vanstone has made it known that the Riders have asked leave of the Edmonton Eskimos to interview Jason Maas as our new OC in the event that McDodo leaves. (Please Universe - make it so) Though not a fan of Maas' due to his may intemperate outbursts on the sidelines towards his players, I do believe that he might do well under the tutorship of our Craig Dickenson.

Dave Naylor reporting that he signed with the Riders


The Rider forum is abuzz with the news, pete. The vast majority are 100% behind the hire. I grabbed this from the forum.

"Looking back through his time as an Offensive Coordinator over the past 5 seasons, its hard to argue with the success of his offence. Here is Jason Maas passing and touchdown numbers over that stretch:

I'd say his record speaks for itself, pete and is a great endorsement for the hire.

Apparently, Cody is happy about our new hire after having a meeting with Jason. Seems they are on the same page when it comes to making our offense much more effective. Early days, pete but I am already excited for the season to start. BTW, Shiver's contract was renewed and that's a good thing too.