Blackleaf
#1 May 18th, 2019
The 64th Eurovision Song Contest gets underway tonight in Tel Aviv. The Netherlands are the favourite to win, being represented by Duncan Laurence and the song "Arcade." But it's the Icelandic act which looks set to make the big headlines...

The Icelandic band Hatari have said that their song 'Hatred Will Prevail' is a warning about the rising tide of populism, and with Madonna being confirmed as a performer at the finale, the resulting maelstrom threatens to overshadow the UK's efforts for a first win since Katrina and the Waves' victory in 1997. Flying the flag for Britain is Michael Rice, a former X Factor contestant, with Bigger Than Us. He said: 'We aren't a popular country in Europe. Everything is against us. But if we sent a decent song we'd do okay.' 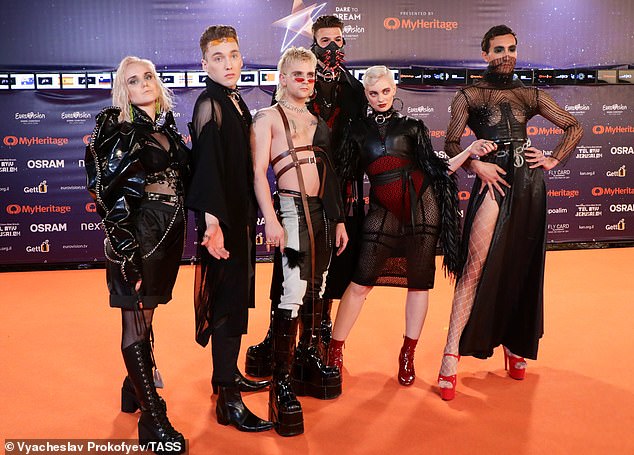 Members of the techno punk band Hatari representing Iceland, pose at the opening ceremony of the 2019 Eurovision Song Contest. The group has sparked controversy with it's politically charged song 'Hatred Will Prevail'
Last edited by Blackleaf; May 18th, 2019 at 06:00 AM..

The 64th Eurovision Song Contest gets underway tonight in Tel Aviv. The Netherlands are the favourite to win, being represented by Duncan Laurence and the song "Arcade." But it's the Icelandic act which looks set to make the big headlines...

Members of the techno punk band Hatari representing Iceland, pose at the opening ceremony of the 2019 Eurovision Song Contest. The group has sparked controversy with it's politically charged song 'Hatred Will Prevail'

Europe in all its glory.

Europe in all its glory.

I'm sure that the Hasidim in Israel, where the contest is being held, are suitably impressed.

We wonder that about you. 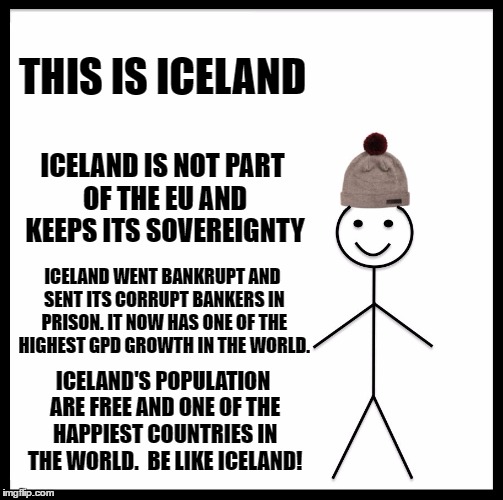 The Netherlands have won the Eurovision Song Contest for the first time since 1975. They were the favourites before the show and got a total of 492 points in Tel Aviv.

The winning song was "Arcade" by Duncan Laurence.

Meanwhile the United Kingdom finished last, picking up just 16 points. The song was "Bigger Than Us" by Michael Rice.

The loudest performers of the night were definitely Hatari, representing Iceland with the song "Hatrið mun sigra" ("Hate Will Prevail"), and finished 10th with 234 points.

They caused controversy during the voting by holding up Palestine flags.

PS I noticed that Britain came dead last in that cheesy jingle contest.

I'll bet that the Palestinians wish they didn't.
PS I noticed that Britain came dead last in that cheesy jingle contest.

Well Eurovision is similar to the EU for Britain in that Britain is one of the big five financial contributors to the project, giving a huge amount of taxpayers' money to it each year, yet gets very little of benefit in return, except sneers, jibes and huge amount of anti-Britishness.

What should happen is that Britain should take part in the 2020 competition in the Netherlands and if it finishes bottom or near to the bottom again then it should Brexit the competition, or at least take part but stop making financial contributions to it.

May 19th, 2019
"Eurovision" is the punchline of jokes on this side of the Atlantic.

"Eurovision" is the punchline of jokes on this side of the Atlantic.

It is here in the UK, too, especially in recent years when it's become a tool for queer rights activists and feminazis.

Like many other organisations and competitions and TV shows, it was once great but has now been ruined by the lefty liberals.

It was once just an innocent song contest, but it's now a loony lefties' protest movement.

Britain used to do well in it and has won it more times than most countries, but for the last 15 years or so, for reasons unknown, it gets very few votes and always does badly now.

I also have to point out, as did the BBC Eurovision commentator Graham Norton last night, that the voting looked quite strange and iffy. And there have been revelations in the British press recently of some countries buying votes, such as Azerbaijan, which has been quite successful in recent years, winning it in 2011.

Venezuela's not in the EU. Why don't you be like Venezuela?

Because it's a shithole.

Because it's a shithole.

It could be rich and beautiful.

It could be rich and beautiful.

Yeah, but it isn't, because it's run by a left-wing socialist government and, as we know, left-wingers f*ck things up ruin things.

Britain would become like Venezuela, for example, if Corbyn's Marxist mob get into power.

May 19th, 2019
Also, Macedonia (another non-EU country. Yes, there are quite a lot of them!) has changed its name to North Macedonia.

Norway (not in the EU)

KEiiNO - "Spirit in the Sky" (the song is partially sung in Sami and would have won if it was just the public who voted but didn't win due to the jury votes, which are often very suspicious)


Australia (not in the EU)

May 19th, 2019
Eurovision 2019: Iceland entry may be punished for displaying Palestinian flags during count

Leather-clad bondage punk trio Hatari ("Hater") held up banners bearing the word Palestine and the colours of the flag while their vote was announced, before cameras cut back to hosts Bar Refaeli and Ezra Tel.

Hatari had been critical of Israel before the grand final, even challenging the countrys prime minister Benjamin Netanyahu to a friendly match of traditional Icelandic trouser grip wrestling.

In a statement, Eurovision organisers said the consequences of this action would be discussed by the contests executive board. The Eurovision Song Contest is a non-political event and this directly contradicts the contest rule, they stated.

Organisers added: The banners were quickly removed and the consequences of this action will be discussed by the reference group [the contests executive board] after the contest.

Hataris gesture did not impress the Palestinian Campaign for the Academic and Cultural Boycott of Israel (PACBI), which had demanded all acts pull out of the event.

May 19th, 2019
Britain - still one of the most successful Eurovision countries - tanked again last night as it has done so often in recent years, finishing bottom with just 16 points.

But the poor performance has nothing to do with Brexit. It's more to do with the fact that Britain just doesn't quite "get" the Eurovision Song Contest...

Dont blame our Eurovision shame on Brexit, blame our song 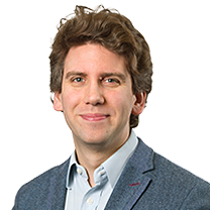 Plus there was some political voting. There always is! The crowd booed when the Cypriot judges gave Greece 12 points and vice-versa. Then Scandinavians generally favoured Sweden; many ex-Soviet bloc states liked Russia. But Australia did well (woman up a poll singing about post-natal depression, rather beautifully I might add) despite having no regional allies to call upon, and politics certainly doesn't explain the judges love of North Macedonia. If it had come first, that wouldve really put the country on the map, which is useful because no one knows where it is. Well, at least we did better than Madonna CREDIT: GETTY IMAGES EUROPE

So, were the Europeans punishing us for Brexit? That doesn't make sense given that when it came to the popular voting, Germany  which runs the EU  got zero televoting points, doing worse than our three. No surprise there: the German act had a karaoke Ive started so I'll finish feel to it. In other words, the easier explanation for last nights results is that the bad songs did badly and the most popular songs did best. Theyd been selling well in advance: Italy, Sweden and the Netherlands were all hits in Europe prior to the contest. The bookies thought the Netherlands might win and, low and behold, it did.

What hurt Britain most was that our song was utter rubbish. The boy who performed it seemed very nice and did a fine job, but it was musically unexceptional and un-involving. Euro winners tend be risks that pay off (goth bands); upbeat anthems (remember that boy with the violin?); or something personal that touches a nerve (the Netherlands begged us to carry me home, which the police advise strongly against doing).

Britain doesnt seem to understand this and instead keeps sending bland entries that imply our hearts not in it. Okay, so maybe we have isolated ourselves with Brexit; maybe we dont belong with the parade of scary wigs and tinfoil hats that seem to represent civilisation in Eurovision-land. But we're not doing ourselves any favours with songs like that one. Whatever it was called. Something about we can be bigger? They're all about being bigger.

Still, we have one consolation: we were better than Madonna. I know she was going for avant-garde last night, but the eye-patch and sequins made her look distinctly Blakes 7. Think Space Pirate from the 25th century: Avast me hearties, I've a hull full of gold from the planet Neptune. Argh. I think there was a political message buried in among the dancing pigs and shiver-me-timbers, but it was lost when Madge went flat and the band refused to follow. She got no points at all in the voting. Awkwaaaaard.

I'll bet that the Palestinians wish they didn't.
PS I noticed that Britain came dead last in that cheesy jingle contest.


Lots of rainbow flags at Eurovision in Israel on Saturday. How many other Middle Eastern countries would allow such a thing?