No team from outside England had ever won the trophy in its 122-year history.

The Perpignan club is the only club from outside Northern England to play in Super League, the top flight of English rugby league. 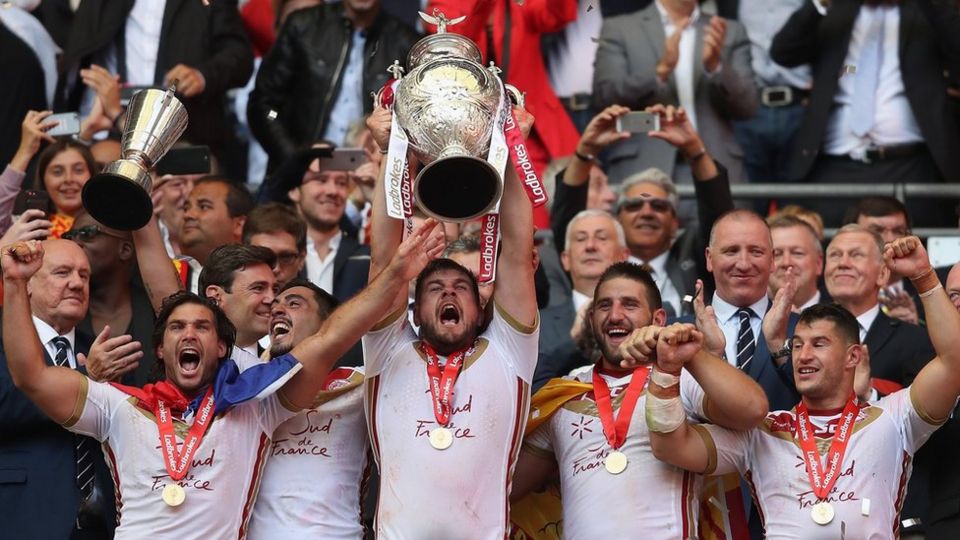 Catalans Dragons pulled off one of Wembley's biggest upsets as the unfancied French side beat Warrington Wolves to win their first Challenge Cup.

No team from outside England had ever won the trophy in its 122-year history.

But from the moment that Lewis Tierney went over in the second minute, the Dragons looked capable of defying the odds.

Ben Garcia and Brayden Wiliame got their other tries, while Josh Drinkwater kicked four goals.

Warrington crossed twice, through Ben Murdoch-Masila and George King, who both began the game on the bench, while Tyrone Roberts kicked three goals.

Even allowing for the way they stunned Super League leaders St Helens right from the kick-off in the semi-final, Catalans would surely never have dared to dream they could make the sort of start they did at the national football stadium. 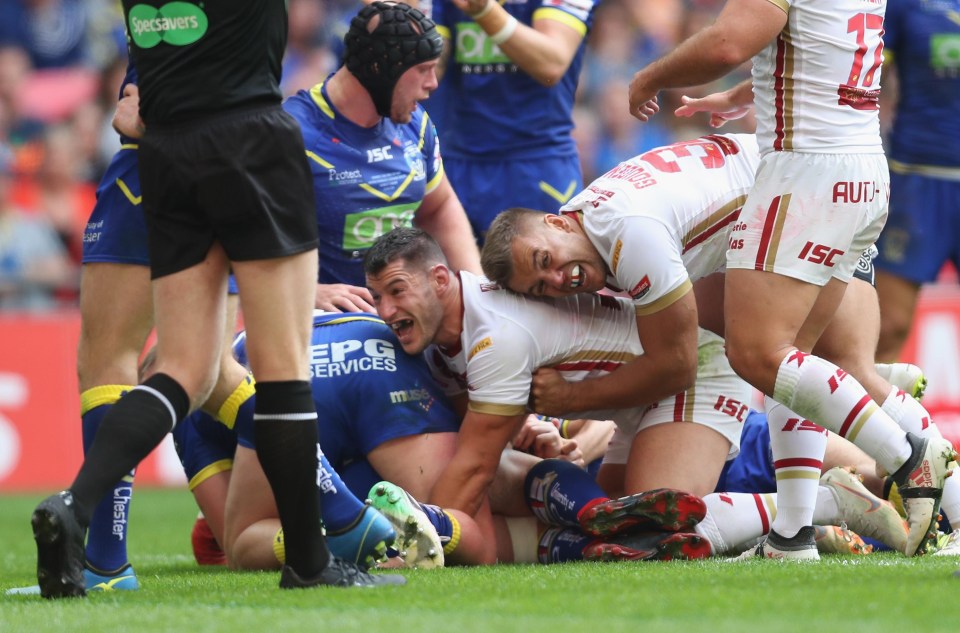 Stefan Ratchford did not deal with the first high ball, Benjamin Jullien offloaded and Tierney, son of dual code rugby legend Jason Robinson, was over in the right corner - scoring a try at Wembley, just as his dad did in 1995, with two against Leeds in the last of Wigan's famous eight successive wins.

After kicking the goal, Drinkwater quickly added two more points with a penalty.

And from 8-0 down with 10 minutes gone, suddenly it was an unexpectedly uphill battle for the Wire and there looked a distinct chance that the Dragons, beaten 30-8 here by St Helens in the first final at the rebuilt Wembley in 2007, might this time go one better.

Perhaps the idea that it might not be Warrington's day began to formulate when, in a short space of time, so many little first-half breaks failed to go their way.

Lineham had a try chalked off in the right corner, 37-year-old Benny Westwood briefly had to go off, Dragons forward Mickael Simon got away with a high shot and Roberts made a mess of a promising break when he threw a loose pass.

But luck finally turned their way when, from Ratchford's high ball, Daryl Clark put pressure on winger Fouad Yaha, who spilled backwards, and Murdoch-Masila was allowed to run in the easiest of tries under the posts.

Roberts' conversion cut the gap back to two points, only for Garcia to then dive over and, when Drinkwater successfully kicked again, restore that eight-point cushion.

Worse was to follow at the start of the second half for the Wolves when Tony Gigot's 40/20 kick to the left corner created the attacking platform for Wiliame to go over for the Dragons' third try.

King's try reduced the deficit, Roberts kicked the goal and then added a penalty to make it 20-14.

Despite Warrington's best efforts late on, the French defended frenetically and held on for the historic win.

And it was a particularly personal triumph for three Englishmen - try scorer Tierney, coach McNamara, a loser at Wembley as a player with Bradford in 1997, and hooker Michael McIlorum, who picked up his third winner's medal after successes with Wigan in 2011 and 2013.