Murphy
+2
#1 Mar 3rd, 2018
I guess Liberals who get caught doing stupid thing have to blame someone. Why not blame India? The Indians must have invited Atwal.

The controversies around Justin Trudeaus much-publicized trip to India refuse to die down.

On Thursday, the Conservatives introduced a motion to have Trudeaus national security adviser Daniel Jean testify in front of House of Commons national security committee over his allegations against the Indian government. The motion, however, was blocked by the Liberals.

Last week, Jean told reporters in a background briefing that factions in the Indian government facilitated the invitation for Jaspal Atwal, a convicted Sikh extremist, to official Canadian events in India. He went on to suggest Atwal was invited to prevent Indian prime minister Narendra Modi from getting too close to Canadas Liberal government, which some Indian officials believe is sympathetic to supporters of a Sikh nationalist movement.

Atwal was convicted of the attempted murder of an Indian cabinet minister in 1986 and was a member of the International Sikh Youth Federation, a terrorist group banned in Canada and India. He was sentenced to 20 years in prison by a Canadian judge.

Atwal was also charged with attacking Ujjal Dosanjh, a vocal critic of Sikh extremism, who went on to become premiere of British Columbia. Atwal was later acquitted and has reportedly denied his role in the 1985 attack against Dosanjh.

Mar 3rd, 2018
Those Indians are pretty tribal. Justin and his entourage should circle the wagons, keep their powder dry and don't shoot until they see the whites of their eyes, next time.

Mar 3rd, 2018
It's a nice relief from all this silly fakenews russia did it nonsense though.

at least with trudie we have pictures and stuff...instead of hallucinations as proof.

That's probably true. He doesn't make any decisions. He has handlers. 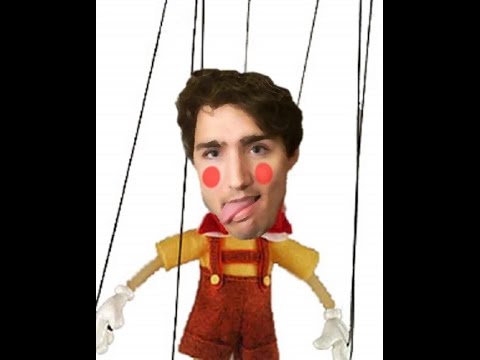 That's probably true. He doesn't make any decisions. He has handlers.

I’m pretty sure Turdoh chose his Indian wardrobe himself.

Im pretty sure Turdoh chose his Indian wardrobe himself.

Wonder if he'll start wearing a turban around the country, come the next election?

Are the Sikhs the only voters who keep him in power?