The United States is being infected by Chagas, a deadly disease spread by the feces of a parasite nicknamed the 'kissing bug'. It bites sleeping victims, ingests the blood and defecates on them; patients then unknowingly rub the feces into open membranes.

Chagas disease is seen as a “silent killer” by those who study and treat it, as it can often lurk in people’s bloodstreams for up to two decades before causing their organs to fail. The initial stage of the tropical illness ‒ the acute phase ‒ is mostly symptom-free and lasts for the first few weeks or months, according to the US Centers for Disease Control and Prevention. If a patient does exhibit symptoms, they can easily be mistaken for another disease.

The symptoms noted by the patient can include fever, fatigue, body aches, headache, rash, loss of appetite, diarrhea, and vomiting. The signs on physical examination can include mild enlargement of the liver or spleen, swollen glands, and local swelling (a chagoma) where the parasite entered the body, the CDC explained.

"People don't normally feel sick," Melissa Nolan Garcia, a research associate at Baylor College of Medicine in Houston and the lead author of two of three recently published studies, explained in a statement, "so they don't seek medical care, but it ultimately ends up causing heart disease in about 30 percent of those who are infected."

It is the second ‒ or chronic‒ phase that is deadly. Patients can develop cardiac complications, including an enlarged heart (cardiomyopathy), heart failure, altered heart rate or rhythm, and cardiac arrest (sudden death), as well as intestinal complications, such as an enlarged esophagus (megaesophagus) or colon (megacolon) and can lead to difficulties with eating or with passing stool.

In July, the Centers for Disease Control estimated that 300,000 people in the US had been infected, and but now it could be closer to 400,000. Medical research suggests that 40,000 pregnant North American women may be infected with the disease at any given time, resulting in 2,000 congenital cases through mother-to-child transmission, according to Fox News Latino. Garcia believes that the numbers may actually be higher than that, the Examiner reported.

The Baylor team presented the results of its work on Tuesday at the 63rd Annual Meeting of the American Society of Tropical Medicine and Hygiene (ASTMH) in New Orleans. In one of their pilot studies, her team looked at 17 blood donors in Texas who tested positive for the parasite that causes Chagas disease.

“The concerning thing is that majority of the patients [I spoke to] are going to physicians, and the physicians are telling them, ‘No you don’t have the disease’,” Garcia said, according to Al Jazeera America.

Chagas disease (American trypanosomiasis) is caused by Trypanosoma cruzi, a protozoan parasite related to an African version that causes sleeping sickness. It is endemic to Mexico, Central America, and South America, where an estimated 8 million people have the illness, most of whom do not know they are infected. If untreated, infection is lifelong and can be life threatening, the CDC noted.

Garcia spoke to several groups of physicians and cardiologists as part of an educational campaign to increase physician awareness.

“A lot of the cardiologists were aware of Chagas disease, but they don’t make the connection when the patient is sitting in front of them,” she said.

Dr. Julie-Ann Crewalk, a pediatrician in Northern Virginia who has dealt with Chagas, also thinks that the disease is being underdiagnosed.

“It’s not something that we think of asking right away,” she told the Atlantic. “I wouldn’t be surprised if the numbers were higher and we’re just not seeing it.”

The CDC says that most of the Chagas cases in the US are from people who have traveled to Latin America, and were infected there. But Garcia told HealthDay News her research showed that the parasite has arrived in the US, and the government agency has admitted that triatomine bugs can be found across the lower half of the country. “Additionally, 41 percent of this presumably healthy blood donor population had heart abnormalities consistent with Chagas cardiac disease," Garcia noted. The illness can also be spread through blood and organ donation, as well as from mother to infant during childbirth. 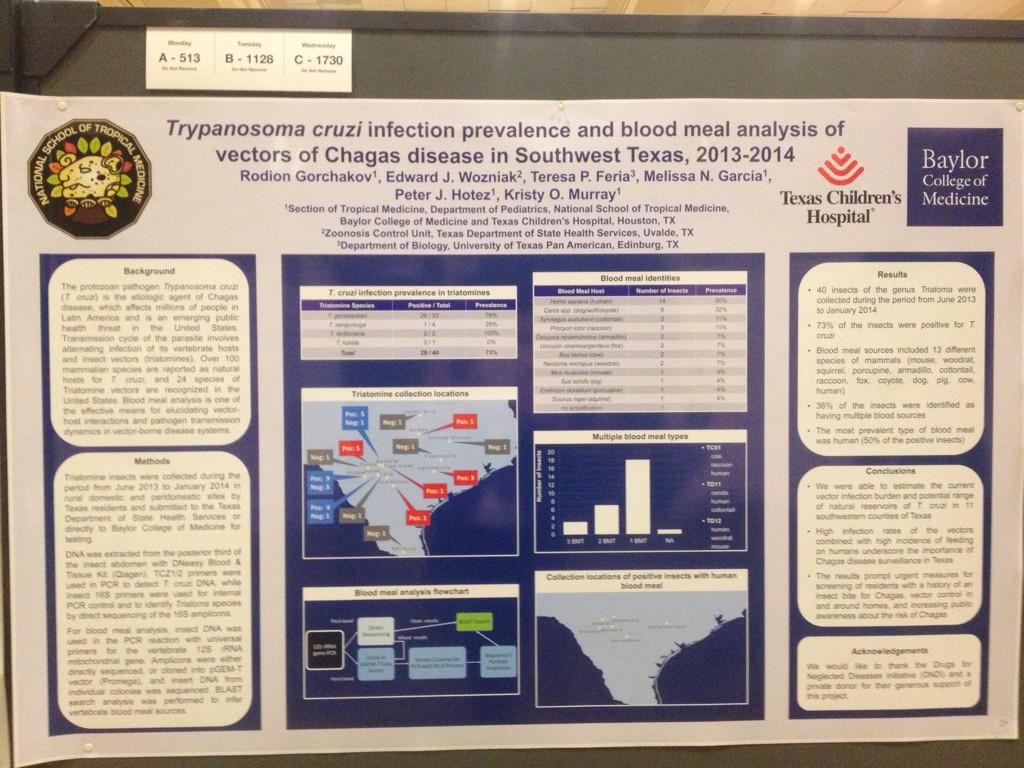 The disease is also growing just outside Washington, DC. While the number of people with Chagas disease in Northern Virginia is small ‒ about two dozen cases, according to interviews by the Atlantic with local physicians ‒ doctors and experts there say they wouldn’t be surprised if the numbers were higher because, along with the lack of routine screening for it, many patients tend to be undocumented immigrants without health insurance.

Dr. Rachel Marcus, a cardiologist, believes Northern Virginia could be “ground zero” for Chagas disease, because of the volume of immigrants from Bolivia, where the disease is endemic. She told the Atlantic that it’s easy to diagnose the disease with an electrocardiogram (EKG), but that American doctors don’t know what they are looking for. “If you were to find that EKG from an area where Chagas is common, it’s diagnostic,” she said.

Garcia also agreed with the need to focus on EKGs as a diagnostic tool for the disease. "Physicians should consider Chagas when patients have swelling and enlargement of the heart not caused by high blood pressure, diabetes or other causes, even if they do not have a history of travel," she said. But even if the deadly disease is diagnosed, there are no viable government-authorized treatments. The Food and Drug Administration has not yet approved two medicines ‒ nifurtimox and benznidazole ‒ that are currently used to treat the disease but carry a risk of nerve damage, nausea and weight loss, according to the ASTMH statement.

The CDC makes the drugs available "when no satisfactory alternative treatment exists," according to the FDA, adding that "subjects are generally willing to accept greater risks from test articles that may treat life-threatening and debilitating illnesses."

...and you were worried about Ebola