Blackleaf
#1 Apr 26th, 2014
The visits of sports teams to Nazi Germany in the 1930s still generate controversy today, from the Berlin Olympics' anti-Semitism to the England football team's Nazi salute in 1938. But a new book tells the story of a cricket team from Worcestershire which, founded in 1848, predated Worcestershire County Cricket Club (founded 1865) and which found itself at the centre of a now-forgotten furore. 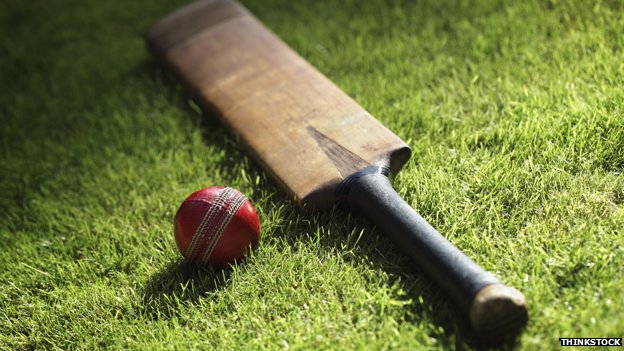 In August 1937 the Gentlemen of Worcestershire cricket club arrived in Berlin to compete in three games organised by members of the Nazi hierarchy who had developed an interest in the sport.

The Nazi Reichsportsfuhrer Hans von Tschammer und Osten had visited England to watch the Davis Cup tennis semi-final between Germany and USA at Wimbledon. He was also invited to Lord's as part of a tour of the summer's sporting events, where he watched Middlesex beat Worcestershire.

The MCC recorded the visit, and it's likely that von Tschammer met Maj Maurice Jewell, a former Worcestershire player and stalwart of the Gentlemen of Worcestershire, and asked him to bring a cricket team to Berlin. The Gents, as they are still known, are one of the oldest surviving cricket teams in the world, having played their first match in 1848. Known as a wandering or nomadic club, with no home ground, the team has always been made up of a group of cricket enthusiasts and predated Worcestershire County Cricket Club. 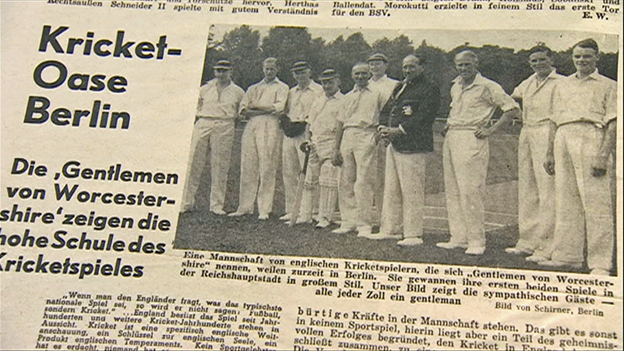 After the Nazi minister's request, Jewell was able to rustle up a team of wealthy gentlemen, five of whom had played first class cricket for Worcestershire, as well public schoolboys who could travel within a few weeks to Berlin.

Peter Robinson, a 16-year-old schoolboy, "was taken on the tour to make up the numbers", says Dan Waddell, author of Field of Shadows, which tells the story of the 1937 tour. But Robinson ended up playing every match after a regular was taken ill with pneumonia. In a letter sent home on 4 August 1937, Robinson describes drinking on the morning they arrived: "It is about 9.15 am. The beer here is much nicer than in England."

The Gentlemen were too good for the Germans and won all three games comfortably.

But what went on off the pitch was more remarkable. The team arrived in Berlin as the city was celebrating its 700th anniversary in an event manufactured by Nazi propagandists as another excuse to show off military might in a series of parades. 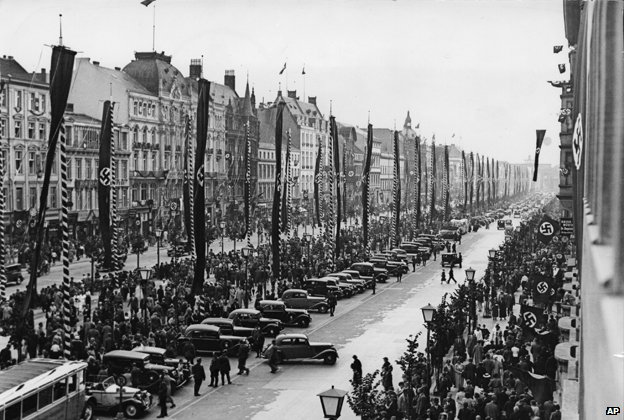 The Gents were asked to give the Nazi salute before their first match. As dutiful guests, they obliged.

"I think they were just being polite" says Waddell, who tracked down diaries and scrapbooks handed down by the players to their relatives. "They would have hated to have been seen to be impolite, or snubbing their hosts." 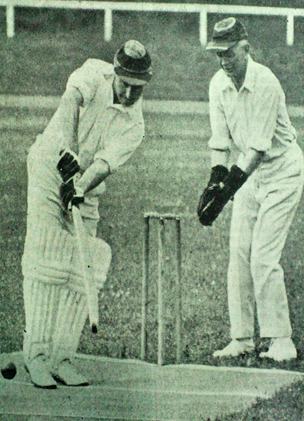 Richard Williams bats for the Gents during the tour

The salute occurred just after the team had arrived, but by the time they left Berlin, their attitudes had changed. "If they'd been asked to do that for the final match they wouldn't have," says Waddell. "They refused to have their picture taken with the Reichsportsfuhrer because their unease had grown to such an extent."

Richard Williams, one of the players, later recalled their departure. "We were lucky and glad to get to the station." As well as detecting the sinister atmosphere, some players were annoyed by gamesmanship from the Germans. Robinson complained: "I was run out in the match to-day by the bowler. He never bowled the ball and ran me out as I backed up. He never warned me."

The team had been closely watched during their visit. Although able to enjoy the delights of Berlin's famous nightlife at first, the close scrutiny under which they were kept had left them increasingly unhappy.

The relations between the two teams were generally good, Waddell says, though they disliked the Berlin captain Gerhard Thamer, "who had a penchant for punching fielders who dropped catches off his bowling".

The atmosphere of intrigue around the tour led to speculation that one of the English players might have been a spy. Robin Whetherley was a good cricketer, but had no connection at all to Worcestershire or the Gents cricket club. He even travelled separately.

Waddell's theory is that the English cricket authorities informed the Foreign Office of the tour, and that Whetherley, who spoke German fluently, was asked to join the team and gather information. "There was a very good chance he was sent along by London to keep a very close eye on what everyone was up to, and perhaps when he came back, travel to Whitehall and have a chat to somebody," says Waddell.

Whetherley was killed in the Balkans during the war, while serving with British special forces.

All of the players served King and country in the ensuing war, and perhaps because of embarrassment rarely spoke about the cricket tour. One of the players later described Germany as a "strange place" and said they could hear the sounds of gunfire in the background when they played some matches.

The players witnessed a torchlit procession along the Unter Den Linden which was described as "alarming and eerie". 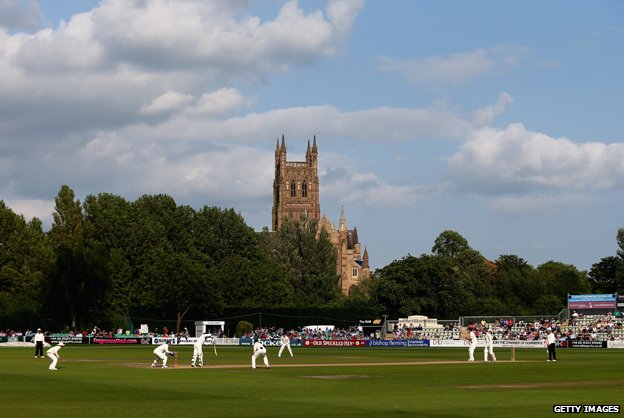 A small number of Germans - including enthusiast Felix Menzel - kept the game alive. In 1945, along with a few equally bedraggled friends, he emerged from the rubble to challenge a group of extremely surprised British troops to a game of cricket. They played and the British team won, narrowly.

But Menzel is now an obscure figure and even the world of English cricket has long forgotten the 1937 tour.


How the tour was reported

"The Gentlemen of Worcestershire went to Berlin during August for their annual foreign tour. Although the standard of cricket as played by the Germans is not quite on a par with the Dutch or the Danes, their hospitality was unbounded, and the tour will remain one of the most pleasant memories…

"Altogether it was a most enjoyable and memorable tour, and it is greatly to be hoped that other English sides will visit Berlin. Should the Germans ever send a side to England they can be quite certain that they will be most welcome guests, especially to the Gentlemen of Worcestershire."

From The Cricketer's Annual