God's dealing with the nations of disbelievers

Torch light
#1 4 days ago
God terminated many cities and countries and their peoples when they disbelieved, and rebelled against God and His messengers.

This includes also the present generation: their blasphemy, their insisting on the atheism, the enthusiasm about their religious leaders and their idolatry.

Quran 65: 8-11, which mean:
(8. Yet how many cities rebelled against the command of its Lord and of His messengers [: apostles], so We punished them [in the World] with a severe punishment [according to their rebellion], and chastised them [in the Next Life] with a dreadful chastisement [: of which souls dread.]

10. God has prepared [for Doomsday] for them severe chastisement; –– then ward off God's [punishment], O men of understanding: You who believe! God has revealed to you an admonition [included in the Quran, which He revealed to His messenger Mohammed, who is …]

11. A messenger [of God] reciting to you the revelations of God, evidently indicating [that their source is from God]; to bring forth those who believe and do righteous [works] from [the depths of] darkness [of ignorance and disbelief] to the light [of knowledge and belief.])

Here is also the recitation of these horrible ayat of the Quran
https://www.youtube.com/watch?v=r4P-GKkmrYI

Re: God's dealing with the nations of disbelievers

So that their civilizations and corruption ended and disappeared.


[God – be glorified – explained about what He did to the deniers, and He said:]
Quran 21: 11-15, which mean:
11. How many a city, [the people of] which were wrong-doers, We broke up [with the earthquake], and raised up after it [another city and] other people!

13. [The angels said to them, mocking:]
"Run not; Return to [the wealth with] which you were prosperous, and to your dwelling-places; that you may be questioned [about your wealth: who bestowed it on you: We or your idols?]"

15. So they ceased not to cry such words, until We [exterminated and] made them [mown down motionless] dead corpses.

this is the recitation of these ayat of the Quran:
https://www.youtube.com/watch?v=wPNtqA0LyHk

Re: God's dealing with the nations of disbelievers

21 hours ago
You're just as bad with your quran bullshite as Cliffy with his Fakebook! 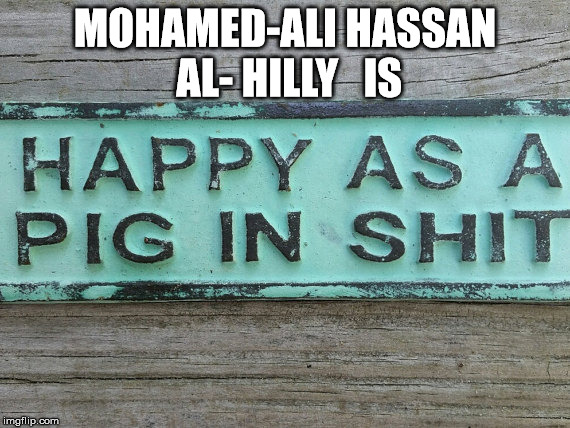