I really enjoyed him. So unique, yet his voice represented dixieland.

May 30th, 2019
One of my favorites is when he did a cameo with Hank Jr on Lovesick Blues.
https://www.youtube.com/watch?v=jGFy...gmhrnWcK4zG0ks

May 30th, 2019
Leon Redbone was the definition of cool for me, anyway.

May 31st, 2019
i learned to play walking stick by listening to his version of it over and over.

i haven't played that one in years now. maybe i'll see if i can still remember it

One of BHO's best buddies. Rot in Hell. 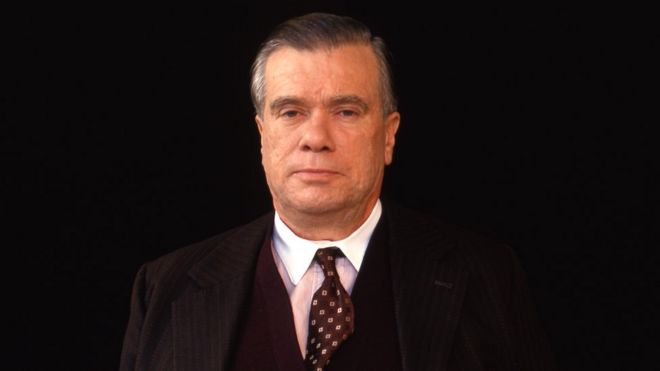 Welsh-born Simons played the character in all 18 series of the 1960s-set show.

He also appeared in Coronation Street, Emmerdale, Crown Court and Last of the Summer Wine during his 60-year career.

His agent said: "He was a wonderful, kind, warm, witty, lovely human being and anyone who ever worked with him or knew him will be devastated."

Jason Durr, who appeared alongside Simons in Heartbeat paid tribute to the "lovely man".

Simons, who was born in Swansea, was already 51 when he landed the biggest role of his career, playing Alf Ventress when Heartbeat first landed on TV screens in 1992 as a prime-time vehicle for former EastEnders star and chart-topping singer Nick Berry.

Berry played a young London constable who moved north with his family and encountered Ventress as one of the colleagues who helped him build a new life while fighting crime in a rural setting.

Simons was very popular with viewers and his character continued to appear in the show as a civilian even after he retired from the force. 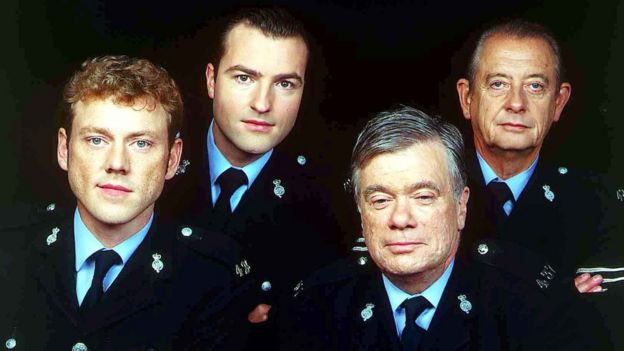 Simons (third from left) starred in a total of 355 episodes of Heartbeat, with fellow actors including Mark Jordan, Nick Berry and Derek Fowlds

And when ITV launched a spin-off show called The Royal, he was asked to play Ventress in six episodes.

According to the Yorkshire Post, Simons enjoyed his role in Heartbeat so much that he bought a house in the village of Goathland, where much of the show's filming took place.

But he sold it 14 years later, explaining in an interview with the Daily Express that Goathland had become so popular with tourists drawn by the Heartbeat factor that "it was impossible to step outside without being recognised".

Jul 3rd, 2019
Not trying to be gruesome, but I think the Chewbacca guy kicked the bucket last April.
I hope the laughing Chewbacca mask lady in Texas coped.
SAD.

Not trying to be gruesome, but I think the Chewbacca guy kicked the bucket last April.
I hope the laughing Chewbacca mask lady in Texas coped.
SAD.

I remember my K-car.

I remember that K cars were the first ones where things like carbs became sealed units - replace instead of repair.

I remember that K cars were the first ones where things like carbs became sealed units - replace instead of repair.

They were a nasty replacement for the boring but reliable slant six engined chariots that predated them. 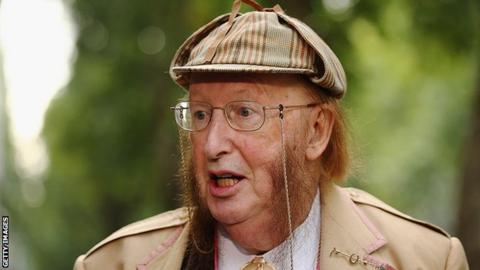 Legendary racing pundit John McCririck, who for many years was the face of British horse racing, has died at a London hospital on Friday aged 79.

McCririck made his career as the face of Channel 4's racing coverage, famous for his loud, eccentric style and his signature deerstalker hat.

He is survived by his wife Jenny.

His family said he had been ill in recent months but continued to make several TV and radio appearances.

Tributes are being paid to John by figures from the worlds of racing and entertainment.

"Very sad to hear the news of John McCririck's passing - one of the most recognisable faces from the world of horse racing and a great at promoting our sport," tweeted 20-time champion jockey AP McCoy.

Three-time champion jockey Frankie Dettori, 48, said he first met McCririck as a 16-year-old apprentice and the broadcaster was "a big part of my racing life."

"He was very flamboyant and controversial but I always got on really well with him," said Dettori.

"He did put on a bit of a show but underneath it all he worked very hard and he was very knowledgeable about racing."

The British Horseracing Authority also paid tribute, saying: "Throughout a lengthy & colourful career one thing was always clear - his enduring passion & love for the sport of horseracing. He was a recognisable figure and resonated with the wider public."

Ascot Racecourse tweeted: "He was an unmistakable presence in racing, and one of the most impactful broadcasters of his generation."

Broadcaster Nick Luck, a former Channel 4 colleague, added: "Life without John McCririck will be far less interesting - he was a magnificent journalist first and a great showman. So often very kind to me and many, many others."

McCririck worked for BBC Sport early in his career as a sub-editor on Grandstand when the programme was presented by the likes of Frank Bough and Des Lynam.

He went on to write for The Sporting Life where he won British Press Awards 'Specialist Writer of the Year' and 'Campaigning Journalist of the Year'.

McCririck's profile grew when he energised racing broadcasts with lively updates from the betting ring, where he was not afraid to berate punters playing the fool in the background.

When he was axed by Channel 4 in 2012, he launched a claim for age discrimination.

"I have put my own personal future on the line," he said. "But I think it's so important for people in their 30s up to their 70s who fear anonymous suits and skirts coming along and getting rid of them."

He lost the case, and with it a significant amount of money, although he became a regular on reality TV shows.

McCririck would make disparaging remarks about his wife Jenny, nicknaming her 'The Booby', but in truth they were a strong and happy couple.

"It's all a pantomime. Do I look like someone who is downtrodden?" said Jenny.

I naay remember him.

The man who allowed Slick Willy to become POTUS. RIP

Jul 24th, 2019
In that interview, Clegg recalled how he performed "Asimbonanga" while on tour in Germany in 1997 and experienced a "huge shock" when Mandela, beaming and dancing, unexpectedly came out on stage behind him.
"It is music and dancing that makes me at peace with the world. And at peace with myself," Mandela said to the audience. He asked Clegg to resume his performance and urged the audience to get up and dance.
At the end of the song, Mandela and Clegg, holding hands, walked off stage. "That was the pinnacle moment for me," Clegg recalled. "It was just a complete and amazing gift from the universe."
http://nzh.tw/12250151