Growth varies little in 3 decades, higher in West and lower in Atlantic Canada in last year 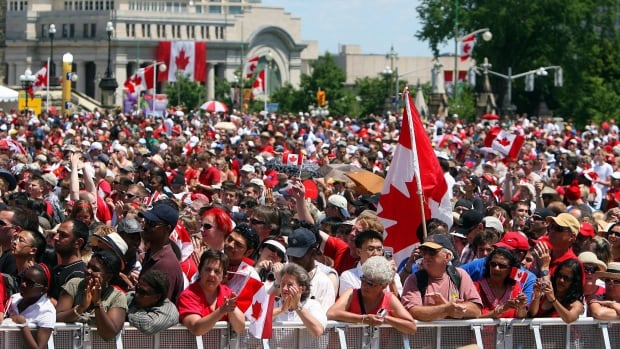 Canada's population has surpassed 35 million over the past year, a 1.2 per cent increase with growth generally higher in the western provinces, according to Statistics Canada.

The information is contained in the agency's population estimates released Thursday morning.

"The trend is showing that we are growing but not by too much or too little," Frank Trovato told CBC News. Trovato is a professor of demography and population studies at the University of Alberta in Edmonton.

The 1.2 per cent increase is the same as the previous year's and similar to the annual growth in the country over the last three decades.

The report says "the population growth rate has shown little variation in 30 years, ranging from 0.8 per cent to 1.2 per cent."

The country’s population growth rate — if averaging the numbers between 2006 to 2011 — has fallen below the estimated rates for countries such as Luxembourg (+8.7 per cent), Ireland (+7.8 per cent) and Australia (+7.6 per cent).

While our growth is all right for now, Trovato said Canada still needs to have a robust population increase in order to keep up with workforce demands and to have a strong economy.

"The growth in other countries probably has to do with growth in their fertility rates," said Trovato. "In Canada, the fertility rate has fluctuated between 1.5 and 1.7 children per woman for many years. We fell below the replacement rate of 2.1 in the early seventies."

Trovato said Canadian policymakers need to "think hard about what we can do as a society to boost our fertility rates."

"Some of the evidence suggests that some things can make a difference like 'family friendly' policies that allow flexibility for women to combine work and family. And, benefits as well."

Trovato said that "even a small change" in the fertility rate can have a significant impact on population growth.

Growth in the last year exceeded the national level in Alberta (up 3.4 per cent), Nunavut (2.5 per cent) and Saskatchewan (1.9 per cent).

Statistics Canada said the growth in Alberta was due to record levels of international migration and people arriving from other provinces.

Meanwhile, population growth in the last year was lower in the Atlantic provinces, with Nova Scotia's population declining by half a per cent.

In the Atlantic provinces, the lower growth was due to a combination of out-migration and a low ratio of births to deaths, the agency said.

The population numbers come just a few weeks after the release of final data from the National Household Survey.

That survey revealed that the median family income in Canada is $76,000 — generally higher in the west than the east — while the median individual income is just $27,600.

The NHS also showed that second-generation immigrants are making far more money than the national median. And ethnic groups that are well-established in Canada, such as Japanese immigrants, are also well above the median.As for the other end of the spectrum, the bottom 10 per cent of income earners tend to live in cities, especially Montreal.

Sep 26th, 2013
I think our vast country and the fact that we are not overcrowded like the USA or other counties are is what makes us special..

Sep 26th, 2013
And our buy your way in immigration policies where the only people who can afford to buy their way in are criminals.

I think our vast country and the fact that we are not overcrowded like the USA or other counties are is what makes us special..

313 Million in the USA vs 35 million in Canada a country bigger than the USA..

Y'all need to stop whacking and start ****ing

just look at the USA.. Shhhhh... you know the deal about using facts.

313 Million in the USA vs 35 million in Canada a country bigger than the USA.. 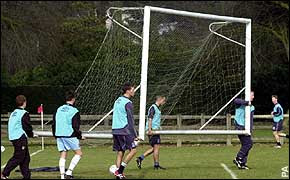 Shhhhh... you know the deal about using facts.