MHz
#1 Apr 28th, 2019
all of you could use a slightly modified version of this new way to guide thinking paterns.
https://www.military.com/daily-news/...rformance.html
Army Studies Electrical Brain Zaps for Enhancing Soldier Performance 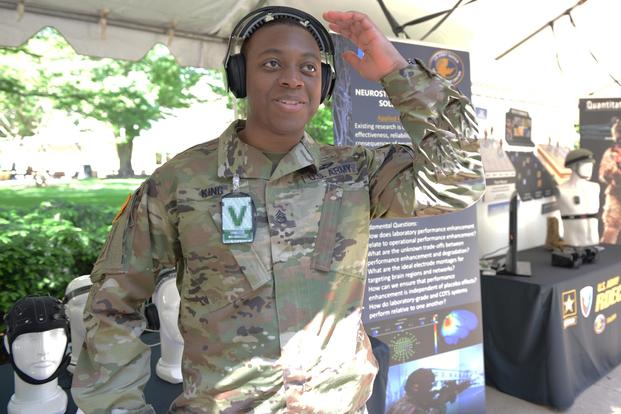 U.S. Army scientists are studying how running electrical current through the brain could enhance soldier performance when reacting to a threat on the battlefield.
Neurostimulation has been studied in many areas, such as medical rehabilitation.
"What we are doing is brand new. ... We are looking specifically at performance enhancement," Tad Brunye, senior cognitive scientist for the U.S. Army's Combat Capabilities Development Command, told Military.com on Thursday at a technology demonstration event at the Pentagon.
"We are focused on three primary things when it comes to soldier performance," he said. "We are focused on situational awareness, lethality and decision making."


TRANSLATION: All those experiments done at the Canadian Government Sanitariums in Sask since the 50's are finally paying off, . . . eh?? 220V clears things up for a few seconds does it?? According to 'little Johnny 2389' anyway, he didn't survive the amperage increase . . . .

Apr 29th, 2019
Better that than being on the end with the dial like you and the rest of the fuktards around here were hoping for.

Is it comforting to know you are surrounded by 'people with similar likes and dislikes'? (ignore the part that points to you all being psychopaths for the moment)