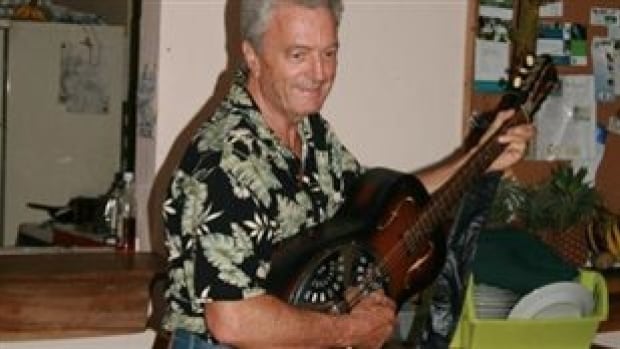 A group of Manitoba students has returned early from a trip to the Dominican Republic, after some of them witnessed a violent break-in and shooting that sent a Canadian man to hospital in the Caribbean country.

Dominican police confirmed Saturday that 64-year-old Lef Welehmann, a Canadian who has permanent residency in the country, was shot during a violent break-in on Thursday night, a day after the group of students had arrived to help out at a local orphanage.

He said Welehmann was shot at least four times, has a number of injuries and is in critical but stable condition.

Police are looking for two suspects.

Alain Laberge, superintendant of the Franco-Manitoban School Division, was not on the trip, but told CBC News on Saturday that the suspects tried to force their way into one of the apartments where three or four students were sleeping, and Welehmann followed.

Laberge also said the thieves were after cameras and other items.

Police said there was no security system in the building and that the man worked alone.

In Winnipeg, there were tears and relief as the Manitoba students returned home early Saturday morning.

Manitoba students witness shooting on humanitarian trip
The 18 high-school students from St. Jean Baptiste and Ste. Anne arrived back in Winnipeg at around 5 a.m.

They had arrived Jan. 30 and were supposed to stay until Feb. 7, but that changed after the incident.

Laberge was at Winnipeg's James Richardson International Airport to welcome the travellers home.

He said the students and their eight chaperones are fine, but it was an emotional return.

Laberge said the students were on a humanitarian trip to help a girls' orphanage.

He said school division has been organizing the trip for the last three to four years and it's unclear at this point whether it will continue.

"You could go to an outing here in Winnipeg and something like this could happen," he said on Saturday."You never know. So we never want to say we'll never do that again, but we have to see what happened."

Leberge said grief counsellors will be at the schools on Monday to speak with the students.

'Not surprised, but would go back'

Lisa Desilets is a mother who went to the same place last year with her daughter Renee Manahan, who was 16 at the time.

Desilets said she's saddened to hear what happened to Welehmann.

She said she is not surprised his property was targeted by thieves, even though it is protected by a gate and there was a security guard when she was there.

She suspects people in the community were watching for the arrival of Canadians with goods and cash.

Having said that, though, she said she wouldn't hesitate to go back tomorrow.​