In that context, the shooter at the Quebec mosque is entirely unremarkable


For a short, hopeful moment Monday, Trumpian conservatives were clucking and warbling triumphant tweets at one another.
Rumours swirling about the slaughter at the mosque in Quebec City had the shooter yelling "Allahu Akbar," albeit in a strong ​Québécois accent, as he killed and reloaded.
So why wasn't the fake-news liberal mainstream media concentrating on that instead of portraying it as an anti-Muslim hate crime encouraged by President Trump's crackdown on Muslim immigrants? Maybe it was a Shia/Sunni thing: the sort of atrocity that takes place all the time in countries where ISIS operates. Maybe it was Muslim-on-Muslim terror.
Names of arrested

Then came confirmation of the names of the two men arrested shortly after the shooting. One was Alexandre Bissonnette. But the other! The other had a Moroccan name! Mohamed Belkhadir.
Hah! HAH! See, liberals? President Trump was right. He's keeping America safe. Maybe Justin Trudeau could just shut up and stop yammering about diversity and welcoming refugees and learn a thing or two from the new president. Turns out we aren't so safe from foreign terrorists after all, are we?
Maybe we should be barring immigrants from Muslim countries or at least interrogating them before we let them in to ensure they share our Canadian values.
But then the story changed, as stories tend to do when facts begin to emerge.
Belkhadir, it turns out, was a witness, and called the police himself. The suspected shooter is Bissonnette. Not an immigrant. Not a Muslim. Probably a Christian, judging from his name. And, reportedly, a big admirer of Trump.
By then, though, the attack had already been labelled terrorism, which is a difficult description to walk back.
So, the right-wingers suddenly piped down on social media. Some deleted earlier tweets (step right up, Ezra Levant!). Perhaps Bissonnette was just, you know, a bad apple.
In fact, in the pantheon of Canadian mass murderers, Mr. Bissonnette is entirely unremarkable. Just about every single one in our modern history has been a Canadian-born, Canadian citizen, and usually white and Christian, meaning extreme vetting of immigrants from places like Yemen and Iraq wouldn't have done a thing to prevent their predations.

The first one I covered was the 1975 shooting at St. Pius X High School in Ottawa. The shooter was a student named Robert Poulin. The inquest failed to determine why he bought a shotgun at Giant Tiger, raped and killed his 17-year-old friend, then headed off to school, where he opened fire in hallways and classrooms. Three people died in that case, including the perpetrator. There was no determination of terrorism or any analysis of religious motivation.
That same year, a 16-year-old named Michael Slobodian arrived at Brampton Centennial Secondary School west of Toronto with two rifles in a guitar case. He killed two people, wounded 13, then committed suicide. He left a note explaining he hated school and wanted to kill teachers. Stories from the time made no mention of his religion.

Less than a decade later, a white, Christian francophone named Denis Lortie opened fire in the Quebec National Assembly, killing three people and wounding several others. He's free today, having been released on parole more than 20 years ago. Had he been a Muslim, and a terrorist rather than just a mass killer, one suspects he'd still be behind bars.

In 1989, Montreal-born Marc Lépine headed out into a dreadfully cold December night with a Ruger Mini-14 rifle and a knife, intent on hunting and killing as many women as he could. He eventually left 14 women dead at the É​cole Polytechnique in Montreal before killing himself. Authorities concentrated on his extreme misogyny, but, given that his name was Lepine, did not characterize it as terrorism. (Today, no doubt, much would be made of the fact that his father was an Algerian named Gharbi, even though Lepine took his mother's name.)

A few years later, Valery Fabrikant, an associate professor at Concordia University in Montreal, decided to settle his grudges with colleagues using three pistols. He killed four people and now resides in a federal penitentiary. Actually, Fabrikant was different in one respect from other mass shooters in Canada: he was an immigrant  from Belarus. He was not Muslim. The killing was not treated as terrorism.

In 2006, Kimveer Gill entered Dawson College in Montreal with a Glock, a Beretta carbine and a shotgun and cut down 20 people. He wasn't a very good shot, fortunately, and only one of his victims died. He then killed himself. Police concluded he was mentally ill, and deteriorating fast, when he decided to kill. It was treated as a simple crime, rather than terrorism. Gill had a foreign-sounding name and was from a Sikh family but was born in Canada.

In 2014 in Moncton, a man opened fire on several RCMP officers, killing three of them and wounding two others. Security hawks were ready to cry terrorism, but then it turned out the shooter was named Justin Bourque, was born in Canada, was home-schooled in a religious Christian family, talked a lot about the right to bear arms, and harboured a deep suspicion of government and its agents.
That put an end to any talk of terror. Just another bad apple. 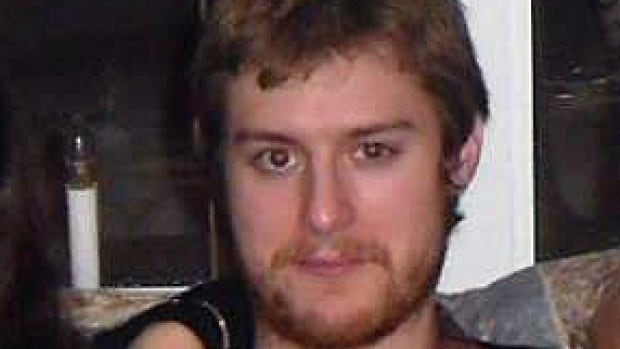 The same year, Calgary experienced its worst mass murder: five people stabbed to death at a house party. The killer, a university student and son of a Calgary police veteran, named Matthew de Grood was not deemed a terrorist. He believed in vampires and werewolves. He was found not criminally responsible by reason of insanity. De Grood was a Canadian citizen.

But then there was the big one. Michael Zehaf Bibeau, a homeless habitual criminal from Quebec, travelled to Ottawa in October 2014, where he shot a soldier dead from behind at the cenotaph before heading up to Parliament Hill, where he was killed by armed security staff. 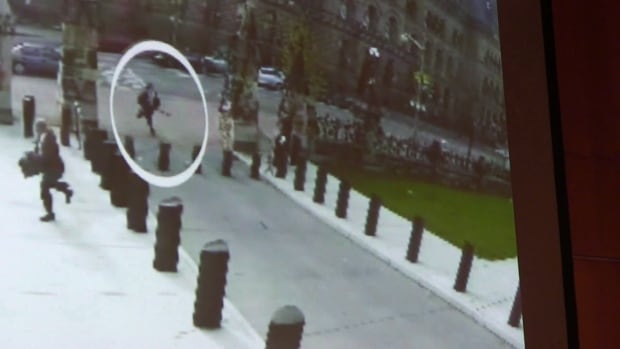 Bibeau was born in Canada, and therefore a Canadian citizen, but he'd converted to Islam years earlier. The crime shook the nation. Military bases increased their security. The government brought in legislation increasing police powers and curtailing Canadians' civil liberties.

Terror had finally made its debut here. Canada would never be the same.

And now, Alexandre Bissonnette. The question has to be, what further measures to take? And will Donald Trump begin banning white nationalist Christians from Canada? 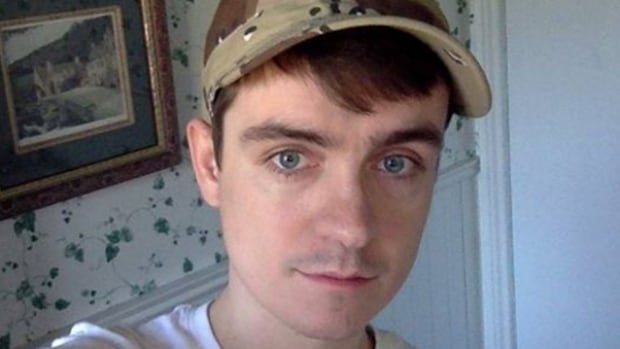 
guess neil couldn't find photos and names of the other white (and we're to assume, christian as well): 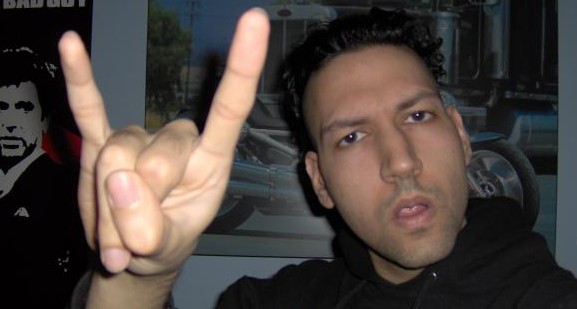 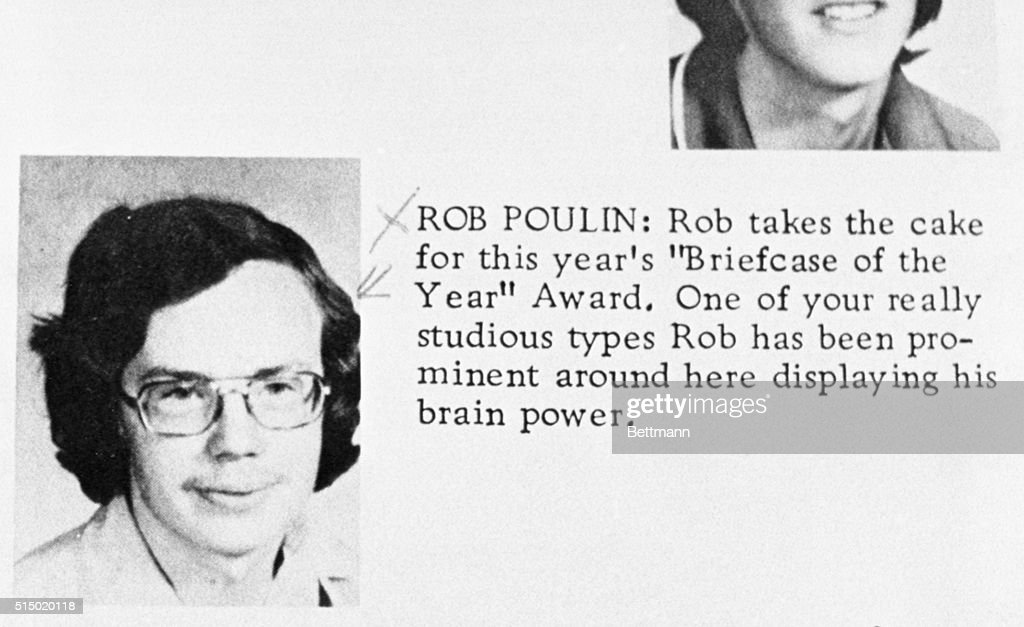 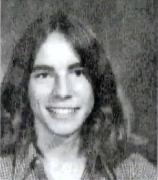 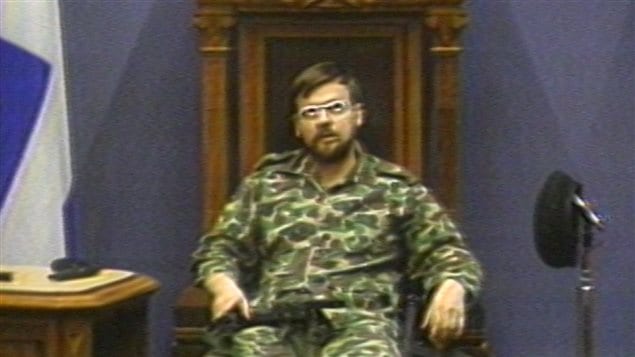 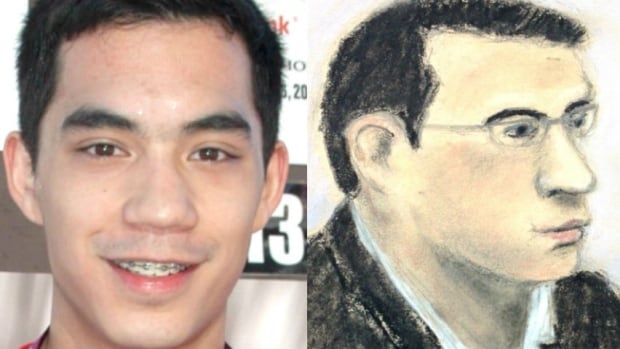 Jan 31st, 2017
Well after our not-so-illustrious PM was stupid enough to speak before all the information was in, I can hardly blame news media for jumping on it - they could always point back to his initial statement.