Andorra - a mountaintop nation between Spain and France that is Europe's 5th tiniest - played, in effect, a 10-0-0 formation, with every player behind the ball. And, because they are no better than a typical pub team, the Andorrans tried to spil the match as best they could by having each player rolling around on the floor in agony at the slightest foul.

Considering this, you could argue that England did well scoring two goals by a team playing so defensively. 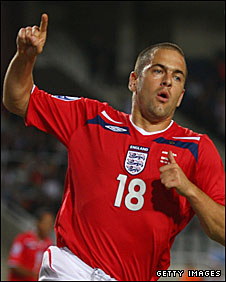 Cole celebrates after breaking the deadlock at the Olympic Stadium

In Capello's first competitive match in charge, England dominated but were booed off at half-time after failing to break down Andorra's packed defence.

Cole came on at the break and made an instant impact, volleying home Frank Lampard's free-kick on 49 minutes.

It was a match reminiscent of England's last visit to the Olympic Stadium in Barcelona, under Steve McClaren in March 2007, when they were also jeered off at the interval and had to wait until Steven Gerrard's 54th-minute goal to break the deadlock against the part-timers.

Again England's frustration grew as Andorra, ranked 186th in the world, continued to hold out and Capello will be relieved that the changes he made at the break paid dividends.

He may have left established players such as Joe Cole and David Beckham on the bench here with that match in mind but it will worry him that their replacements struggled against such unheralded opposition.

Initially, Capello's decision to hand a first start to Theo Walcott looked a good one, with the Arsenal forward involved in two good chances in the first three minutes.

Walcott used his pace to reach a ball on the byeline then sent it across the face of goal and, after Rooney miscued, Jermain Defoe was beaten to the ball by Koldo.

Seconds later, Walcott ran into the area to meet a lofted pass from Rooney but had to rush his shot and clipped the ball narrowly over.

It was a promising start for England but, despite them staying in complete control, that was as good as it got for the visitors in front of goal in the first half.

Capello continued to try to use Walcott's speed on the right flank but he was increasingly crowded out as the match wore on.

And, with Stewart Downing's crossing completely ineffective on the opposite wing, England quickly ran out of ideas.

Too many times the ball was pumped aimlessly into the Andorra area where, with Defoe unable to offer a physical presence, it was easily cleared by defenders. 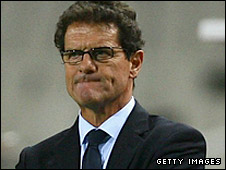 
The travelling England fans showed their discontent as the players came off at the interval and, unsurprisingly, Capello made changes - replacing the Downing with Joe Cole and sending Emile Heskey on in place of Defoe.

Cole had a point to prove after being left out of Capello's last four starting line-ups and immediately looked lively.

He soon made his presence felt too, providing an emphatic first-time finish when Joleon Lescott flicked Lampard's free-kick into his path.

The goal visibly lifted England and John Terry went close to making it 2-0 when he drove a shot into the side-netting from the edge of the area.

A second goal was not long coming, however, and inevitably it was Cole who got it - running on to Rooney's superbly weighted pass to prod the ball past the onrushing Koldo.

Glen Johnson thought he had added a third just after the hour mark but his powerful strike was ruled out because Cole - for once the villain - had drifted into an offside position.

By now England were more than comfortable and Terry also came close to adding to their tally against a side that managed only one shot on target in the entire match and were clearly only interested in damage-limitation.

But there are harder tests to come in Group Six, starting with the trip to Zagreb on Wednesday to face Croatia - the scourge of McClaren in his failed bid to reach Euro 2008.

10 THINGS YOU NEED TO KNOW ABOUT ANDORRA

1) Its name is thought to be derived from "al-Darra", the Arabic word for "forest".

2) Andorra is the fifth smallest nation in Europe - after Liechtenstein, San Marino, Monaco and the Vatican City. The population of just over 70,000 is smaller than the town of Hartlepool.

3) Andorrans live longer than any other nation in the world, with an average life expectancy of 83.5 years.

4) The official language is Catalan and - surprisingly, given its tiny population - the official religion is Roman Catholic.

5) The combined lure of expensive skiing and cheap duty-free tat draws 10 million people a year. Tourism accounts for roughly 80% of its economy's GDP.

6) It is almost impossible to get out. Due to its mountainous terrain, there are no airports or train stations, and only two main roads leading in and out - to Spain and France repectively.

8 ) It has only one main town: Andorra la Vella.

9) Jacint Verdaguer, a celebrated Catalan poet, is the only famous Andorran. And he only qualifies because he lived there for a month in 1883. And he isn't even all that famous.

10) The Andorran football team is ranked 184th in the world and has won only one competitive match in its history - against Macedonia in October 2004. 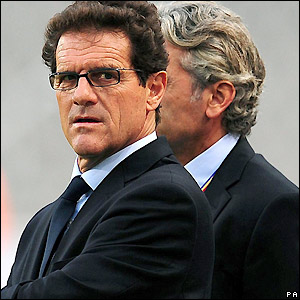 Andorra 0-2 England: Fabio Capello takes charge of his first competitive match as England boss as the sides meet in Barcelona 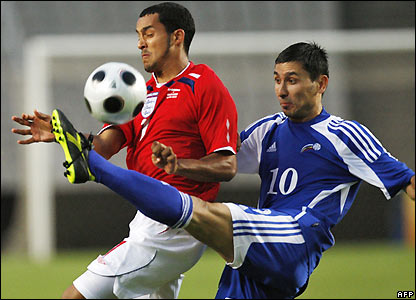 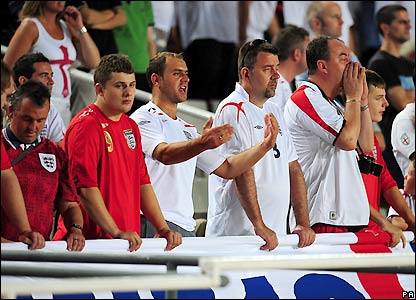 England try hard to break the minnows' defences but struggle, causing some of their fans to boo as half-time approaches 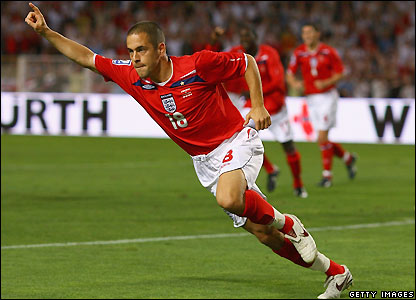 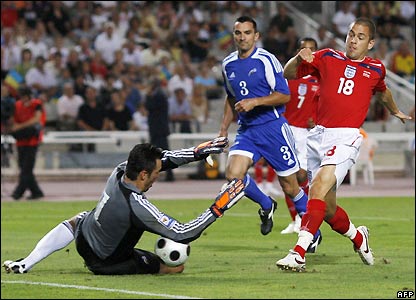