Is there a more annoying couple on the planet.


A close second would be the worst actor ever....

They use his rendition of Mr Tambourine Man to torture inmates at Gitmo.

Not sure who he is but he has the nerve to get involved in "our" politics.

He quit hockey have a regular job. Good Canadians wouldn't do that

My next door neighbor

She always leave the curtain open when she exercises. It leaves me feeling weak to the point that I'm ready to pass out.

He looks stupid and gives the impression that Canadians are dumb


This guy from Brokeback Mountain

This guy managed to convince every American that we live in igloos...what an arse 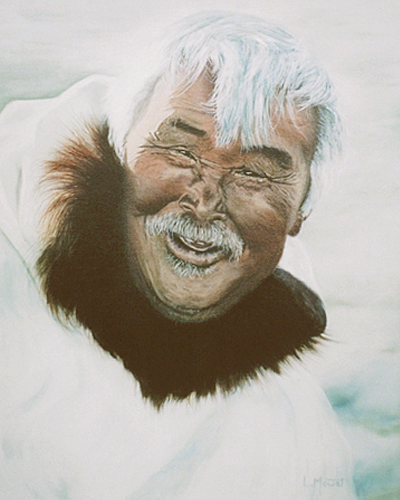 and don't forget this bozo

Jan 21st, 2009
"They use his rendition of Mr Tambourine Man to torture inmates at Gitmo."

For Gawds sake don't play this video if there are any children within 30 feet of your computer.

I should let you know that he also drank all the beer.

Not funny. Never were funny. I hate 'em.

Jan 21st, 2009
The famous Canadian Tire couple....if you watch them, you'll realize that he is supposed to make you think of Bob Vila, and she was, originally, imitating Martha Stewart.

That's why there just so annoying.

Not funny. Never were funny. I hate 'em.

Hate'em ? I Strange that you would not switch channels rather than watch and hate'em.
Steve Smith staged 300 episodes over 15 years. Re-runs are still on daily. He had a sizable following in Canada and the USA. He received the Order of Canada.
The New Red Green Show - T.V. Stations
He remained in Canada. (Pat went to California for a couple of years played serious support roles well but returned to the show.)
I watched bits of the show in passing. He represented the Northern Canadian well. Duct Tape and wire, Canada's fix all. The show consisted of all men making fun of themselves while trying to make, obtain what they could not afford to buy, usually failing.
Gorden Pinsent, Grahame Greene, Charlie Farquerson were some of the guests. He never swore, attacked or made comments to hurt people or made political comments, the show's characters were original except for guests who came with their bags. Over 100,000 registered members in his fan club.
Point is;;;; You may find his humour devoid of any merit, absolute garbage--but he gave no one reason to hate. Strange that you would focus on Red Green out of all those thousands! You greatly disliked the show! OK

Jan 21st, 2009
OMG, it's a lab monkey. Health Canada refuses to take responsibility for him, so he was left to run loose on CBC air waves. They pay him in trail mix and booster juice.

The album was produced by Ben Folds
There are guest appearances by: Joe Jackson, Henry Rollins, Andrew Belew.

And as Captain Kirk he was my first crush...

And he was awesome in Twilight Zone. So there!

As far as Canadians I hate...Maybe Celine Dion...she has far too nice a voice and is way too happy to be a true Canadian.

^ With her giant Honker, pedophile husband and crappy music she doesn't write herself (Yes, I can and will be harsh) She should head back to Las Vegas to be won in a bet by someone in the middle east, then takes her back there and we never see her again.

Speaking of Honkers, but in the sense of voice passing through the nose:

^ Jezuz, how the hell did she get famous again? I bet if I stuck a carrot up my arse, twisted and screamed through my nose, I could sell a few million copies too. Oh wait..... I'd have to out do her and scream through my ears.

And I know I'm really going to hell for this one, but here goes: 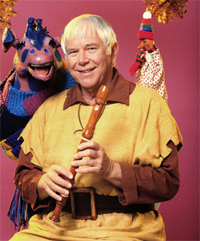 "One little chair for one of you, and a bigger chair for two to curl up in, and for someone who likes to rock, a rocking chair in the middle. Now look up..... Look Waaaayyyyy Up..... and I'll call Rusty."

That damn quote has been engrained into my brain since the age of 2 and I can not wipe it from my memory no matter how much vodka and dope I saturate it with...... before you know it, I'm staggering downtown, screaming at the top of my lungs: "LOOK UP! LOOK WAAAAAAAAAA...... *burp/drools*..... hic.... and I'LL CALL RUSTY!!!"

And me being a decent amount above the average height, closer to the 7' then the 6' mark, it kinda works, but that's not the point! That man turned me into a drunk by the age of 5 *chucks bottle at photo on the desk* ~ Cheap B*stard! He always liked Rusty better!!! ^ No not just this dim wit..... then entire show. How the hell did this show last so long and become so popular in the first place? Is it really that boring out west?? No screwed up drug deals, no attempts to thwart Mr. Lahey's plans to become trailer park supervisor..... again.... no swearing..... just half-assed-rip-off Seinfeld jokes..... and Seinfeld wasn't even that funny either.

^ Fall Out Boy..... Gawd.... when witll all this Emo crap end? The singer's got a decent voice, I'll give em that, but them mutton chops ain't helping you look any thiner buddy, and compensating with your emo cool-wannabe guitarist who isn't really all that talented in the first place and is only in the band cuz the ladies like him, ain't helping things. Realize your place in the music industry, accept it, and just fade away.

As far as Canadians I hate...Maybe Celine Dion...she has far too nice a voice and is way too happy to be a true Canadian.

Nothing like a chicken in a sac to start your day!

I have that CD. It's my dirty little secret. I have a real soft spot for "That's Me Trying". It is one of the main reasons Bill is so high on my list. Only a real arse would make people like him after "Rocket Man" 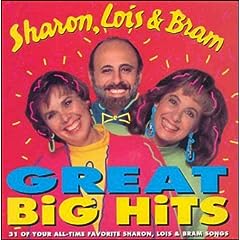 I yes, that also reminds me of:

SIZE SMALLLLL..... TREMBLE IN FEAR OF THE GREAT SPOON PLAYING RECORD MAN!!!!!! BASK IN HIS GLORY AS HE CLICKS HIS SPOONS TOGETHER AND THEN TWIRLS AROUND IN ONE SPOT TO CONTINUE CLICKING HIS SPOONS AGAIN!!!!!!

How about these guys and their church-going adventures?

Are these really Canadian shows, etc.?

Oh you betcha..... most are from the 80's, back when the Communist Smurfs, Snorkles, Romper Room, Dino the Last Dinosaur and Fragle Rock ruled the Television.

There is a reason why Canadians are so screwed up, and it's these shows many of us were stuck watching as kids, when our parents couldn't be bothered with cable and we were stuck with antenna.

There is indeed a darker side to Canada then most realize.

Oh that reminds me:

^ I'm not sure if that's a newer version of the old show, or if this was just a Canadian show and if other countries had their own version, but it certainly sucked enough to be Canadian.

How about these guys and their church-going adventures?

Hey, they're the best representation of Maritime life..... well the lower end of it I suppose, but everyone around here can relate to them.

I yes, that also reminds me of:

SIZE SMALLLLL..... TREMBLE IN FEAR OF THE GREAT SPOON PLAYING RECORD MAN!!!!!! BASK IN HIS GLORY AS HE CLICKS HIS SPOONS TOGETHER AND THEN TWIRLS AROUND IN ONE SPOT TO CONTINUE CLICKING HIS SPOONS AGAIN!!!!!!

I'm still depressed over Joey Jerimiah being bald. And then you throw this in my face. If I had a gas oven, my head would be in it.

I bet you had a crush on the chick from the Edison Twins.

Jan 21st, 2009
I'll fess up to watching Jonovison. Jonathan Torrens would have been much hotter with eyebrows.

YouTube - Jonovision CBC My Best Friend is My Biggest Headache - 1997

I'll fess up to watching Jonovison. Jonathan Torrens would have been much hotter with eyebrows.

YouTube - Jonovision CBC My Best Friend is My Biggest Headache - 1997

Why isn't he being beaten within an inch of his life for...

B. For wearing a Los Angeles Rams shirt

It was a kids show, back in the 70s....it was actually well written, well acted, and funny (for a kids show)

Jan 21st, 2009
Has any had a look at the new Canadian shows on TV? There are some really good ones on right now. Traders is a great show - we don't like to miss it. The Border is another one. I don't know that they are all especially new but they are shows we have just discovered over the past couple of months or so. I think another one is called The Guard but I'm not sure of the name. I'm not sure how I feel about that one yet. I like David James Elliott but maybe not in this show. I'll have to see a few episodes (or not)