Blackleaf
#1 Jul 6th, 2008
British Prime Minister Gordon Brown may be more inactive on the world stage than his predecessor Tony Blair (being the former Chancellor of the Exchequer he seems interest only in the economic side of foreign policy), but this isn't necessarily a bad thing....


Britain and the world 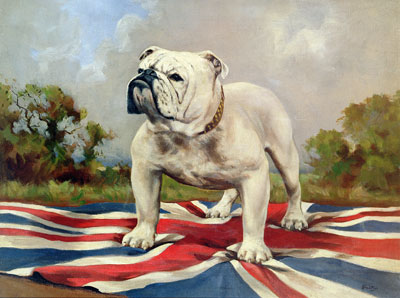 SO MUCH that has transpired during Gordon Browns first year as prime minister has been unexpected. A politician renowned for strategic cunning has erred repeatedly (most famously over whether to call a snap election last autumn) and now languishes in the polls; an intellectual with an eye for the big picture still lacks a theme for his government, or even a signature reform. Less surprising, perhaps, is that foreign policy has not played the vaulting role in his premiership that it did under Tony Blair, his predecessor, whose time on the world stage included five wars, the pronouncement of a radical doctrine of humanitarian intervention and a mission to put Britain at the heart of the European Union (EU).

Compared with such a record, Mr Browns foreign policy has shown a circumspectionfive months elapsed before he made his first major speech on the topic, and he has few diplomatic initiatives to his namethat cannot adequately be explained by domestic distractions. True, a spluttering economy has grabbed his attention, made voters less indulgent of the jet-setting beloved of Mr Blair and diminished the soft power that Britain enjoyed when it was seen as a country that had mastered globalisation. But economic woes across the Channel have not stopped Nicolas Sarkozy, the French president, rebuilding his countrys relationship with America (though he had more need to do so, given the unpopularity of the previous president, Jacques Chirac, in Washington) and propounding bold ideas for Europe. 
One explanation is that, after a decade as finance minister, Mr Brown has developed a taste for only the economic dimension of foreign policy. He has a zeal for international development (Foreign Office types complain of the aid budget growing while embassies are closed to save cash), wants reform of the Bretton Woods institutions and believes that trade can discourage conflictas chancellor of the exchequer he once dispatched Ed Balls, now a member of the cabinet, to investigate the economic obstacles to peace in the Middle East. It is telling that Mr Brown was the only foreign head of government at a big energy conference in Jeddah on June 22nd.

Another theory is that, whereas Mr Blair felt liberated from public opinion in foreign affairs, Mr Browns conduct abroad is no less guided by political calculation than his domestic policy. As a result, vision gives way to cautious ambiguity. His equivocation over signing the EU treaty last autumn is a case in point; his habit of blowing hot and cold in relations with America (he was coolly correct with President Bush last summer but has warmed up since) is another. Robin Niblett, the director of Chatham House, a research institute, draws the contrast with Mr Sarkozy and Angela Merkel, the German chancellor, both of whom made the call that improving relations with America was in their national interest, even though it would be controversial at home.

Of course, Germany and France had ground to make up that Britain did not, and the prime minister can mount a decent defence to all this. For one thing, his desire (outlined in a speech in Boston in April) to bind rising powers such as Russia and China into a rules-based world does constitute a foreign-policy vision of sorts. For another, even if Britain is less visible internationally than under Mr Blair, it is too early to say whether its influence has suffered for it. Hyperactivity on the world stage is hazardous: the Iraq war that Mr Blair led Britain into is now regarded by most Britons as a mistake, and Mr Sarkozys pushiness has alienated Germany.

Seen in this light, Mr Browns caution has been well judged. A global poll for Newsweek, an American magazine, released on June 16th suggested that Mr Brown is one of the more popular world leadersoutside his own country, at least. And, though Atlanticists and Europhiles loudly urge him in opposite directions, this is the narcissism of small differences: no prime minister will ever be less than engaged with both America and Europe.

Unlike Mr Blair, who essentially ran foreign policy himself, Mr Brown delegates. David Miliband, his foreign secretary, has made high-minded noises on spreading democracy, as well as showing a tough streak on challenges such as Russia and Iran. He is the first foreign secretary since Robin Cook [who served in Mr Blairs first term] to have a vision, says Mark Leonard of the European Council on Foreign Relations, a think-tank.

But Mr Brown cannot draw on vast reserves of foreign-policy thinking in his Labour Party.

Blairite outriders and left-wingers are united in their focus on public services. The old Labour right, whose no-nonsense take on national security was embodied by George Robertson, a former NATO secretary-general, is largely extinct. Whereas the Conservative Party harbours a cacophony of voices on foreign policy, ranging from youthful neocons to grizzled realists, Labour has only a few mumbles.

Yet Mr Browns lack of sharp elbows on the world stage still perturbs many. America and China can rely on their vast armies and economies to secure them a hearing; the influence of medium-sized powers such as Britain depends greatly on the guile and boldness of their leaders. Mr Niblett points to missed opportunities for Mr Brown to take a lead, such as on the future of the EUs defence capability. Others worry that Britain cannot afford to wait for the inauguration of a new American president to reassert itself as Washingtons closest ally, given assiduous competition from France and Germany. Mr Brown, with Mr Sarkozy, was instrumental in setting up a United Nations peacekeeping force in Darfur. But he is generally more ambiguous on humanitarian intervention than his predecessor, though conflict in Zimbabwe may yet force him to take a stand.

In all these areas, Mr Browns constant hedging may be more in line with recent British tradition than Mr Blairs sometimes reckless certainty. Only the prime ministers worst enemies would claim that he has been an outright failure in foreign affairs; but not even his cheerleaders (a rapidly diminishing group) would suggest that he has distinguished himself either.

Jul 6th, 2008
I went to Gorden browns web site on you tube ,and asked him some questions on why is it that politicians vote on there own pay rises,like they are going to say no we will have a cut this year yea right,also he has never given us are referendum when asked

A politician renowned for strategic cunning

I went to Gorden browns web site on you tube ,and asked him some questions on why is it that politicians vote on there own pay rises,like they are going to say no we will have a cut this year yea right,also he has never given us are referendum when asked

I am impressed that on a Sunday evening that you would have direct access to your PM. You must know the right people.
Regards,
scratch