It sounds like an idea for a science fiction film, but here in the UK scientists and engineers are spending time and money to see if they can do exactly that...

A BAE Systems animation shows how 'chemputer' could 'grow' drones:

Can you chemically "grow" a military drone?

It sounds like an idea for a science fiction film, but here in the UK scientists and engineers are spending time and money to see if they can do exactly that.

British warplanes are already flying with parts made from a 3D printer.

Researchers are already using that same technology to build drones.

The military advantage is obvious - building equipment quickly and close to the battlefield, without long waits and long supply chains, gives you an enormous advantage over any enemy.

But the latest innovation being developed by Prof Lee Cronin at Glasgow University takes 3D printing to another level.

With industrial advice from BAE Systems, he is developing something called a "chemputer" which, in theory, would be able to "grow" small scale unmanned aircraft, or drones, in a laboratory.

While a 3D printer physically makes the parts for a machine, the "chemputer" speeds up the chemical reactions from the molecular level.

Such a breakthrough could mean it would take weeks rather than months or years to build an aircraft from scratch.

An animated video of what it might be like is almost a scene out of Star Wars "Attack of the Clones".

Prof Cronin admits that creating even small aircraft out of chemicals "would be very challenging". 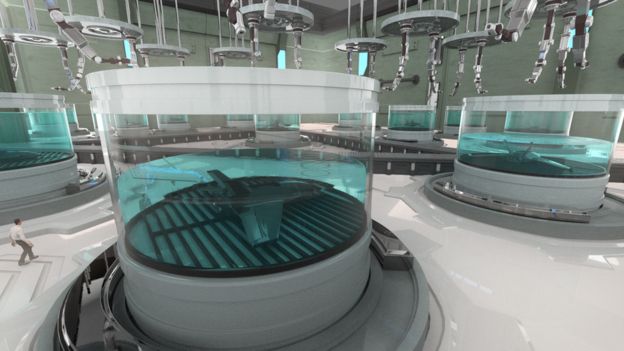 But he says that by developing an autonomous digital synthesis engine they will be able to assemble "complex objects with minimal human assistance". At least at some point in the future.

That still seems a long way off. But another innovation may be much nearer.

A small British company, Reaction Engines Limited, is already developing a rocket that could one day fly at hypersonic speeds.

Hypersonic speed is roughly defined as Mach 5 and above (Mach 1 is about 760mph).

BAE Systems has already invested more than £20m in the project.

It sees the potential for developing military aircraft that could reach a target much faster than any jet.

Flying at high speed and high altitude in space, it could also avoid air defence systems and anti-aircraft missiles.

BAE System has produced an animation that shows such an aircraft delivering swift support to special forces troops thousands of miles away.

Rather than bombs, the rocket releases small surveillance drones. 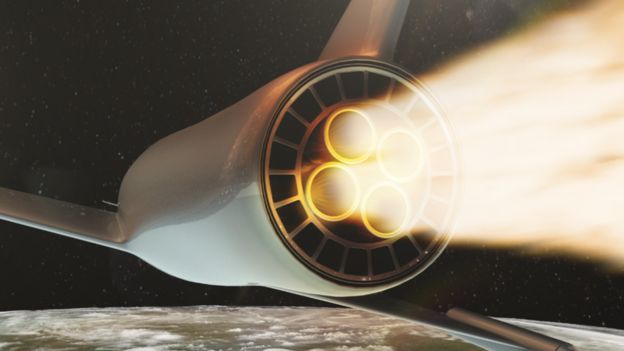 But it is clear the defence industry is already looking at their potential use on the battlefield.

The advance for commercial flight too is pretty obvious, slashing the time to cross the Atlantic.

Before dismissing such ideas as the stuff of nonsense, it is always worth remembering the speed of change.

3D printers are being used widely by the military.

I was recently on board a US Navy aircraft carrier which has its own 3D printer.

Armed forces across the world are also relying much more on unmanned land, air and underwater vehicles that can work remotely.

In fact its newest aircraft - the F35 - has been called the last manned fighter.

As Prof Nick Colosimo of BAE Systems notes, "the world of military and civil aircraft is constantly evolving".

Jul 3rd, 2016
dear occupant
your account has been terminated
we no linger require your services and need your living quatrers for parking space

all your base has belong to us