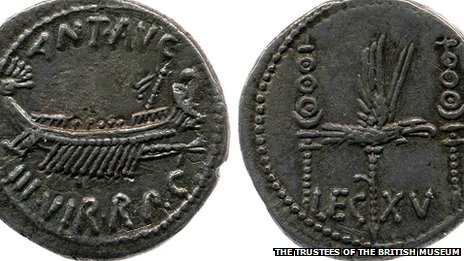 A £50,000 lottery grant could help keep a hoard of Roman coins in Bath (in south west England).

The Beau Street Hoard of 20,000 silver coins was discovered by archaeologists in 2007 and is thought to be the fifth largest find of its kind in the UK.

Some of the coins date back as far as 32BC and are currently being cleaned at the British Museum.

The initial support from the Heritage Lottery Fund could lead to a further £480,000 grant in 2013.