Blackleaf
#1 Mar 7th, 2019
A "small football-sized" cannonball thought to have been fired during the English Civil War has been found wedged in a wall.

It was discovered during repair work at Castle Cornet in Guernsey. 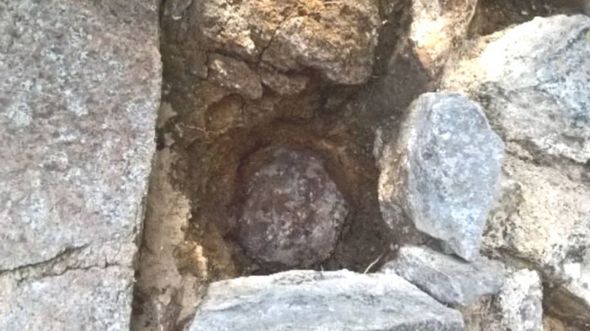 A "small football-sized" cannonball thought to have been fired during the English Civil War has been found wedged in a wall.

It was discovered during repair work at Castle Cornet in Guernsey.

During the 17th Century conflict, the Channel Island was on the side of Parliamentarians but the castle remained the last stronghold in the British Isles loyal to King Charles I.

The under-siege fortification was often fired on from nearby St Peter Port.

Today, the castle is connected to Guernsey by a causeway, but during the conflict it was a cut-off island fortress, which held out for nearly ten years (1642-51).

The 350-year-old cannonball was found "quite deep" in a castle wall by stonemasons, Guernsey Museums' Dr Jason Monaghan said. 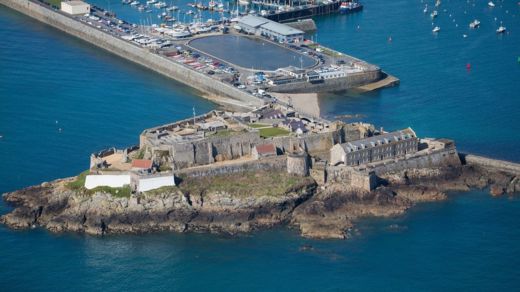 "It's probably why nobody ever breaked it out.

"In the past they picked up the cannonballs that were fired here and basically fired them back - because they didn't explode in those days," Dr Monaghan added.

During the English Civil War the castle was the home of Guernsey's governor, appointed by the king.

It relied heavily on supplies by boat from the neighbouring island of Jersey, which was also Royalist. These boats were often targets for parliamentarian cannons, Dr Monaghan said.

"This probably came from one of those exchanges.

"We know there was a battery up at St Barnabus that used to shoot at the Castle - it's exactly the right sort of distance and direction for a cannonball to come thumping in," he said.

Neighbouring Jersey's Royalists were eventually subdued following Charles I's defeat by Cromwell at Worcester, cutting the Guernsey castle off, and forcing it to surrender in 1651.
https://www.bbc.co.uk/news/world-eur...rnsey-47481717