Things are looking up.

May 16th, 2020
Weird scenes as the Bundesliga returns. 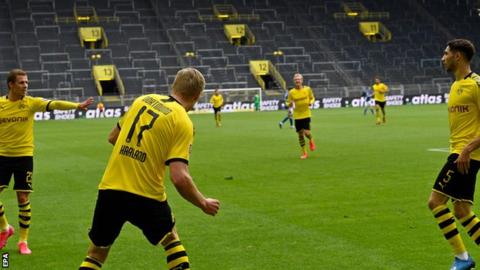 Erling Braut Haaland scored for Borussia Dortmund as they marked the return of the Bundesliga during the coronavirus outbreak with a convincing derby win over Schalke.

The game will mostly be remembered for the surreal circumstances in which it was played, as Germany became the first major league in Europe to resume action behind closed doors.

There was an eerie atmosphere at Dortmund's iconic Signal Iduna Park stadium, with every shout by players or coaches audible, and social distancing protocol followed by substitutes and during goal celebrations.

Haaland opened the scoring with a trademark cool finish, flicking home Thorgen Hazard's cross to continue his sensational season, albeit after an enforced break of almost 10 weeks.

Raphael Guerreiro added two more goals and Hazard also found the net as Dortmund went on to claim a comfortable win over their near neighbours and move within a point of leaders Bayern Munich, who play on Sunday.

A strange feeling as football resumes 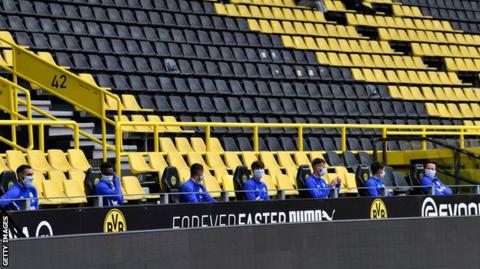 The Schalke substitutes were all separated by two metres

Elite-level football might be back in Europe, but it certainly has a different feel about it than it did two months ago.

Strict hygiene protocols saw the Dortmund and Schalke players arrive on multiple buses, use several changing rooms and then enter the pitch by different routes. 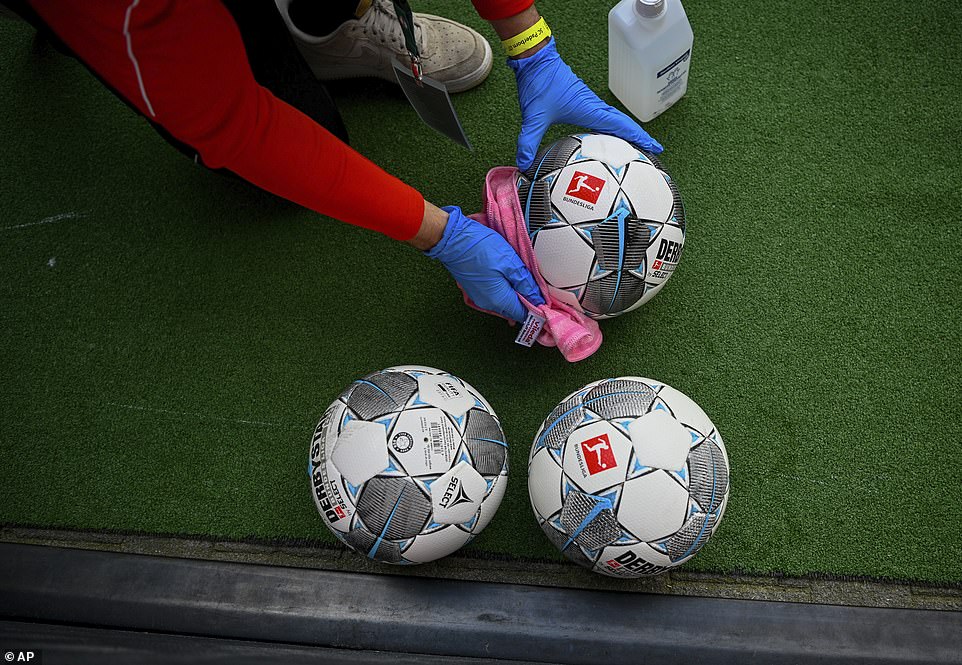 Warm-ups were staggered and the coaching staff and substitutes wore masks and were all separated by two metres as they took their place on the sidelines.

Once the balls had been disinfected by the ball-boys, the game began in total silence, only pierced by the referee's whistle for kick-off, before being played out to the sound of echoed applause or yelled instructions from the dug-outs.

Fans were completely absent from the 80,000-capacity stadium but that did not stop the Dortmund players performing their trademark salute to the empty stands at the final whistle - standing apart rather than holding hands of course. 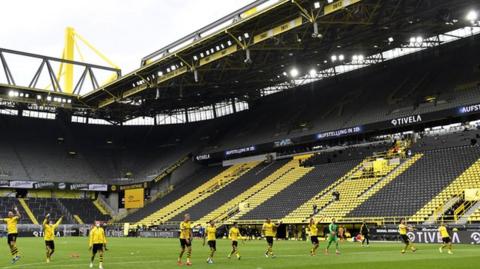 Kind'a hard to strip someone of the ball while obeying social distancing rules, n'est ce pas?

Kind'a hard to strip someone of the ball while obeying social distancing rules, n'est ce pas?

Next is the German Cup on 4 July, Bayern vs. Bayer Leverkusen. If Bayern wins, they'll be well on their way to another Triple (Bundesliga, German Cup, and Champions Cup).