Allison Jones, The Canadian Press
Published Tuesday, December 9, 2014 12:03PM EST
Last Updated Tuesday, December 9, 2014 3:39PM EST TORONTO -- People in Ontario are paying billions of dollars extra for electricity thanks to a flawed smart meter program and the above-market rates the province pays most power generators, Ontario's auditor general reported Tuesday.
Ratepayers will pay $50 billion between 2006 and 2015 because of an extra charge on their electricity bills that covers the gap between guaranteed prices paid to contracted power generators and the market price, auditor general Bonnie Lysyk wrote in her annual report.
The report also highlighted a "high-risk" loan to a MaRS real estate project in Toronto that left Lysyk uncertain about its benefit to taxpayers, as well as public-private infrastructure projects that are costing billions more than if they were delivered by the public sector.


Lysyk also flagged Ontario's growing debt as a concern. The net debt was more than $267 billion as of March and even if the Liberal government meets its goal of eliminating the deficit in 2017-18, net debt will have risen to $325 billion, Lysyk projected.
In her analysis of the smart meter program, Lysyk found the extra electricity charge, known as global adjustment, has increased by 1,200 per cent between 2006 and 2013 -- meanwhile, the average electricity market price has dropped by 46 per cent.
Most residential and small business ratepayers pay time-of-use pricing, enabled by a $2-billion smart-meter program that has so far spent double its projected cost and has not led to the government's electricity conservation goals being met, Lysyk wrote.
The global adjustment makes up about 70 per cent of the electricity charge on those customers' bills and as a result the difference between on-peak and off-peak pricing narrowed to the point where it is "undermining time-of-use pricing as an incentive for ratepayers to shift to off-peak," Lysyk wrote.
Peak electricity demand actually rose slightly between 2004 and 2010, the auditor general wrote.
The government decided to mandate smart meters in Ontario before it did a cost-benefit analysis and when the analysis ultimately was done, it was flawed and its projected net benefit of $600 million was overstated by at least $512 million, Lysyk wrote.
"As a result, electricity ratepayers in Ontario are paying significantly more for this initiative in their monthly electricity bills than was originally intended," she wrote.
Infrastructure Ontario loans also came under the auditor general's microscope and she found that for 74 public-private projects the tangible costs -- construction, finance and professional services -- were about $8 billion higher than if they had been delivered by the public sector.
Infrastructure Ontario said that the cost difference was "more than offset by the risk of potential cost overruns" if the construction and, in some cases, maintenance of the 74 facilities was done by the public sector, Lysyk reported.
The agency is also the one that granted a $224-million loan to MaRS for its Phase 2 office tower in 2011. MaRS and the developer have been unable to repay the loan and the province now has to pay interest of up to $7.1 million a year.
The opposition parties have been highly critical of the loan and have accused the government of stonewalling them in their attempts to learn how the decision to grant the loan was reached.
It remains to be seen whether its benefits will ultimately outweigh the high risks, Lysyk wrote.
"The lack of transparency around the policy objectives and intended benefits to be obtained from the significant financial risks assumed in providing this loan, as well as the Ministry of Research and Innovation's guaranteeing this loan, may have created the perception that the government is bailing out a private-sector developer," Lysyk wrote.
The auditor general also found that one-third of licensed child-care operators over the last five years were not inspected before their licence expiry date and staff are not required to obtain vulnerable sector checks, which are more thorough than criminal reference checks.
In the health sector, Lysyk wrote that the government has no way of tracking immunization rates and has no co-ordinated system to deliver palliative care.

Dec 9th, 2014
As long as government is extorting profit, they're not going to do a thing to ease up on their rapefest

Ontarios majority Liberal government has pledged to eliminate its $12.5-billion deficit by 2017-18. But by that year, the provinces net debt will have soared to $325 billion  more than double the $156.6 billion a decade ago, Lysyks report estimated.

To put this in perspective, to eliminate Ontarios 2017-18 estimated net debt, every man, woman and child in Ontario would need to contribute $23,000 to the provincial coffers, Lysyk said in her report.

The negative implications of a large debt load include debt-servicing costs diverting funding away from other government programs, greater vulnerability to interest rate increases and potential credit-rating downgrades which could lead to higher borrowing costs in the future, the report stated.

To put those implications into perspective, Lysyks report pointed out that the government now spends more on debt interest than it does on post-secondary education, and those interest costs are growing.

AG has found more than $10 billion in waste, & ON Lib attack the AG?

TORONTO - Risky government schemes like the MaRS bailout and the Smart Meter program have squeezed billions of dollars out of Ontarians' pockets with little to show for the added expense, the Ontario auditor general warns.

The auditor's annual report released Tuesday highlights many instances where the debt-saddled provincial government has failed to get good value for tax dollars.

At the same time, the wait list for services provided to people who are developmentally delayed is almost as long as the number served, and it would take 22 years to clear the backlog for residential care if no one else applied during that time.

TORONTO - Risky government schemes like the MaRS bailout and the Smart Meter program have squeezed billions of dollars out of Ontarians' pockets with little to show for the added expense, the Ontario auditor general warns.

The auditor's annual report released Tuesday highlights many instances where the debt-saddled provincial government has failed to get good value for tax dollars.

At the same time, the wait list for services provided to people who are developmentally delayed is almost as long as the number served, and it would take 22 years to clear the backlog for residential care if no one else applied during that time.

Dec 9th, 2014
I wonder if the report might go some ways in clearing some ten thousand complaints before the Ombudsman against Hydro One's version of service. Now, if they could only do some criminal investigation into manufactured spikes in smart meter readings

le merged threads on my and goober's double derp.

I was just getting worried because we had three threads on the Ontario AG report and none of them were posted by Mentalfloss.

Do you suppose hell has frozen over?

Dec 9th, 2014
Bet'cha we'll never get to see how many of those private energy suppliers, from which Hydro One buys at over-market rates, were former Ontario Hydro works - including the nuclear ones with the long mortgages and short shelf lives

I was just getting worried because we had three threads on the Ontario AG report and none of them were posted by Mentalfloss.

Do you suppose hell has frozen over?

If this was the Auditor General's finding on Mr. Harris a decade ago or on the Federal Conservatives, I am sure he would have had 3 or 4 posts on the subject by now. 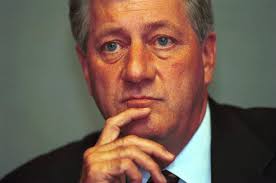 That screwed up Ontario The guy up top is a Conservative, not a Liberal like the guys below him.

Liberal = Knows whats best for you.

Remember that and when you pay your ridiculous Hydro Bill remember that it doesn't matter how much scandal the Liberals inflicted on the Province of Ontario. Mike Harris is Evil.

Here in Ontario, you can double the damnation when the one advantage we had to attract industry - the 1906 Hydro-Electric Power Commission of Ontario, with its mandate to provide power at cost to the PEOPLE - was deregulated, broken up and piece-mealed out to the for profit sector. You can blame Liberals all you want for what happened next. It's pretty much the same as blaming the cattle for getting into the grainfields when the cowboy left the gate open. Piggies at a trough are piggies at a trough. What investor is going to lose profit to high labour cost and a big hydro bill to boot?

There's lots of blame to go around....

Dec 10th, 2014
It was big news yesterday, toned down by the time of late news broadcasts and not a word on the News at Noon. Odd how that happens....

Nov 2nd, 2016
Did you know that while Ontario has almost double the electrical rate that Quebec has

It also has double the energy coming from wind farms that Quebec has....

Nov 2nd, 2016
It would seem that Mr. Wynne wants Ontario to be first...as in the highest bills of any Canadian province. She's succeeding!

Ummm Nova Scotia is not an island.

Ummm Nova Scotia is not an island.

Are you looking at the same graph?

Are you looking at the same graph?

Nov 2nd, 2016
Why so much? Paying for anything special like a new grid or carbon capture?

Nov 2nd, 2016
It's a race, who between Wynne and JT will squeeze out the most. My bet is on JT, but Wynne very close.

I can choose not to be silly. You can't help being dense. But please, tell us more about how electricity on islands costs more.

Prove it. I'll give five bucks if you can go a week without being silly.

Prove it. I'll give five bucks if you can go a week without being silly.

Pete...Do like I do....Just verbally bitch slap him, then ignore his comeback... it aggravates him to no end, cause he seems to thrive on argumentation.......

Pete...Do like I do....Just verbally bitch slap him, then ignore his comeback... it aggravates him to no end, cause he seems to thrive on argumentation.......