Blackleaf
#1 Oct 21st, 2018
Road workers building a new bypass have unearthed the Ice Age remains of a woolly mammoth and a woolly rhino.

The team, working on improvements to the A14 between Cambridge and Huntingdon, discovered a number of bones while digging near Fenstanton. 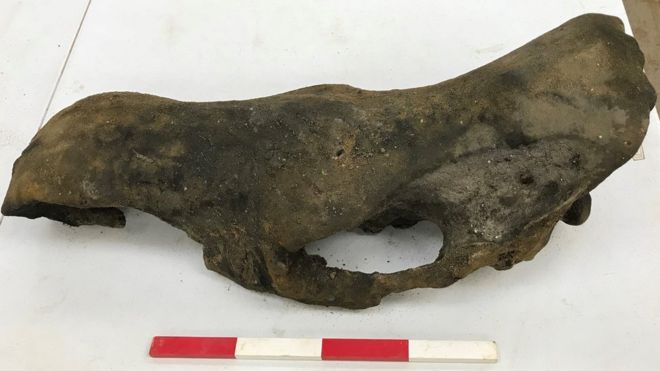 Road workers building a new bypass have unearthed the Ice Age remains of a woolly mammoth and a woolly rhino.

The team, working on improvements to the A14 between Cambridge and Huntingdon, discovered a number of bones while digging near Fenstanton.

Experts believe the remains, found in what was once an ancient river, could be at least 130,000 years old.

Palaeontologist Dean Lomax said discoveries like this were "exciting" and "quite uncommon".

Highways England confirmed the prehistoric bones will be sent to specialists in London for further analysis. 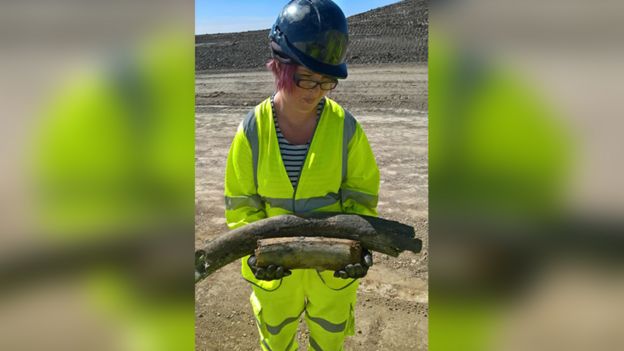 A spokesman they were "the latest in a series of fantastic finds" from the team working on the A14. 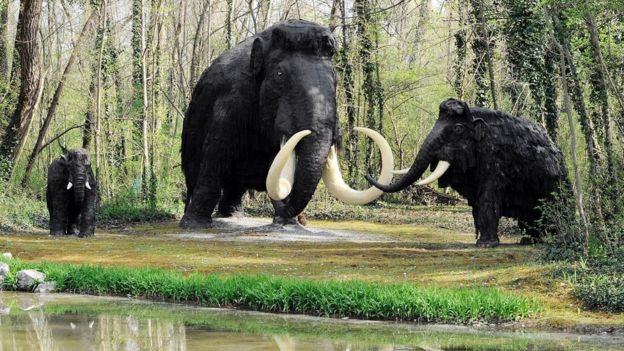 An artist's impression shows how the woolly mammoth would have looked

Mr Lomax, who is a visiting scientist at The University of Manchester, said it was "exciting" the bones were discovered during roadworks.

"What I would really like to know is how much of each animal has been found," he said.

"Woolly mammoth and woolly rhino were once a common part of the wildlife here in the UK but recent discoveries like this are quite uncommon.

"It would be interesting to know whether this is a one-off discovery or whether more individuals are preserved in the same area."

More than £1.5bn of improvements are being made to the A14. The work includes creating a new bypass to the south of Huntingdon and upgrading 21 miles of road.

The Woolly Mammoth, or Mammuthus primigenius, was one species of mammoth which went extinct around 10,000 years ago
They could reach up to 11ft 5ins in height and weigh six to eight tons
Remains of the woolly mammoth have been found on most continents except for Australasia and South America
The Woolly Rhinoceros, or coelodonta antiquitatis - meaning cavity tooth - died out in around 8,000 BC
The species could grow to between 10ft (3.05m) and 12ft 6ins (3.81m) long and 6ft 6ins (2.01m) tall, weighing two to three tons
The first discovery of the species was made in Poland in 1929; the only prior evidence of its existence was cave paintings.