A'Mhoine Peninsula, we have a problem

Blackleaf
#1 Jul 21st, 2018
A remote, boggy stretch of land on the north coast of Scotland is set to become the UK's first spaceport.

The A'Mhoine Peninsula in Sutherland has been chosen as the most suitable place from which to launch rockets vertically to put satellites in orbit.

The UK Space Agency is giving Highlands and Islands Enterprise £2.5m towards the development of the facility. 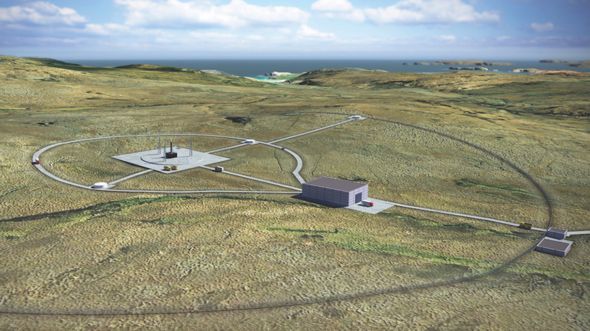 Artwork: This is what a Scottish spaceport could look like in the early 2020s

A remote, boggy stretch of land on the north coast of Scotland is set to become the UK's first spaceport.

The A'Mhoine Peninsula in Sutherland has been chosen as the most suitable place from which to launch rockets vertically to put satellites in orbit.

The UK Space Agency is giving Highlands and Islands Enterprise £2.5m towards the development of the facility.

HIE will work closely with a consortium that includes the American aerospace giant Lockheed Martin.

The goal would be to have launches as early as possible in the 2020s.

The Scotland money is part of a package of grants to foster UK launch capability that was announced by Business Secretary Greg Clark at the Farnborough International Air Show.

He told the event: "We are one of the best countries in the world for the research, development, manufacturing and application of satellites - big and small. And when we see the expansion that is taking place, and the requirement that these satellites need to be launched into orbit - there is an obvious opportunity here for the UK and it must be grasped." 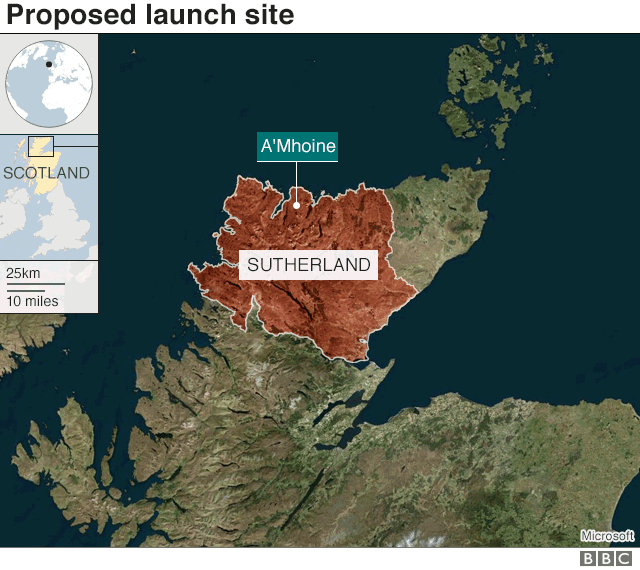 Mr Clark detailed a total of £33.5m in grants from a reserved pot of £50m to help drive forward proposals.

Lockheed will get the lion's share at £23.5m. The company wants to bring the Electron rocket to Scotland. Currently, this vehicle flies out of New Zealand.

A British version of the rocket would have a propulsion unit and satellite dispenser developed and built at Ampthill in Bedfordshire, Harwell in Oxfordshire, and in Reading in Berkshire.

Patrick Wood is Lockheed Martin's senior executive in the UK. "As a country we've not invested in launch vehicles since 1971 and Black Arrow, which put up the Prospero satellite. I'm really proud to be working with the Lockheed Martin team and our partners in delivering the the first launch from British soil," he told BBC News. 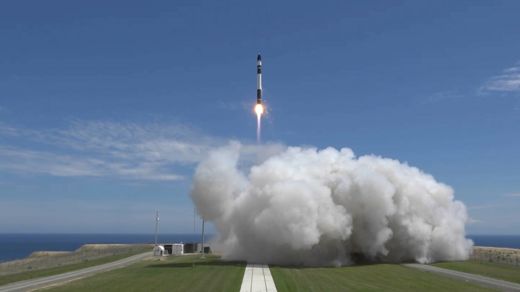 HIE will develop the launch complex at A'Mhoine, with Lockheed using one pad, and a second pad likely to go to Orbex. This is a new company that has been developing a 17m-tall rocket out of the public eye.

On Monday, however, the firm was very forward in discussing its plans, which have now been backed through a UK Space Agency grant to the tune of £5.5m.

"We will be putting a new factory into Scotland where we will be doing the main production and integration of the vehicles. The vehicles will then be transported to Sutherland," explained Orbex CEO, Chris Larmour. "Internally, I don't think we realised just how big today is because we've been focussed on technical tasks. But this morning at the show, I think we're beginning to realise just how big a moment this is."

The UK government has been mulling the idea of home spaceports for a decade now, and has updated the legislation that would make them possible.

While the headline news focussed on Scotland and the launch of rockets from the ground, £2m has also been released to further investigations into the siting of a "horizontal launch" spaceport as well.

This would see a modified aeroplane leave a British runway, climb to altitude somewhere out over the ocean and then release a rocket that can put the satellite in orbit. A number of such systems are presently in development. 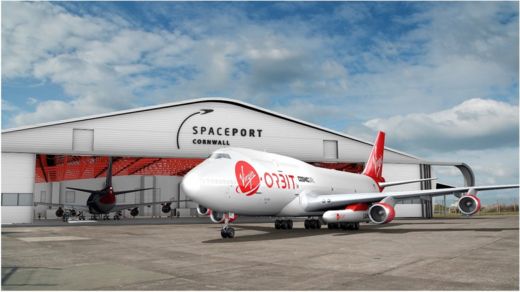 One making waves at the moment is owned by entrepreneur Sir Richard Branson. His Virgin Orbit company, based in Long Beach, California, has converted an old Virgin Atlantic 747 to dispense its LauncherOne rocket - a maiden flight for which is imminent.

Cornwall, in particular, is very keen to have Virgin Orbit operate out of Newquay Airport. The council and the California company signed a partnership agreement at the air show. A first mission is being targeted for 2021.

"Cornwall is showing ambition," said Adam Painter, the leader of the council. "Years ago we sent miners around the world; we led the world in mining. That industrial time has gone but for Cornwall - we see that we have a number of new areas that we could excel in and space is one of them."

Why is this important?

The UK is in a unique moment. Having pioneered the development of small satellites, through companies such as Surrey Satellite Technology Limited and AAC Clyde Space, it has put itself right at the crest of a new wave. The use of off-the-shelf, low-cost, miniaturised consumer electronics is revolutionising satellites. It is now possible to put enormous capability inside a very small box. Having spaceports would allow UK industry to offer the full "turn key" product to their customers - from design, to build, to launch. The whole package. 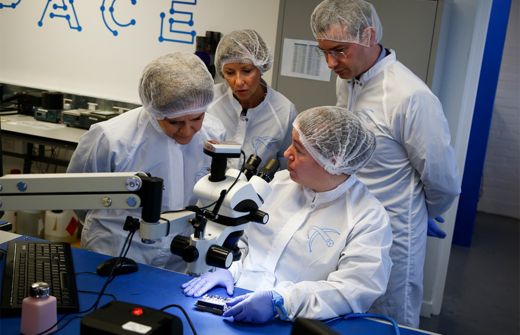 What sort of satellites?

Everything you can imagine. Satellites to monitor the weather, to relay communications, and to take pictures of activity on Earth. Small satellites can do all this and they tend to operate in polar-type orbits. That is, they circle the Earth a few hundred kilometres up, passing over the Arctic and the Antarctic. The north of Scotland is therefore ideally situated in this respect. Rockets would fly north, through the gap between Iceland and the Faroe Islands, and Svalbard. If there were launch failures, nothing would fall on populated land.

What sort of rockets?

I've mentioned three vehicles already that could fly from the UK - the Electron, Orbex and LauncherOne. But there are 60-plus small launch vehicles in development around the world. A few of these others are also based in the UK, and they will regard a home spaceport as a great fillip to their endeavours.

Keep an eye on the clock. Time is short for the UK if it wants to capture a significant share of the nascent small launch market. UK regional authorities and rocket operators are going to have to move fast if they want to avoid the opportunities drifting away to other countries. There is a big responsibility on government, too. It has updated legislation but many details still need to be tied down, such as liability rules and safety requirements. If these are made too onerous, it will put up the price of launching satellites. The cost per kilogram-to-orbit has to be competitive.

Chris Larmour told BBC News: "If we weren't in the position we are today with the components being fired, tested and running already - that window would not be possible for us; and I think that window is closing for people who are not in that degree of readiness."

Re: A'Mhoine Peninsula, we have a problem

Satellites to monitor the weather, to relay communications, and to take pictures of activity on Earth