Aug 27th, 2019
Astronauts Will Face Many Hazards on a Journey to Mars

Astronauts Will Face Many Hazards on a Journey to Mars
https://www.space.com/crewed-mars-mi...e=notification

https://www.youtube.com/watch?v=g2LF5lZI2VA
Streamed live on Feb 7, 2018
The BBC's McMafia is an international thriller with Russian organised crime at its heart and London as its hub. But how realistic is the portrayal of Russian-managed drug and human trafficking rings all run from offices in the City?

The Russian Embassy has hit out at what it calls the show's cliches, while the author Misha Glenny has defended his portrayal of global crime rings run from the former Soviet space. This SSEES roundtable brings together experts on the place of Russia in both the perpetration and the prosecution of transnational crime to navigate these murky waters. We will look at the long history of stereotypes of the Russian international criminal, and the present-day efforts to suppress organised crime in the region. Only SSEES can bring you this concentration of Russia-watchers, so join us on February 7 with all your McMafia questions!

https://www.haaretz.com/world-news/e...aboo-1.5822834
The Link Between Jews and Money Is No Longer Taboo

After years of focusing on anti-Semitism, more and more historians are daring to deal with a subject long considered untouchable
(in part)
Considering the dark history of the subject of the connection between Jews and money, the actual economic history of the Jews is a highly sensitive issue. Jewish history has been described as “a head without a body.” As the historian Jonathan Karp notes, the character of Shylock – the notorious usurer in Shakespeare’s “The Merchant of Venice” – has cast “a long shadow of defensiveness over Jewish self-perceptions.” Nevertheless, over the past decade, historians have been increasingly focusing on the economic life of the Jews and trying to dispel the mystery and the myths that envelop the subject. Karp has termed this an “economic turn” in the field of Jewish studies.

Until not long ago, most historians preferred to delve deeply into the history of anti-Semitism, or to study the origins of kabbala or analyze Jewish philosophy – and not dwell, for example, on the story of the Jewish trading and banking empires. That subject was largely neglected by Jewish historians themselves; they left it for thinkers who possessed anti-Semitic inclinations.
A striking example is German sociologist Werner Sombart, who in 1911 published the influential book “The Jews and Modern Capitalism” (English edition, 2001, translated by M. Epstein). In response to sociologist Max Weber, Sombart argued that it was the Jews, not the Protestants, who invented capitalism. The Jews’ compatibility with capitalism, he thought, was related to substantive traits in Judaism, which, from the dawn of history, trained the Jews in “the subjugation of the merely animal instincts in man.” In a highly dubious manner, the sociologist associates abstract Jewish thinking with the Jews’ nomadic desert origins: “The sharp outlines of the landscape in hot, dry countries, their brilliant sunshine and their deep shadows, their clear, starlit nights and their stunted vegetation – cannot all these be summed up in the one word, abstraction?”
Actually, Jewish scholars have often sought to emphasize the socialist elements of their culture, a tendency that was consistent with the leftist bent of many Jewish intellectuals in the mid-20th century. But that situation seems to be changing. Not a few contemporary Jewish intellectuals have embraced capitalism as a legitimate economic approach, and are not ashamed of it. As such, they are proud to present their co-religionists as pioneers of capitalism.
One of the latter group is the historian Jerry Z. Muller. In his 2010 book “Capitalism and the Jews,” Muller homes in on the Jewish financiers who established the Deutsche Bank and the Dresdner Bank. A similar approach is taken in “The Chosen Few” (2012), by Maristella Botticini and Zvi Eckstein. Their book describes usurious moneylending as a Jewish trade, one in which Jews specialized of their own volition, in order to exploit their relative advantages over the uneducated general population. In this way, the authors maintain, the Jews brought prosperity to the countries in which they were active.

The big-budget thriller is being criticized for 'gratuitous slurs' against Israeli businessmen, but co-writer Hossein Amini says people shouldn't rush to judgment after the first episode

The writer of a high-profile new British TV drama has rejected accusations that McMafia – set in the world of international organized crime and featuring an Anglo-Russian Jewish protagonist – is anti-Semitic...
Last edited by MHz; Aug 27th, 2019 at 10:13 PM..

What Is Quantum Gravity?
https://www.space.com/quantum-gravit...e=notification
Fascinating..

So, maybe anti-gravity IS possible!

Aug 30th, 2019
China's Lunar Rover Has Found Something Weird on the Far Side of the Moon

China's Lunar Rover Has Found Something Weird on the Far Side of the Moon
https://www.space.com/china-far-side...e=notification

China's Chang'e-4 lunar rover has discovered an unusually colored, 'gel-like' substance during its exploration activities on the far side of the moon.

China's big Woketry laboratory is investigating how to include it in Szachuan cooking.

china's chang'e-4 lunar rover has discovered an unusually colored, 'gel-like' substance during its exploration activities on the far side of the moon.

china's big woketry laboratory is investigating how to include it in szachuan cooking.

will watch for it on the local menu.

will watch for it on the local menu.

Aug 30th, 2019
Trump Launches US Space Command to Control the 'Next Warfighting Domain'

Trump Launches US Space Command to Control the 'Next Warfighting Domain'
https://www.space.com/trump-launches...e=notification

I'm waiting to see their gold lame uniforms with the silver shoulder epaulettes, Rocket Man helmet and 4" x 6" sequined Stars and Stripes over the heart.

Sep 2nd, 2019
Define 'tad'. Twist and turn is the method of staying 'cool' at that temp right?? Comets should try that method.

After leaving the control center, Indian Prime Minister Narendra Modi tweeted, ��These are moments to be courageous, and courageous we will be!��

India had hoped its Chandrayaan-2 mission would make it the fourth nation to land on the moon after the United States, Russia and China.

This cosmic region is so complicated that when astronomers first turned their attention to it years ago, they recorded two objects there because there is a symmetrical lobed structure visible there. Today, we know that there is only a single object. Still, in deference to older naming conventions, the region is often known as NGC 2371/2  a combination of the two older names: NGC 2371 and NGC 2372. 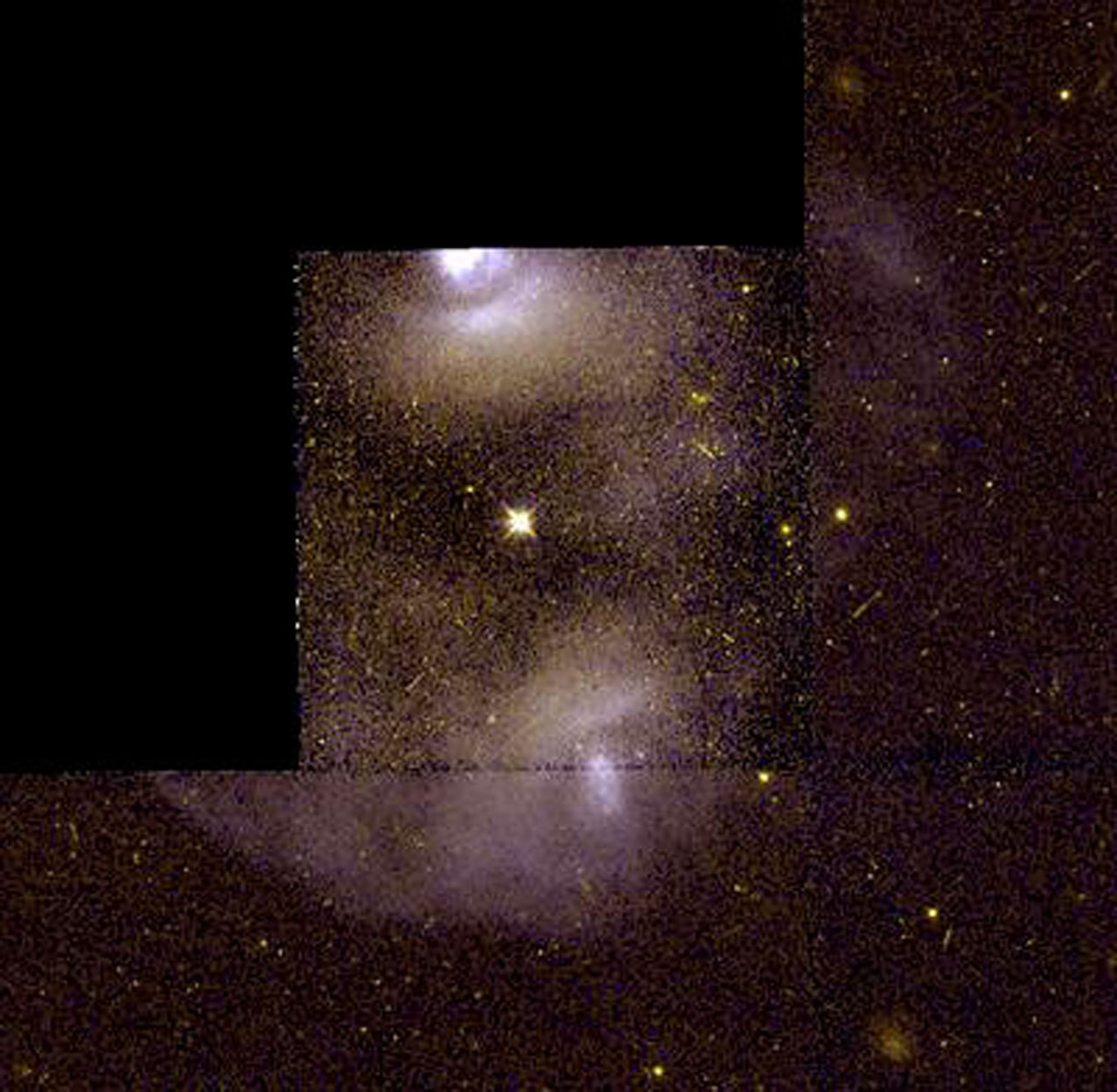 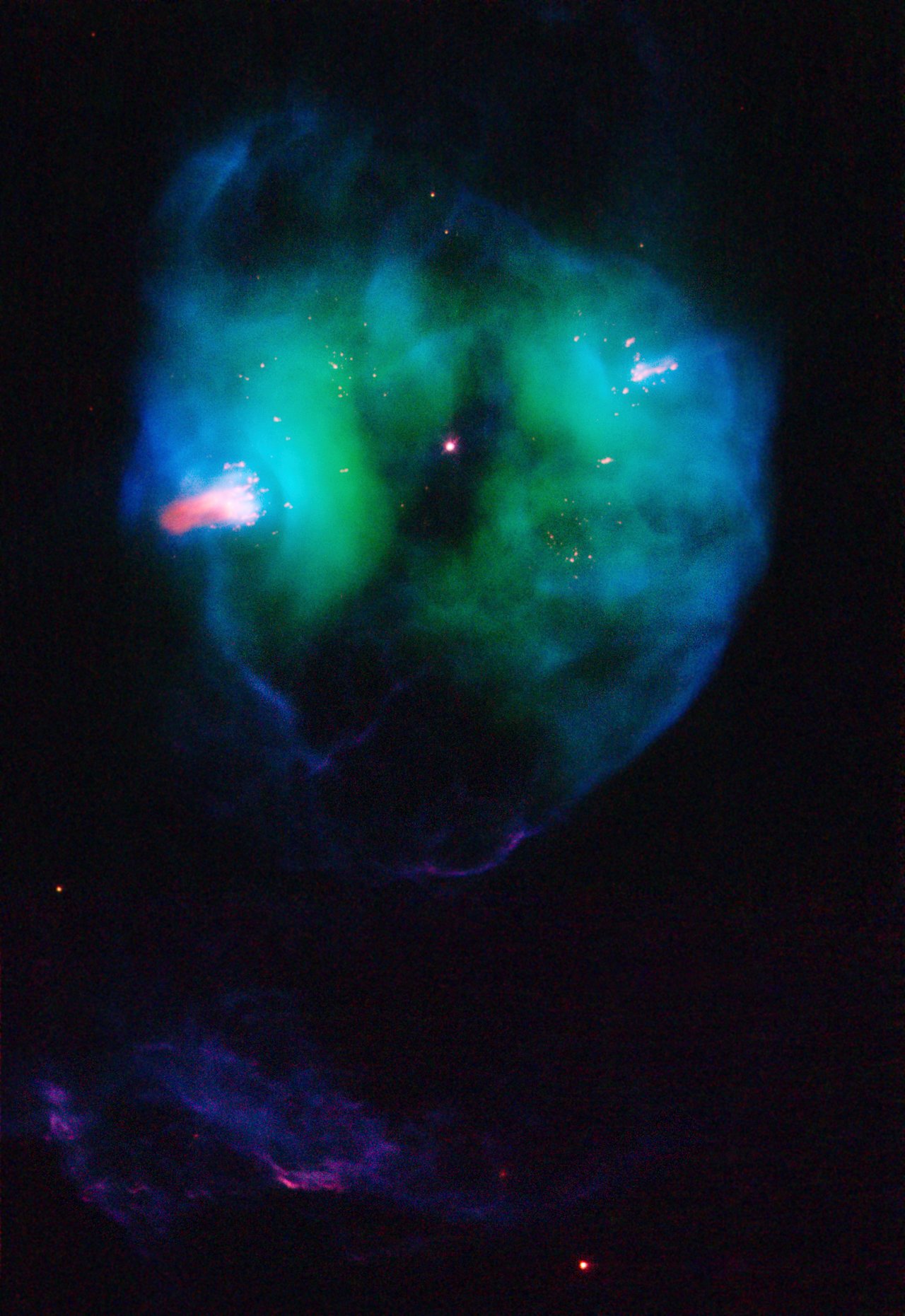 Why is Hubble being given credit when it was a merge by photoshop.

Sep 7th, 2019
Unpiloted Soyuz Capsule Returns to Earth with Humanoid Robot on Board

Sep 9th, 2019
Apparently it was piloted or it would not have ended up where it did. Humans are made of flesh, bots are not, try to not get that line blurred on V 1.0

Wouldn't THAT be wonderful??