Why every mother-in-law really is a woman Hitler

Blackleaf
+1
#1  Top Rated Post Aug 22nd, 2013
Why every mother-in-law really is a woman Hitler: It's just one of the hilarious quirks of the English language revealed in a fascinating new book


English is full of wordplay, witticisms, puns and quirks.


Crossword puzzlers will be familiar with anagrams — words that mean something else when the letters are rearranged — but what about aptanagrams, eunonyms and portmanteau words?


Anagrams are a staple of all crossword setters. But how many of us have heard of aptanagrams?


These are anagrams that can be rearranged to form a particularly apt word, phrase or sentence: 
The word paraprosdokian (from the Greek for ‘beyond expectation’) describes a figure of speech in which the second part of a sentence or phrase is surprising or unexpected and casts a new light on the first part.


They are sentences with ambushes, used for humorous effect. Groucho Marx often used them in his act:


- I’ve had a perfectly wonderful evening, but this wasn’t it (Groucho Marx).


- I want to die peacefully in my sleep like my father, not screaming and terrified like his passengers (Bob Monkhouse).


- A modest man, who has much to be modest about (Tory MP Winston Churchill of Labour MP Clement Attlee).


- There will be a rain dance on Friday, weather permitting. (U.S. comedian Steven Wright).


- You can always count on Americans to do the right thing — after they’ve tried everything else (Winston Churchill).


- If at first you don’t succeed, don’t try skydiving (Anonymous).


- I once shot an elephant in my pyjamas. How he got into my pyjamas I don’t know (Groucho Marx).


- Why do the Americans choose from just two people to run for president — and 50 for Miss America? (Anonymous).


- Light travels faster than sound. That is why some people appear bright until you hear them speak (Anonymous).


- I asked God for a bike, but I know God doesn’t work that way. So I stole the bike and asked for forgiveness (Anonymous).


An oxymoron is an expression that contains words or elements with opposite meanings, such as bittersweet.


Partisan oxymora are expressions that a cynical person might accuse of being a contradiction in terms, such as: The quick brown fox jumps over the lazy dog


A pangram is a sentence that uses every letter of the al phabet at least once.


They are often uses to test keyboards or develop new typefaces.


The most famous one is: ‘The quick brown fox jumps over the lazy dog.’ Some other amusing examples include: 
This word comes from the name of the character Mrs Malaprop in English playwright Richard Brinsley Sheridan’s comedy The Rivals.


She often mistakes words that sound similar, such as allegory for alligator. American baseball player Yogi Berra was prone to the odd malapropism. These are some of his gems:


- ‘You should never answer an anonymous letter.’


A portmanteau word is formed by combining two other words, such as smog (smoke and fog) or brunch (breakfast and lunch). Others include:


Dorkumentary — dork and documentary (a documentary on dorky subjects such as science- fiction, computers or technology).


Doughmance — dough and romance (dating someone just for expensive gifts and lavish dates).


This is a word or phrase that misleads the reader.


A famous example is Welsh Rabbit, which describes a cheese dish. The name arose from the belief that the Welsh couldn’t afford meat. And what’s more . . .


- The French poodle originated in Germany.


- French fries weren’t invented in France, but in Belgium.


- A Belgian hare is a rabbit.


- Bloodhounds are so named not because of their special ability to smell blood, but because they were the first breed of dog with blood or breeding records.


- Hollandaise sauce is from France. Word play: Where every mother-in-law is a woman Hitler and President Clinton 'finds interns'


- India ink is from China.


A eunonym is a name that seems to fit its bearer perfectly. Also sometimes known as an aptronyn. 
William Battie: A Treatise On Madness.


Frank Finn: The Boy’s Own Aquarium.


Mary Twelveponies: There Are No Problem Horses, Only Problem Riders.


These are newly coined words or expressions. The following list are expressions that have appeared in the past few years:


Baggervation: Irritated feeling you get at an airport when the other travellers have retrieved their luggage from the baggage carousel before you.


Beehacker: Beekeeper who uses digital technology to monitor and manage his hives.


Cheapuccino: Inexpensive, inferior cappuccino from a vending machine rather than a coffee shop.


Juvenoia: Baseless, exaggerated fear or paranoia that the internet and social trends are having negative effects on children.


Mouse potato: Someone who spends an excessive amount of time on a computer, an extension of couch potato.


Smirting: Flirting while smoking outside a building.


Talking hairdo: TV journalist who is superficial or who values appearance over substance.


Many companies use witty phrases based on puns, malapropisms and double entendres (an ambiguous phrase that often involves a risque interpretation).


Gynaecologist: Dr Jones, at your cervix.


New York restaurant: Customers who find our waitresses rude ought to see the manager. 
Plastic surgeon: Hello. May we pick your nose?


Plumbing firm: We repair what your husband fixed.


Launderette: Automatic washing machines. Please remove all your clothes when the light goes out. 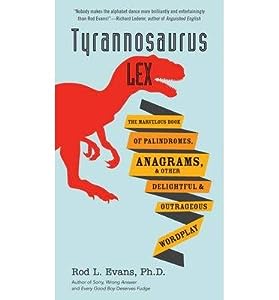