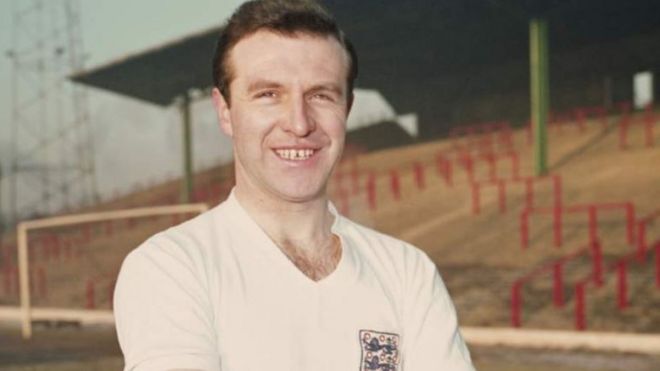 Former England football captain Jimmy Armfield has died from cancer at the age of 82.

Armfield was capped 43 times by England, 15 of them as captain, and made a club record 627 appearances for Blackpool.

He later managed Bolton Wanderers and Leeds United, and was a BBC radio commentator for more than 35 years.

His family thanked well-wishers for their "messages of love and support".

Tributes have been posted on social media from the football world, including the FA and Match of the Day's Gary Lineker and Alan Shearer.

Sir Bobby Charlton, who played in the same army teams as Armfield during their national service, and later alongside him for England at the 1962 World Cup in Chile, spoke of his sadness.

He said: "I knew the man as well as the player, and it was not by chance that we stayed in touch for so long after we both retired.

"I have missed listening to his authoritative radio commentaries and now I will miss seeing Mr Blackpool around the scene."

Sir Geoff Hurst, who played with Armfield twice in the run-up to the 1966 World Cup, said: "Jimmy was a great part of our group at the World Cup, one of the great full-backs, and one of the nicest guys you could wish to meet.

"I got to know him more after the World Cup, playing golf and at the reunions. Just an absolutely super guy and a sad loss."

Despite being a member of the 1966 cup-winning squad, a toe injury meant Armfield did not play as the team went on to win the tournament.

Armfield, who was born in Denton, Greater Manchester, was a team-mate of Sir Stanley Matthews at Blackpool, where he made his name as an overlapping right-back.

Armfield was never sent off during his career and was only booked once, after two fouls in an FA Cup match against Norwich City.

He later wrote: "I had played more than 500 League games by then and the referee was almost apologetic."

Armfield became manager of Bolton Wanderers in 1971, and took over at Leeds United in 1974, replacing Brian Clough and guiding them to a European Cup final, where they were beaten 2-0 by Bayern Munich.

Leeds player Eddie Gray, who spent his entire career at the club, said Armfield "steadied the ship" and "completely turned things round" when Clough left.

"It wasn't an easy time for Jimmy to come in because the team were getting that bit older as well, but his manner, the way he conducted himself in and around the club, was terrific," he said.

Boy, you really are young!

Or you guys are old

That doesn't make any sense

That doesn't make any sense 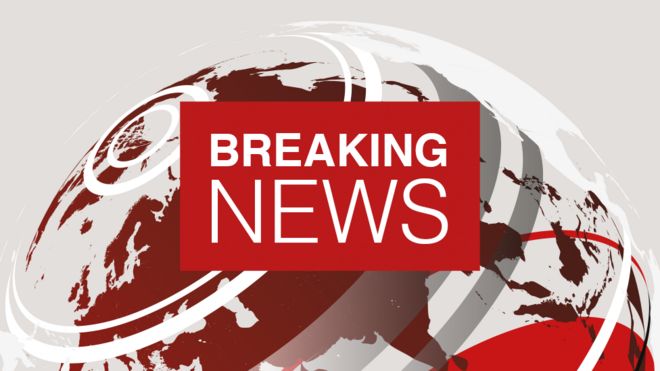 The Swedish founder of the Ikea furniture chain, Ingvar Kamprad, has died at the age of 91, the company has announced.

Mr Kamprad died at his home in Småland, Ikea confirmed in a statement.

No Beetle Bailey in the Winnipeg Free Press or the bird cage lining Medicine Fart News?

I was just watching a YouTube documentary on the making of the Blackadder series last night! Those guys were good!

I was just watching a YouTube documentary on the making of the Blackadder series last night! Those guys were good!

I've got every episode on DVD, including the 1987 Christmas special, the 1988 Comic Relief special, the 1999 time travel episode which was specially made to be shown at the Millennium Dome and an episode in which Baldrick goes behind the scenes of the 1999 special.

Blackadder was a good show.

I missed the very last episode until last night. It was brilliant and not comedic.

That certainly explains the growth in social media and the internet

That certainly explains the growth in social media and the internet

SpelChek sales are sluggish, though.

I missed the very last episode until last night. It was brilliant and not comedic.

Blackadder Goes Forth is a great example of gallows humour from characters who are in a desperate and bleak situation.

The final moments of the last episode have gone down as one of the most memorable scenes in British TV history - with the chaps leaping from the trench and straight into a hail of German machine-gun fire.

In 2002, Blackadder was voted, by the British public, the second-greatest British sitcom of all time, behind Only Fools and Horses, a show about an ambitious Peckham market trader who dreams of becoming a millionaire (it was from that series that I got those quotes in that other thread).

Skepta, Giggs and Devlin have paid tributes to Stormin MC on Twitter.

The former N.A.S.T.Y Crew member, who rose to fame alongside Kano, Jammer and D Double E, is thought to have died from skin cancer.

The east London artist revealed to fans in 2016 that he had stage two skin cancer, which had spread to his neck.

Skepta is among those to pay tribute on social media, writing simply "R.I.P Stormin" alongside a picture of the musician.

N.A.S.T.Y Crew are credited as being some of grime's pioneers, finding fame through pirate radio station Deja Vu in the early 2000s.

Their songs include Take You Out and Good U Know.

Stormin, real name Shaun Lewis, addressed cancer on his album #BRB (Be Right Back), and had been using social media to document how it was affecting him.

Not really, I read quite a bit!

Not really, I read quite a bit!

You need powerful specs to read that Metamucil bottle.

Feb 21st, 2018
Every year people die, whether they are notables or not.

Death does not distinguish between people.

Their importance will not avail them anything unless they believe and work the righteous work for God's sake and in His way and for His cause alone without associate or peer.

Some who seem notable may be trivial in God's sight unless he believes in God alone without associate or son, and unless he works the righteous work.

When man dies, he will leave his position, wealth, family and tribe behind him, and none may avail him anything against God's dealing him with justice.

(Now [after your death] have you come to Us solitary [naked] as did We create you at first [when you came out of your mothers' wombs], and you have left behind you [in the World] all [the wealth, mates and children] that We gave to you in deposit,

and We see not with you those your intercessors whom you claimed to be associates [of God] in your opinion.

Now is the bond between you severed, and [the intercession] that you claimed [in the World] has failed you.)

The above in blue is the explanation of the Quran 6: 94.

Every year people die, whether they are notables or not.

Death does not distinguish between people. 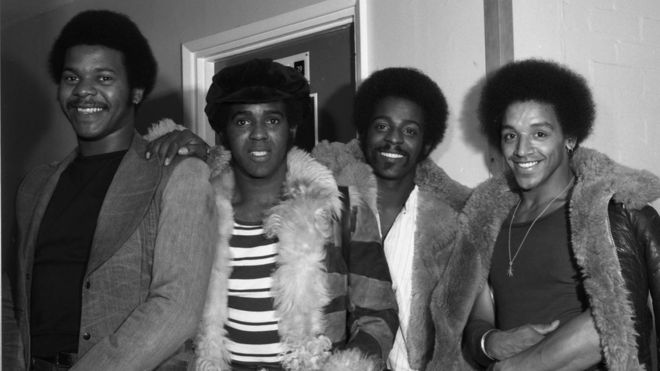 Eddy Amoo, one of 1970s soul band The Real Thing - who had hits including You To Me Are Everything and Feel the Force - has died at the age of 73.

Amoo was a vocalist and songwriter with the pioneering Liverpool quartet.

Friend Simon Sheridan said he had died suddenly in Australia and paid tribute to him as an "inspirational character".

Sheridan told the BBC The Real Thing were "huge pioneers of black music in the UK" and the first all-black British band to have a UK number one single.

Amoo started his career leading Merseybeat a capella group The Chants in the 1960s. John Lennon was said to have championed them, and they were represented by The Beatles' manager Brian Epstein for a short time.

After their demise, Amoo joined his younger brother Chris in The Real Thing.

Their other hits included Can't Get By Without You, while French house duo The Freeloaders took them back into the charts in 2005 by sampling their song Love's Such a Wonderful Thing. 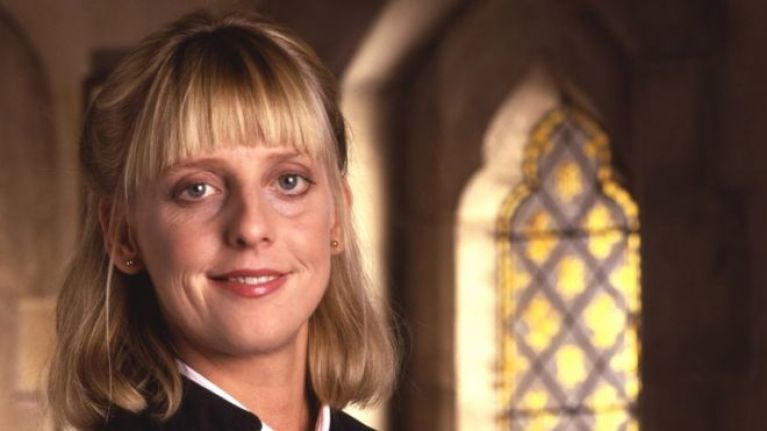 Actors Dawn French and Hugh Grant have led tributes to their former co-star Emma Chambers, who has died aged 53.

Known for playing Alice Tinker in The Vicar of Dibley, Doncaster-born Chambers also had roles in Notting Hill and a Martin Chuzzlewit adaptation.

Chambers died from natural causes on Wednesday evening and would be "greatly missed", her agent John Grant said.

"Emma created a wealth of characters and an immense body of work," he added.

French, who starred in The Vicar of Dibley alongside Chambers for 13 years, paid tribute to a "very bright spark and the most loyal and loving friend anyone could wish for".

"I will miss her very much", she said, while also posting a picture of the pair on Twitter.

Notting Hill star Hugh Grant, who played the older brother of Chambers' character Honey in the 1999 film, spoke of his sadness following the news, adding: "She brought laughter and joy to many."

Other well-wishers included Emma Freud, the partner of Richard Curtis, who created both the film and the TV comedy.

Chambers played the character of Alice Tinker, a village church verger, in The Vicar of Dibley between 1994 and 2007, with French in the title role.