Pictured: The freakish Frankenstein's monster that is the nation's ideal pet

Blackleaf
#1 Aug 13th, 2009
The British are supposed to be a nation of animal lovers, but even they would think twice about having this weird-looking creature in their homes.

It is known as the Equicanigattus, and is made up of the body parts of the nation's favourite pets.

A survey of 2,000 British pet lovers revealed the nation's perfect animal was 49 per cent dog, 35 per cent cat, nine per cent horse and seven per cent rabbit, so an artist's impression of a freakish creature composed of the body parts of those animals has been created - just like Frankenstein's monster from the novel by the British author Mary Shelley.

The most popular name for dogs who are named after sports stars in Britain is Rooney.

Pictured: The freakish Frankenstein's monster that is the nation's ideal pet


He is a freakish sight worthy of Dr Frankenstein's laboratory - but this, researchers claim, is Britain's perfect pet.

Scientists said the image of the bizarre creature - with the ears of a rabbit, face of a cat, body of a golden retriever and tail of a horse - depicts the country's ideal animal companion.

Researchers have named the creature the Equicanigattus (from the Latin roots equus, for horse; canis, for dog; and gattus, for cat) - and this furry pet is called Max. 'Max' the Equicanigattus has the ears of a rabbit, the face of a cat and a horse's tail among its odd features

But whether pet owners would take to the funny-looking animal is quite another matter.

The computer-generated picture was created after a survey of 2,000 British pet lovers revealed the nation's perfect animal was 49 per cent dog, 35 per cent cat, nine per cent horse and seven per cent rabbit.

He has high energy levels, loves daily walks and sleeps for an average of nine hours, 27 minutes a day, the researchers said.Pete Markey, who helped conduct the research for insurance firm More Than, said: 'This experiment has provided great insight into exactly what it is about their animals people love, both in terms of looks and personality, and it goes to show what a pet-obsessed nation we are.' 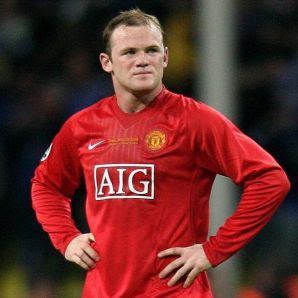 The picture was published as another study, by Tesco Pet Insurance, claimed many Britons were naming their pets after sporting stars.

'Rooney' was the most popular among half a million pet names.

Re: Pictured: The freakish Frankenstein's monster that is the nation's ideal pet