Darwin's letters to be put online

HMS Beagle in 1841. Darwin sailed on herfrom 1831 to 1836, which included a trip to Ecuador's Galapagos Islands. On seeing the finches on those islands Darwin eventually came up with the Theory of Evolution


Thousands of letters written by Charles Darwin will be put on the internet for the first time tonight, offering fresh insight into the life of the famous naturalist.

More than 5,000 letters will be put on the internetDarwin proposed the controversial scientific theory that all species have evolved over time through the process of natural selection. 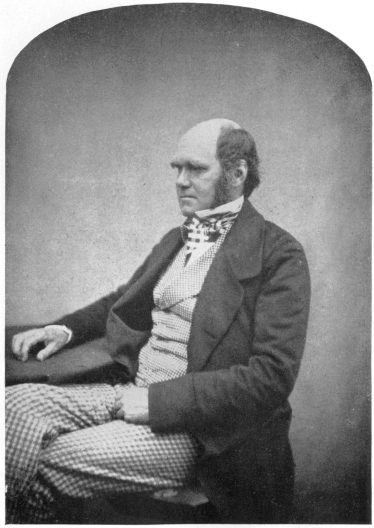 The theory, published in 1859 in his work the Origin of Species, contradicted religious beliefs at the time and Darwin ran the risk of being convicted of blasphemy.

The book was the culmination of evidence he had accumulated on his groundbreaking scientific five-year voyage on HMS Beagle in the 1830s.

The ship left Plymouth harbour on December 27, 1831 for South America before travelling to the Galapagos Islands, Tahiti, Australia and Keeling Island in the Indian Ocean.
advertisement

The Beagle returned to Falmouth, Cornwall, on October 2, 1836 and his notes from that journey made him famous when they were published as The Voyage of the Beagle.

Now a major database of 5,000 letters written by and to Darwin up to 1865 is being put on the internet.

The resource, put together by staff at Cambridge University Library, features all the surviving letters from the Beagle voyage which will be available online for the first time.

It also contains all the letters from the years around the publication of the Origin of Species in 1859 including the complete text of a letter written in 1844, in which Darwin famously wrote to Joseph Hooker that admitting to doubts about the immutability of species felt "like confessing a murder".

Darwin exchanged letters with nearly 2,000 people during his lifetime, corresponding with notable scientific figures such as the geologist Charles Lyell, the botanists Asa Gray and Joseph Dalton Hooker, the zoologist Thomas Henry Huxley and the naturalist Alfred Russel Wallace.

Dr Alison Pearn, co director of the project, said the letters contribute to an understanding of the work of these scientific figures and also provide valuable insights into the lives and work of many men and women who would otherwise be unknown.

"Darwin's correspondence provides us with an invaluable source of information, not only about his own intellectual development and social network, but about Victorian science and society in general," she said.

"They provide a remarkably complete picture of the development of his thinking, throwing light on his early formative years and the years of the voyage of the Beagle, on the period which led up to the publication of the Origin of Species and the subsequent heated debates."

The site also features a range of original documents, essays, interviews, and even play scripts, podcasts, and cartoons to complement the many hundreds of Darwin's letters that touch on religion.

Previously unpublished letters on the subject have also been included. The database can be found at www.darwinproject.ac.uk.

Known for... Proposing the theory of natural selection

1858 Published a paper introducing his ideas on natural selection; the paper was presented to the Linnaean Society, a scientific organization in London, concurrently with a similar paper by British naturalist Alfred Russell Wallace

1859 Published On the Origin of Species, his complete theory of natural selection

1871 Published The Descent of Man and Selection in Relation to Sex, which explicitly stated that humans are descended from apes

1872 Published The Expression of the Emotions in Man and Animals

Prior to the publication of Darwin's ideas, most people believed that species were eternally unchanging.

By implying that humans had evolved just like other species, On the Origin of Species directly contradicted orthodox theological opinion.

British naturalist Alfred Wallace independently conceived a theory of natural selection identical to Darwin's; both Darwin's and Wallace's theories were presented on the same day in 1858 to the Linnean Society of London.

Initially a medical student at Edinburgh University, Darwin dropped out and entered the University of Cambridge, where he became an unenthusiastic student of theology.

Darwin's father almost prohibited him from joining the Beagle voyage in 1831, for fear that it might lead him away from a future in the clergy.

Re: Charles Darwin's letters to be put online

May 16th, 2007
Historical significance of the letters

Darwin's correspondence provides us with an invaluable source of information, not only about his own intellectual development and social network, but about Victorian science and society in general. This website contains details of around 14,500 surviving letters.


Letters form the largest single category of Darwin's working papers and were one of the most important means by which he gathered data and discussed ideas. They provide a remarkably complete picture of the development of his thinking, throwing light on his early formative years and the years of the voyage of the Beagle, on the period which led up to the publication of The Origin of Species and the subsequent heated debates. In the 1860s and 1870s, Darwin was also busy with botanical investigations, studying adaptations in orchids, different types of sexual reproduction in other plants, the origin of climbing plants, and the physiology of insectivorous plants. The letters illustrate how this work, and his studies of human descent, sexual selection, and the expression of emotions, all contributed to the refinement of the theory presented in Origin. 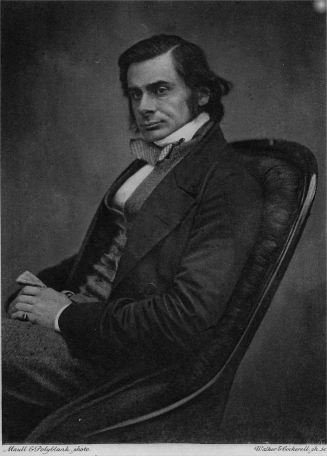 
Darwin discussed all these ideas in correspondence with other notable scientific figures such as the geologist Charles Lyell, the botanists Asa Gray and Joseph Dalton Hooker, the zoologist Thomas Henry Huxley and the naturalist Alfred Russel Wallace, and the letters contribute to our understanding of their own work and opinions. The letters also provide equally valuable insights into the lives and work of many men and women who would otherwise be unknown. Darwin maintained widespread contacts in Britain and overseas with gardeners and nurserymen, diplomats, army officers, colonial officials, and naturalists, who provided him with observations on the fauna, flora, and peoples of the world. The correspondence also reveals the extent to which his children and other members of his family helped collect evidence that Darwin hoped would support his transmutation theory.


Through his letters, Darwin may also be placed firmly in the context of his time, not just as a great scientist and thinker, but also as a Victorian gentleman, who shared the daily domestic occupations and concerns of his class. He was an affectionate husband and father, who worried about the welfare and education of his children and was continually anxious about his own health and that of his family; he was an opponent of slavery and a supporter of local charitable works; a careful investor, and a generous friend and patron.


For a detailed account of Darwin's life up to the late 1860s, see the introductions to the printed volumes, available online here