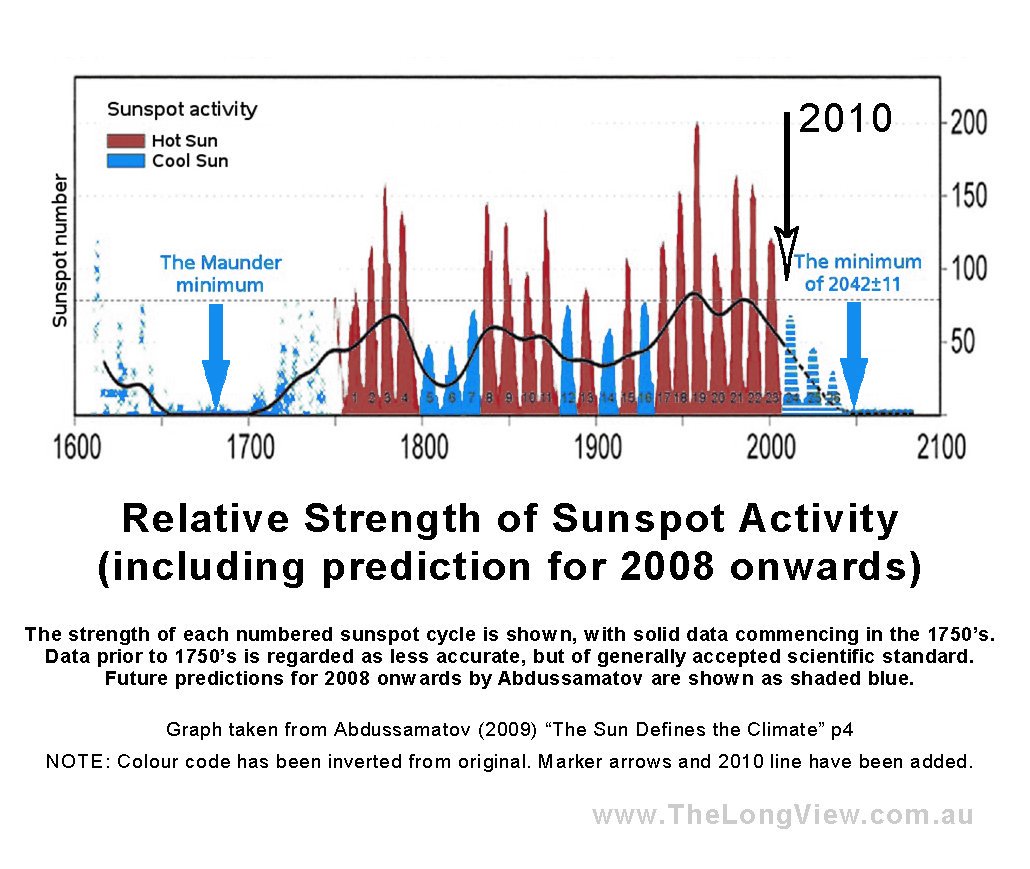 2019 had the fewest number of sunspots since the Maunder minimum. We'll be glad we put all that CO2 in the atmosphere in the last 100 years.

I prefer regattas, or even better, ragazze.

Nov 18th, 2019
I wonder...has anyone calculated all the CO2 people don't produce because they are texting or typing and NOT talking?

I prefer regattas, or even better, ragazze.

I haven't been to once since the regatta riot in Kelowna.

Why? Why is it plummeting?

Nov 18th, 2019
Maybe nature works like a propane fridge like I had in my trailer,
Using heat from propane flame to make cold....
We had a propane fridge on the farm over 60 years ago....It ain't a new concept!

2019 had the fewest number of sunspots since the Maunder minimum. We'll be glad we put all that CO2 in the atmosphere in the last 100 years.

Fewest numbers of troll posts and new psychopaths joining. Maybe next year will beat that score.

Every good bartender knows you make ice on the stove.

It's why they get paid the BIG whammies.

Those work on decompression of the gas. Burning it is just to dispose of it.

Nov 19th, 2019
You would think all those cow farts would be cooling the joint down as they release and decompress.

Boy, wouldn't a bit of science upset some commies like AOC on that score.


How To Prevent Freezing In Gas Pressure Reducing Systems:

Talk about freezing your A$$ off!

I bet just getting rid of the problem at the source ought to work fine.

I'm thinkin' eating steak would be a good start.

Of course offing all the medievil peasants might also help.

I know the PG and E are BBQing these clowns out in CaCalifornia lately, but still, I don't recommend eating them.

And you're still the forum #1 FOOL!

Most people avoid people they classify as fools, you couldn't be any closer to me in this forum. Guess what that makes you?

Democrat HUMILIATED After Ripping MASSIVE Fart On Live TV, He Denies It But We Have PROOF
Nov 19, 2019

I know the PG and E are BBQing these clowns out in CaCalifornia lately, but still, I don't recommend eating them.

The whole are will be glad the doesn't have crones as those farts are the very worst. Only smelled one once, more than enough to make this call about how bad they are. 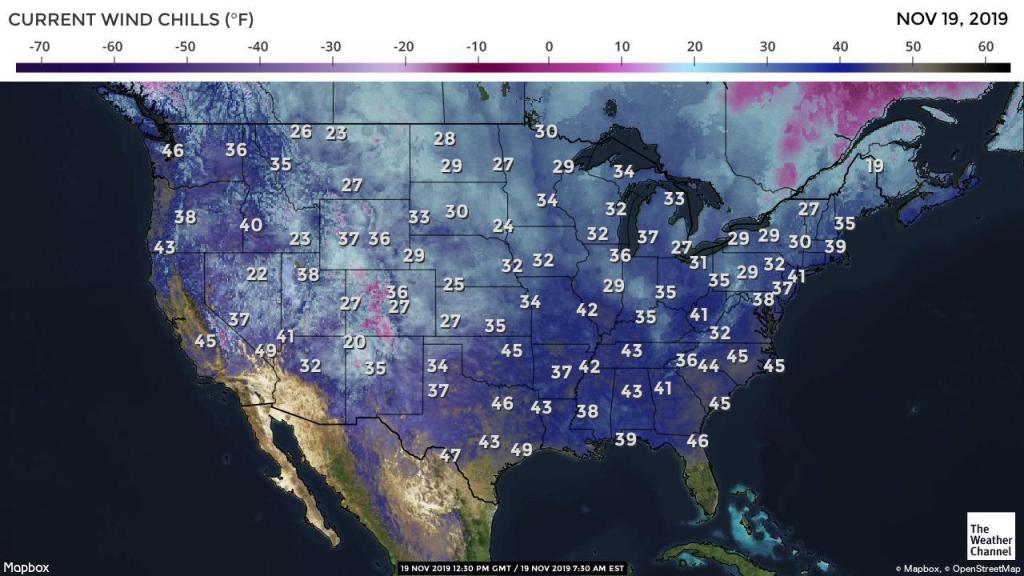 1 week ago
This is the third year in a row that freeze-up of Western Hudson Bay (WH) ice has come earlier than the average of 16 November documented in the 1980s. Reports by folks on the ground near Churchill confirm polar bears are starting to move onto the sea ice that’s developing along the shore after almost 5 months on land. After five good sea ice seasons in a row for WH polar bears, this repeat of an early freeze-up means a sixth good ice season is now possible for 2019-2020.

Sadly for the tourists, however, it means the polar bear viewing season in Churchill will be ending early this year, just like it did last year and the year before.

Nov 22nd, 2019
At my latitude the beginning of winter sees 9 hour of sunlight and the beginning of spring, it's 15.5 hrs of sunlighr
and stupid people don't believe sunlight unfiltered by cloud cover has more to do with has more to do with any warming trend than anything else, and any unusual activity in the sun is bound to affect weather on earth!

. . . and any unusual activity in the sun is bound to affect weather on earth!

Do you put on a sweater every time Mercury or Venus cast's it's shadow on the earth?

BRITAIN is facing a possible three-month big-freeze amid warnings extreme Arctic conditions could see this winter leagued among the harshest of the past century.
By NATHAN RAO 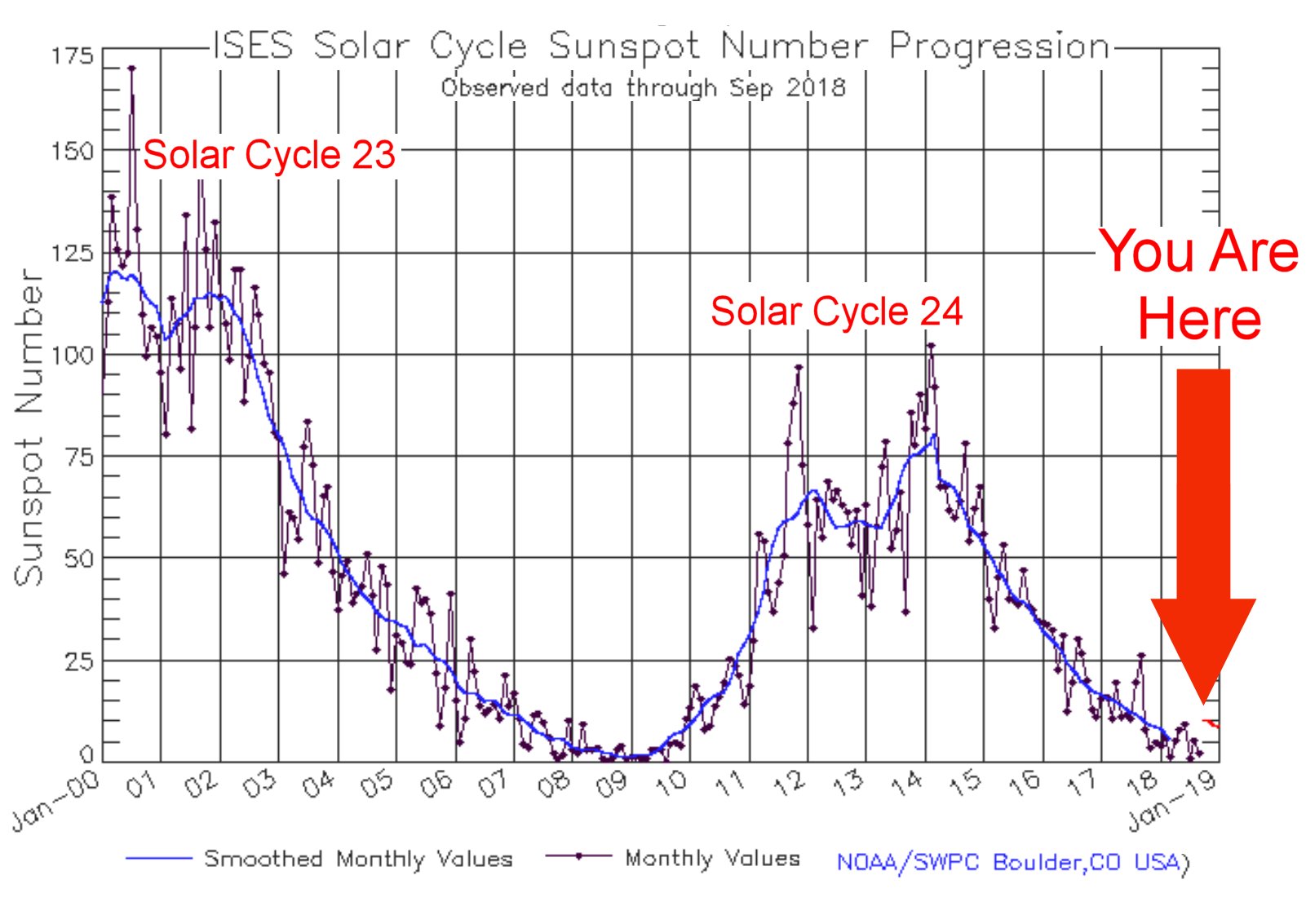 From your eyes or mine?

As the Earth was completing Solar Cycle 24, sunspot counts and magnetic activity were expected cyclically fall from its high of over 100 in 2014 to a low of zero in 2022. But the sunspot count plunged to zero in mid-2018 and has remained substantially lower than forecast for Solar Cycle 25.

The data could indicate the onset of a super cycle ‘Maunder Minimum.’ The last Maunder Minimum period from 1645 to 1715 was a period with 7 percent fewer sunspots and global cooling, referred to as the ‘Little Ice Age.’

Martin Mlynczak of NASA’s Langley Research Center reported in September: “High above Earth’s surface, near the edge of space, our atmosphere is losing heat energy. If current trends continue, it could soon set a Space Age record for cold.”

The Swiss National Science Foundation also published in early 2017 a research paper by the Physical Meteorological Observatory Davos, Swiss Federal Institute of Aquatic Science and Technology, ETH Zurich, and the University of Bern that warned that particle and electromagnetic “radiative forcing” could cause Maunder Minimum low temperatures in “in 50 to 100 years’ time.”

The United Nation’s International Panel on Climate Change has been the major “denier” of cyclical solar activity “forcing” climate change because it directly challenges the supposedly settled science that “anthropogenic” releases of fossil fuel CO2 are the exclusive cause of global warming that threatens the destruction of all living creatures.

As the evidence of solar forcing has mounted, the UN’s International Panel on Climate Change argues that climate model simulations of the period suggest that multiple factors, “particularly volcanic activity in the northern hemisphere” caused the Little Ice Age.

But the United Nations Office for Disaster Risk Reduction issued an October warning that the Ring of Fire’s 452 volcanos along the edge the Pacific Ocean edge that causes 90 percent of earthquakes and tsunamis had entered its 100-year active phase.