Blackleaf
+1
#1  Top Rated Post Nov 5th, 2019
Twenty-five bodies found in an Iron Age pit in Hampshire were victims of a violent ritual sacrifice, according to archaeologists.

Most of the prehistoric Brits, who died around 2,000 years ago, were young men who were tied up and mutilated before they were tossed into the mass grave...

TWENTY-FIVE bodies found in an Iron Age pit in Hampshire were victims of a violent ritual sacrifice, according to archaeologists.

Most of the prehistoric Brits, who died around 2,000 years ago, were young men who were tied up and mutilated before they were tossed into the mass grave. 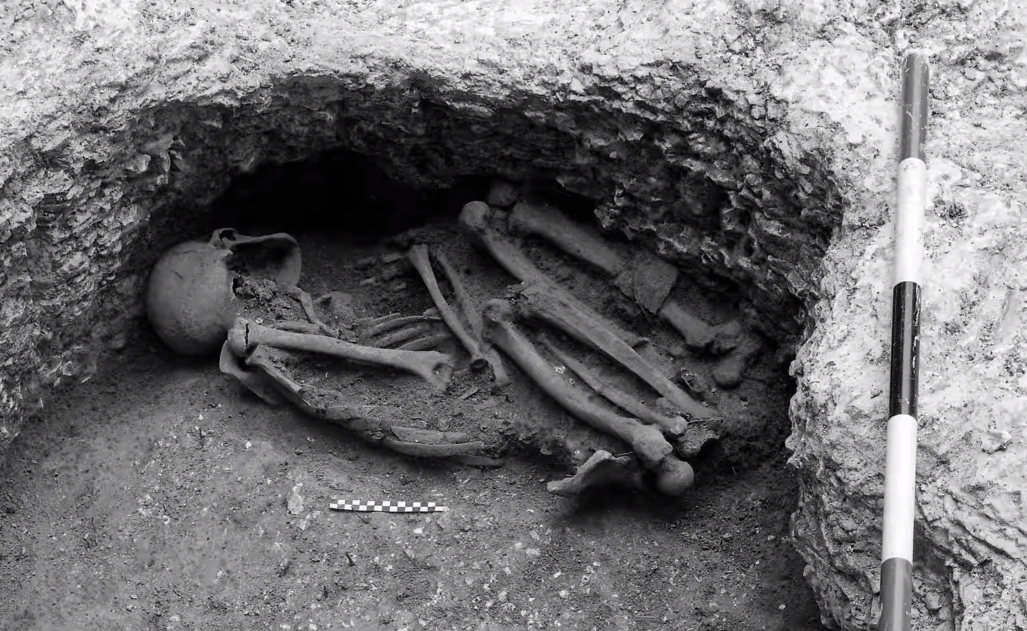 One of 25 bodies found in an Iron Age pit that experts believe was the site of multiple human sacrifices spanning hundreds of years Credit: Smithsonian Channel

Some were perfectly healthy before they were killed, while others showed signs of disease and disability.

The pit at the Danebury Iron Age fort near Winchester was discovered in the 1970s.

Excavations are ongoing, and experts who worked on the site explored the victims' gruesome final moments in a new documentary for the Smithsonian Channel.

"We found a bath-shaped pit that was rather unusual," Professor Sir Barry Cunliffe, an archaeologist at the University of Oxford, said during an episode of "Mystic Britain" aired earlier this month. 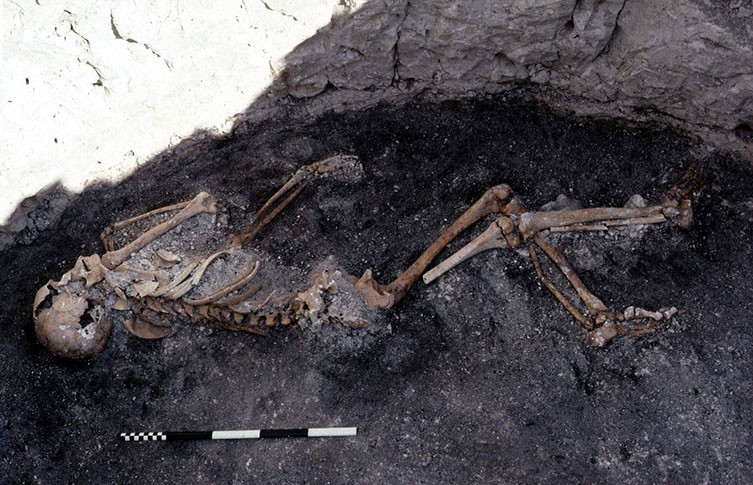 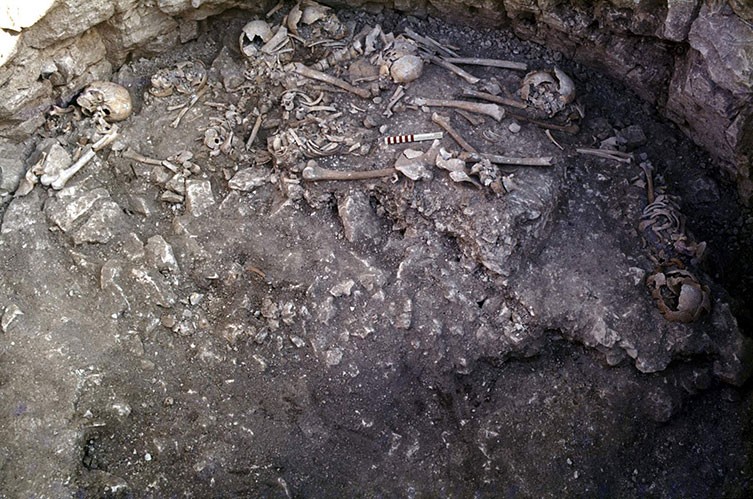 Most of the victims, who died 2,000 years ago, were young men who were tied up, mutilated and killed before they were lobbed into the mass grave Credit: Hampshire Cultural Trust

"Right in the centre was this human pelvis by itself at the bottom of the pit."

Other bones belonging to the body, such as the victim's femurs, were found scattered across the grave.

"They chopped the legs off at the top of the femurs and then slashed through the middle of the body, through the soft part," Professor Cunliffe explained.

"They took the pelvis area out of the body and placed it at the bottom of the pit." 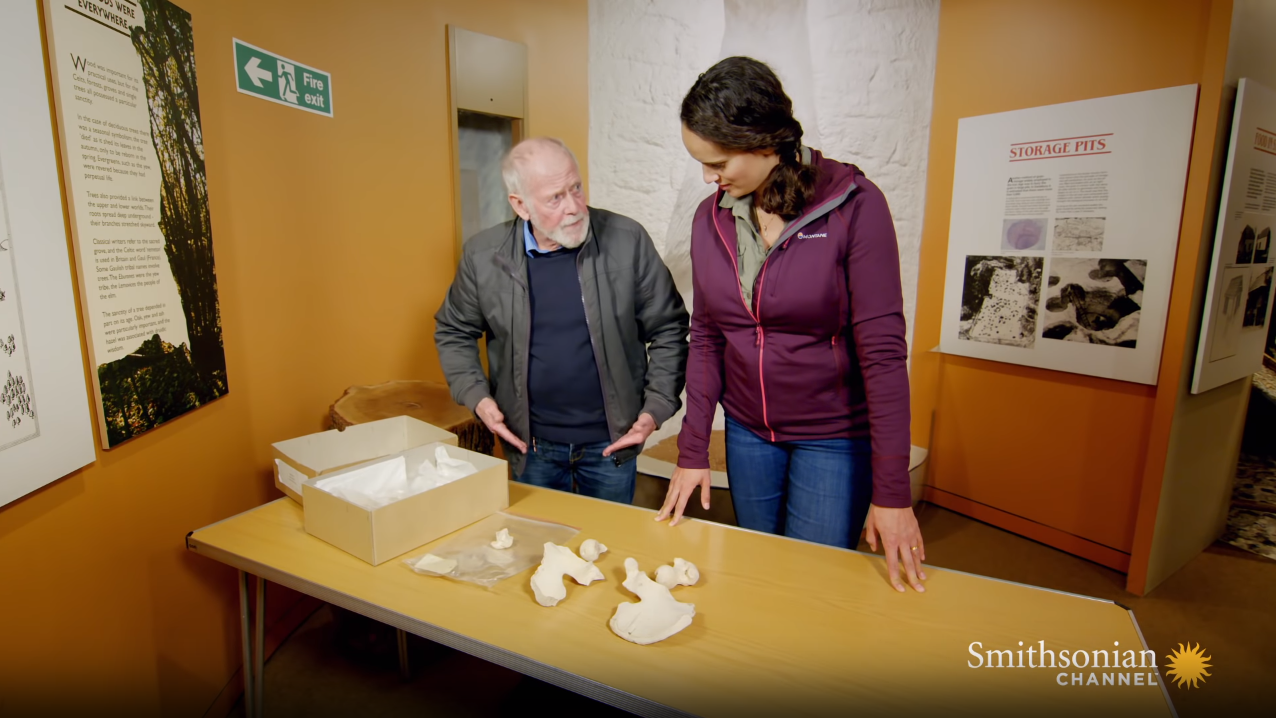 Professor Sir Barry Cunliffe (left), an archaeologist at the University of Oxford, spoke to anthropologist Mary-Ann Ochota about the bodies during a documentary about Danebury earlier this month 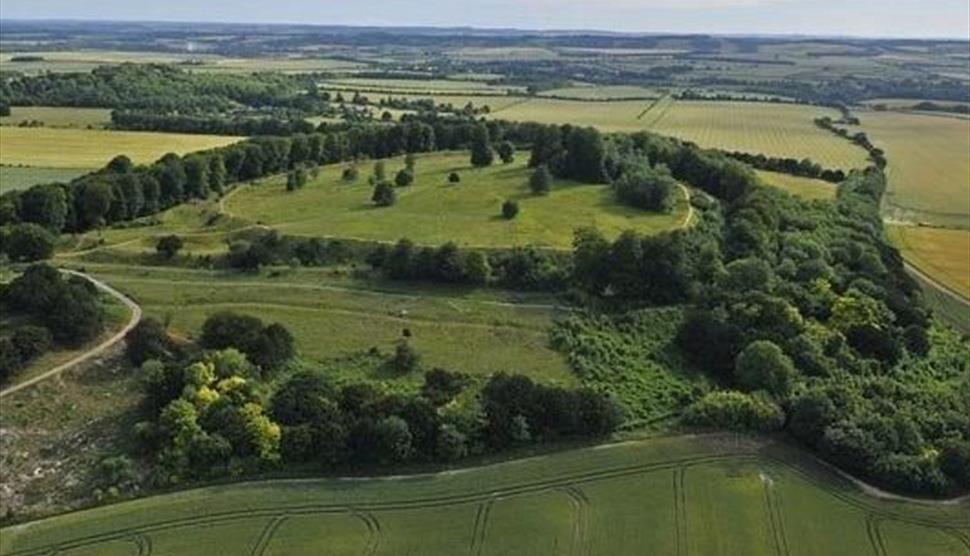 Danebury hill fort in Hampshire is one of Britain's most famous Iron Age sites Credit: Wikipedia

Marks on the bones suggest the attackers didn't neatly carve the body in two, but hacked it to pieces.

"One can only hope they killed him before they chopped him up, but we don't know," added Professor Cunliffe.

The Danebury fort covers 12 acres and was built around 2,600 years ago. It was used for almost five centuries.

The inhabitants of Danebury lived during a violent time in Britain, in which the country was ruled by tribes led by warrior kings. 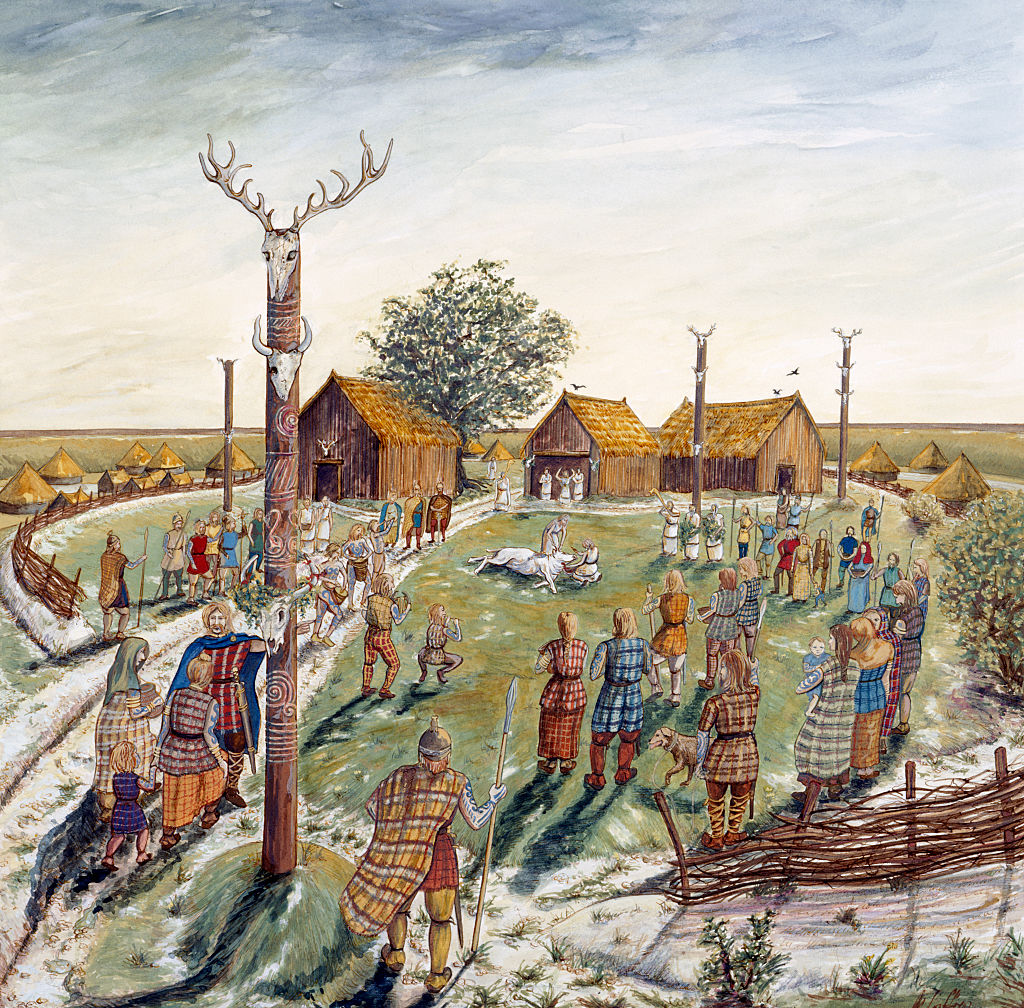 Artist's impression of the Danebury settlement. The people of Danebury lived during a violent time in British history Credit: Getty - Contributor 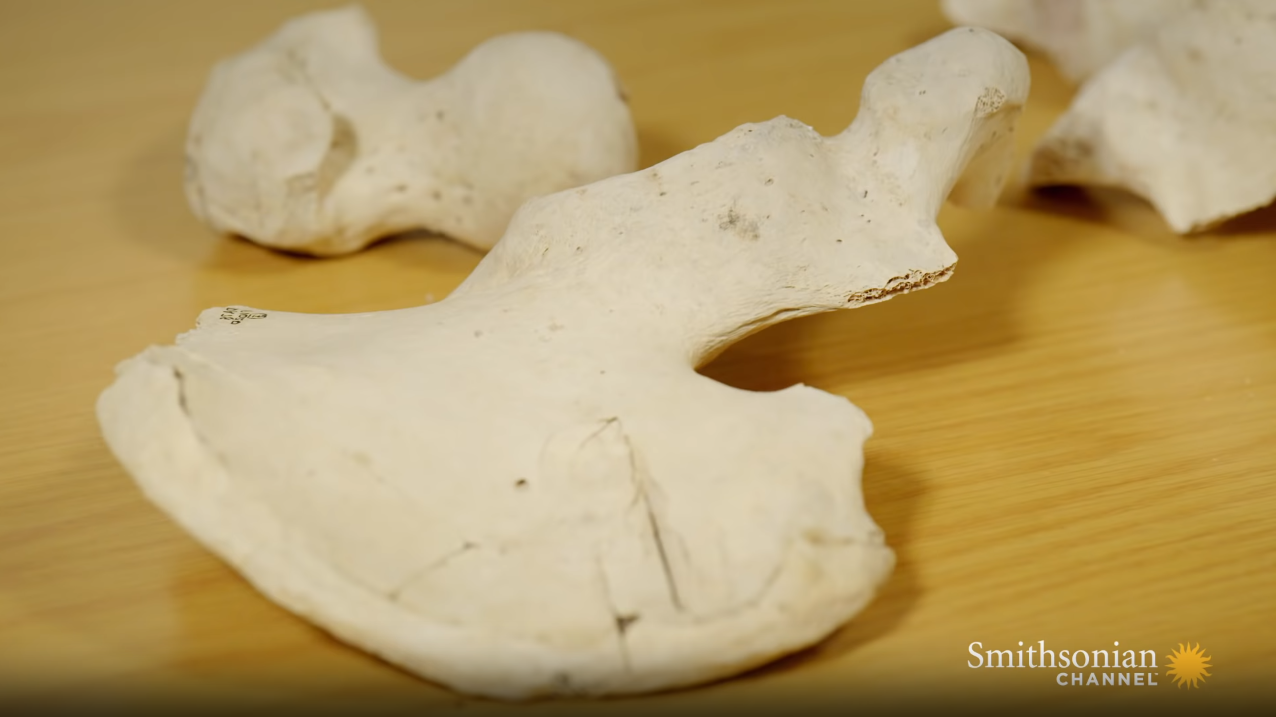 Prehistoric Brits moved into forts to protect themselves from attacks by other tribes.

According to Professor Cunliffe, the deaths at Danebury were likely a sacrifice to the gods.

The pit where the bodies were found was used to store seed grain for each year's harvest.

"Seed grain was vitally important to the life of the community," Professor Cunliffe said. 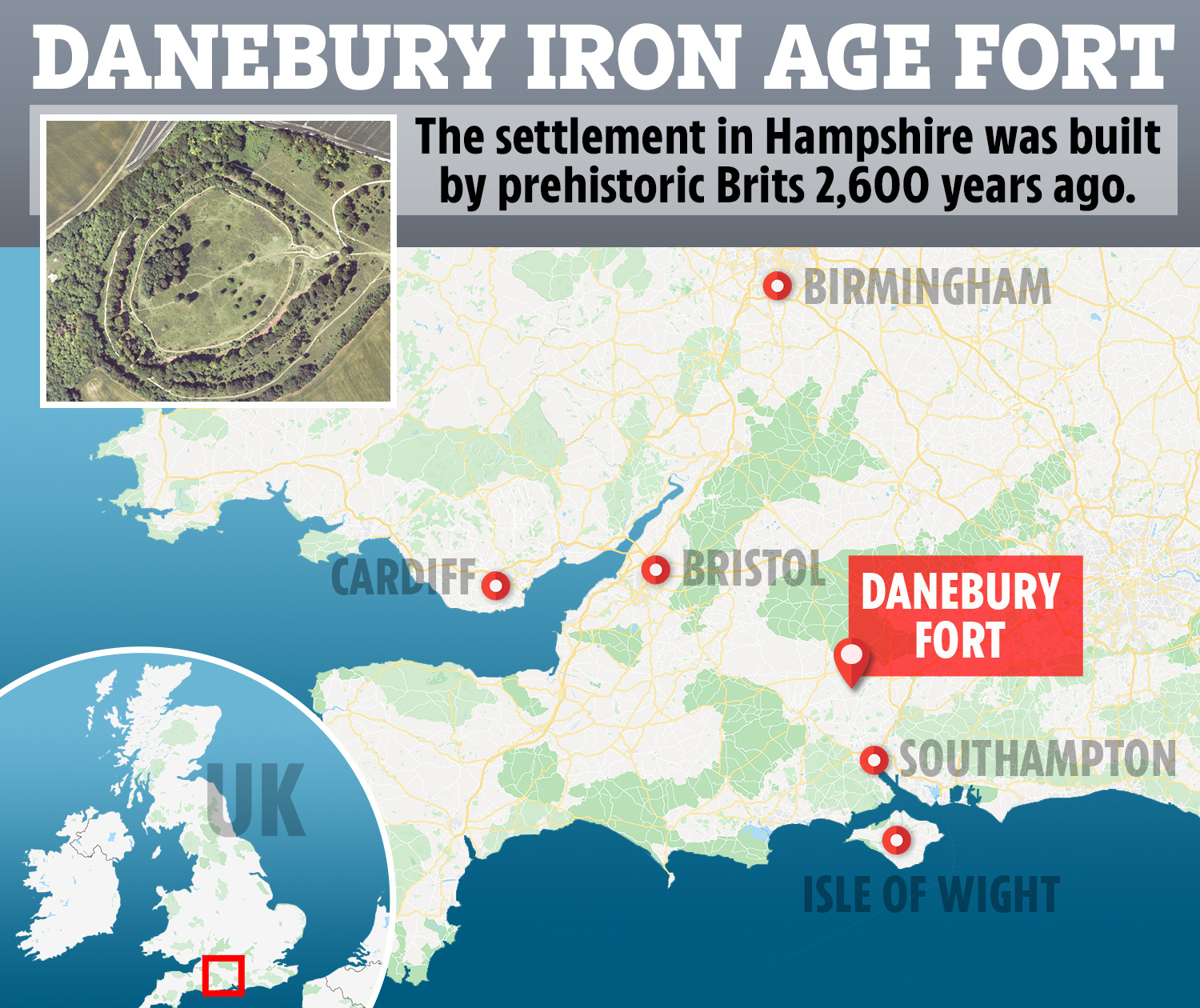 "They were putting it in the realms of the gods of the underground. They were saying to gods: 'Here's our livelihood, protect it for us'."

Danebury clan leaders would offer sacrifices to these gods to thank them if the grain was fresh and fertile when they retrieved it each spring.

The 25 bodies found at the fort were not all sacrificed at once, but over multiple harvests.

"These aren't just casual one offs, they're part of a pattern of behaviour," Professor Cunliffe said.

"We can trace them through time, and throughout the fort."

Still enclosed by hill ramparts used to keep invaders out thousands of years ago, Danebury is one of Britain's most famous Iron Age monuments.

Over the decades, excavations have turfed up thousands of bones, pottery fragments and iron tools and weapons.

The fort was remodelled several times over its history, making it more complex and earning it its "developed" hill fort status. 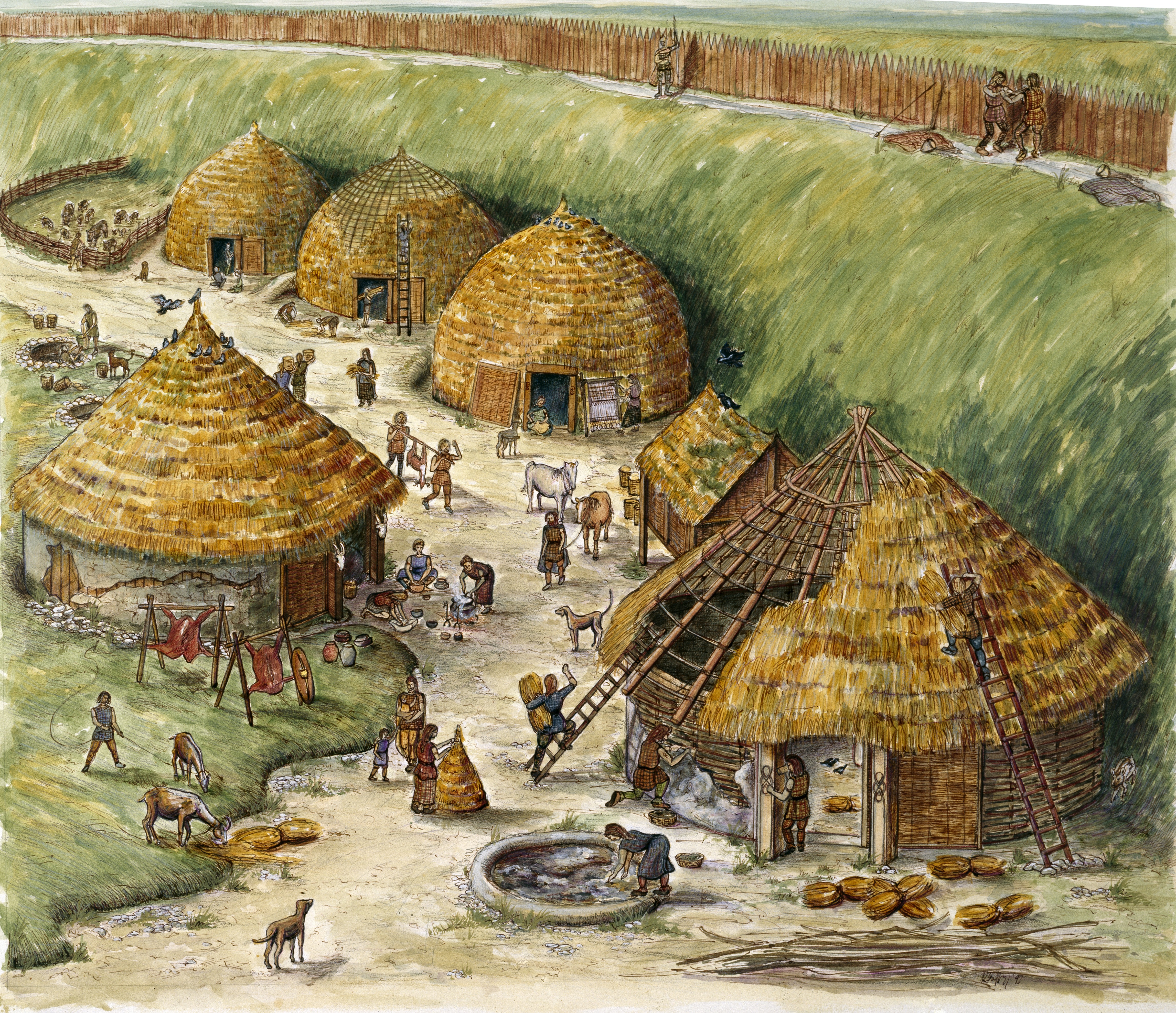 Artist's impression of the Danebury settlement. The fort had huge walls to protect against attacks Credit: Getty - Contributor

The circular houses were for people and the store buildings and pits held grain. The pits were dug from the chalk using basic tools.

Like many hill forts of the time, Danbeury was abandoned around 100 BC.

The reasons for this aren't clear, but experts believe it may be due to the emergence of more centralised tribal states.

In other news, the face of an Iron Age druid was recently recreated in wax 2,000 years after she died in Scotland.

And from headless vikings to screaming mummies, here are some of the most gruesome ancient corpses ever found.

What do you think killed the Danebury victims? Let us know in the comments! 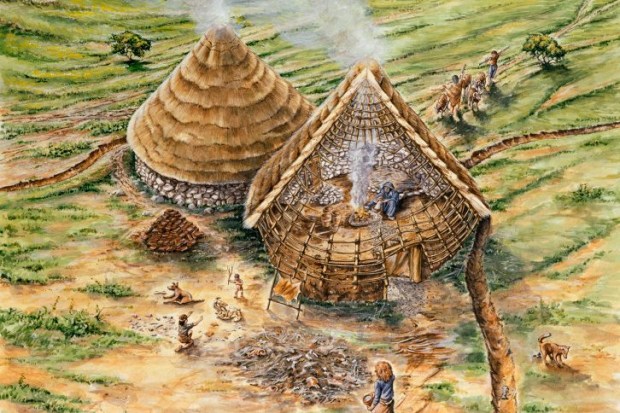 Here's what you need to know...

The Iron Age was a violent period in British history lasting from 800 BC to the Roman invasion of 43 AD.

It followed the Bronze Age, and marked a time in which ancient Brits began to make tools and weapons out of iron.

Little is known about the Iron Age, as Brits left no written history of the period.

We know that iron tools made farming much easier than before and settlements grew in size.

Brits lived in clans that belonged to tribes led by warrior kings.

People lived in hill forts to protect themselves from attack.

The remains of several hill forts survive in Britain today, including at Danebury in Hampshire, Maiden Castle in Dorset, Old Oswestry in Shropshire and Traprain Law in Scotland.

Re: Iron Age Brits mutilated and killed 25 victims and stuffed them into burial pit

Re: Iron Age Brits mutilated and killed 25 victims and stuffed them into burial pit

Feb 2nd, 2020
The fact that you still remember this and that it still resonates with you is how I know you are a good man and you honor Mr. Bodell to this day.

So, if Mr. Bodell wasnt flying that day, you would have been in that seat?