The Self is an Illusion

Philosophers and mystics have long contemplated the disconcerting notion that the fixed self is an illusion.Neuroscientists now think they can prove it or, at least, help us glimpse this truth with some help from psilocybin, the psychoactive property in magic mushrooms.
Researchers around the world are exploring the drugs transformative power to help people quit smoking; lower violent crime; treat depression, anxiety, and post-traumatic stress disorder; and trigger lasting spiritual epiphanies in psychologically healthy people, especially when coupled with meditation or contemplative training.
There are some limitations to psilocybin studiesthey tend to be small, and rely on volunteers willing to take drugs and, thus, open to an alternate experience. But the research could have major implications in an age characterized by widespread anxiety. Psilocybin seems to offer some people a route to an alternate view of reality, in which they shed the limitations of their individual consciousness and embrace a sense of interconnectedness and universality. These trips arent temporary, but have transformative psychological effects. Even if we dont all end up on mushrooms, the studies offer insights on how we might minimize suffering and interpersonal strife and gain a sense of peace.
Consider a study of 75 subjects, published in the Journal of Psychopharmacology last October. The study concluded that psilocybin leads to mystical experiences that can have long-term psychological benefits in conjunction with meditation training. The greater the drug dosage, the more potent the positive psychological effect was six months later. Participants showed significant positive changes on longitudinal measures of interpersonal closeness, gratitude, life meaning/purpose, forgiveness, death transcendence, daily spiritual experiences, religious faith and coping, the study concluded.

Re: The Self is an Illusion 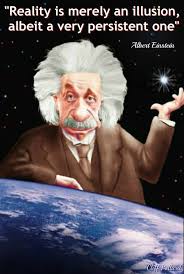