Blackleaf
#1 Feb 14th, 2016
Five British nationals have died in a car crash in Sweden, the Foreign Office has said.

It is understood the members of the indie band Viola Beach were killed in the accident, which happened on Saturday in the Swedish capital Stockholm.

The car plunged more than 82ft from a highway bridge into a canal, the police say.

The Foreign Office said it was in contact with the local authorities and supporting the families of the victims. 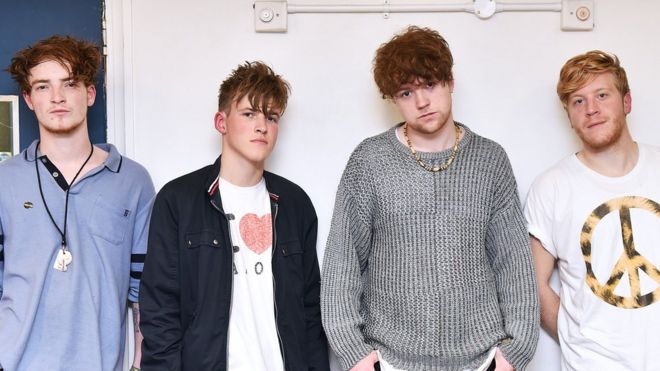 Five British nationals have died in a car crash in Sweden, the Foreign Office has said.

It is understood the members of the indie band Viola Beach were killed in the accident, which happened on Saturday in the Swedish capital Stockholm.

The car plunged more than 82ft from a highway bridge into a canal, the police say.

The Foreign Office said it was in contact with the local authorities and supporting the families of the victims.

They were due to play a gig in Guildford in Surrey on Saturday, and were part of the line-up for Swedish music festival Where is the Music? on Friday.

Tributes have been pouring in on social media for the band. 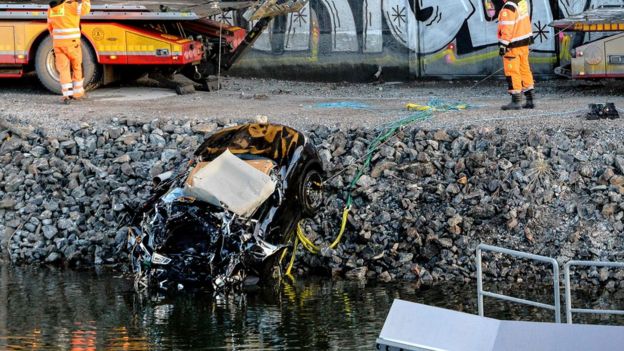 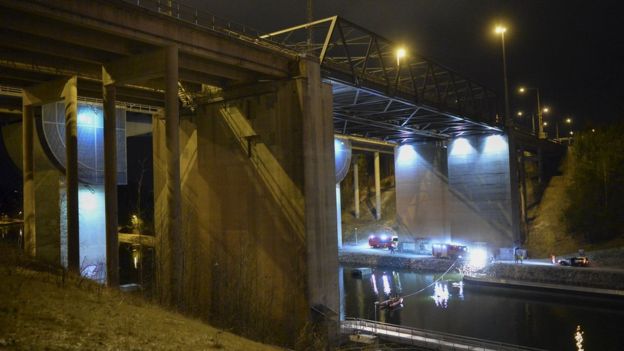 The accident happened on Saturday

These are thought to be the final pictures of a British band killed in a car crash along with their manager after a gig in Sweden.

Viola Beach were performing at Where's the Music Festival in Norrköping on Friday night but hours later their car plunged more than 80ft off a bridge and into a canal.

Musicians Kris Leonard, 19, River Reeves, 19, Jack Dakin, 24, and 27-year-old Tomas Lowe were killed alongside their manager Craig Tarry, 32, while returning from the gig in what is thought to be a rental Nissan Qashqai.

Earlier that night they had shared a dressing room with up-and-coming Swedish band Psykofant when band member John Hugo took what is thought to be one of the last pictures of the Warrington-based group.

The 22-year-old said the group had been in good spirits in the hours before they were due on stage at 9.45pm and they had shared a drink with the four friends.

He told Mirror Online: "They were messing about, having a laugh and all sitting on each other - that's when I took the picture in the dressing room.

"They wanted to know about Sweden and learn some of the language and asked how to say 'you're beautiful'."

John's group, a five-piece, were on stage just before Viola Beach and hung around to watch their gig.

"They were amazing," he said. "I'd never heard of them before, but I was really taken by them and their music."

"I was watching them and thinking 'this will be the future'."

He added: "We're really into English music and were like 'oh my god, this is like seeing the Beatles' or something.

"They had such broad accents and we were really taken by them."

John said that after the performance Viola Beach joined them in the crowd where he had a chat with drummer Jack Dakin.

"I told him it was a great gig and said it had been great meeting you and hope to see you again sometime.

"They were extremely nice and said next time we were in Manchester to give them a call."

John, from Stockholm, and his band left about an hour before the group and he said they had taken the same route from the gig.

"We drove over the same bridge about an hour before and it had been a bit icy and the road was a bit slippery at the time," he said.

John also said that he had been chatting to the band's manager, understood to be Craig Tarry, who he described as an "extremely nice guy".

He was unable to say who had been driving as they left before Viola Beach but confirmed that the manager wasn't drinking.

John added: "It was so good to meet them. They were fantastic guys to hang about with."

The men, aged between 20 and 35, were killed in the Sodertalje area of the capital Stockholm in the early hours of Saturday.

Local police said divers recovered the bodies of the victims after the vehicle plunged more than 82ft through a gap in the bridge which had opened to let a boat pass underneath.

A Foreign Office spokeswoman said: "We can confirm that five British nationals died in a car accident in Sweden on February 13.


"We are in contact with local authorities and supporting the families at this very difficult time".

The bridge, at the Saltskogs junction between the E4 and the E20 motorways, has a middle section that rises directly upwards without tilting, leaving a gap that the Nissan Qashqai drove into, Swedish police said.

A barrier, 50m before the opening, has flashing lights and signs warning there is a bridge opening, the officer handling the case said.

Inspector Martin Bergholm said: "For some reason, the car drove through the barriers and crashed down into the canal."

Drivers of other cars were waiting behind the barrier but it is not yet known whether a boat had already passed or was waiting to pass.

Mr Bergholm added: "The witnesses just saw a car beside them and kind of disappear."

He said it was not yet known whether the men were wearing seatbelts but added: "That would not have helped them."

Police received a call at about 2.30am and were first to arrive on the scene, a "maximum five minutes" later.

Mr Bergholm said: "Police arrived first, then the fire brigade who came with fire brigade divers at the scene and found the car and three bodies.

"We didn't know how many people there were in the car but we found out there were five. Later on, about an hour later, the police divers came and found two more bodies."

The men were identified using the passports they had on them and Swedish police are working with the Foreign Office global response centre.

He said the case would be transferred to a specialist traffic incident team on Monday. Dates for the post-mortem examination have not yet been confirmed.

British band The Enemy wrote on social media: "RIP Viola Beach and their manager. Such incredibly tragic and sad news. Thought with the friends and families of all involved x."

The up-and-coming band were on tour and due to play a string of dates at venues across the UK.

They were scheduled to play at the Boiler Room in Guildford on Saturday but the gig was cancelled.


Final pictures of Viola Beach as pal reveals band's last hours before crash that killed four and manager
Last edited by Blackleaf; Feb 14th, 2016 at 11:18 AM..