President-elect Donald Trump fired off a series of tweets late Monday and early Tuesday criticizing CNN for reporting that his claims about voter fraud are baseless -- which they are.

Shortly after 9 p.m., Trump began retweeting supporters who had criticized CNN's Jeff Zeleny because he accurately reported that there was no evidence -- nor has the transition team provided any-- to support Trump's claim that millions of fraudulent votes had been cast for Hillary Clinton.

"[W]hat PROOF do u have DonaldTrump did not suffer from millions of FRAUD votes? Journalist? Do your job!" read the first post that Trump retweeted. "Just another generic CNN part time wannabe journalist!," read the second.

"@CNN still doesn't get it," Trump added. "They will never learn!"

One post Trump retweeted came from a Twitter user whose bio says he's 16, who, like the others, called Zeleny a "bad reporter" because he did not have evidence that Trump was not a victim of voter fraud, a double-negative reasoning used to defend many conspiracy theories.

Finally, Trump issued his own attack on CNN: ".@CNN is so embarrassed by their total (100%) support of Hillary Clinton, and yet her loss in a landslide, that they don't know what to do," he wrote.

He continued the attack in a tweet just after 6:30 a.m. Tuesday: "I thought that @CNN would get better after they failed so badly in their support of Hillary Clinton however, since election, they are worse!"

A CNN spokesperson declined to comment. Zeleny responded to Trump with a request for examples of the fraud.
"@realDonaldTrump Good evening! Have been looking for examples of voter fraud. Please send our way. Full-time journalist here still working," Zeleny wrote on Twitter.

Trump's initial claim that Clinton's victory was a result of "millions of people who voted illegally" had been promoted on conspiracy theory sites like Infowars.com before Trump himself tweeted it on Sunday. The claim appears to have been first promoted by Gregg Phillips, a conservative activist with more than 26,000 Twitter followers.

Since Trump tweeted the conspiracy theory, CNN anchors and reporters have repeatedly stressed that there is no evidence to support the claim. Online, CNN's headline read, "Trump falsely claims 'millions of people who voted illegally' cost him popular vote."

Trump's penchant for peddling conspiracy theories and attacking critics and media organizations on Twitter is unprecedented, and has been cause for concern among journalists and media watchdogs who are wrestling with how to cover a president who is a leading source of misinformation.

Nov 29th, 2016
Voter fraud vs. No voter fraud. Is there or isn't there?
Trump says there is. The media says there isn't. If there isn't, why the recount?
It's a silly 'he says' 'she says' subject with no proof of anything anywhere.
Seems like the smartest thing to do would be to get on with it, now the election is over. Then tighten up the voting system in every possible way to prevent possible future voter fraud.
Nobody even agrees on what kind of fraud they're looking for. Illegal votes? Dead people votes? Duplicate votes? Hacking by Russians, the Democrats, the Republicans, some private hacker, another sovereign nation? Impossible!

Now it's time to liberate the U.S.

Nov 29th, 2016
it will be cuck. the progs have been summarily chucked out. things are improving as we speak. Trumptastic.

This is going to be the easiest lynching in US history.

He might get kicked out before he even enters office lol

Nov 29th, 2016
Why is the Clinton campaign participating in that recount???

Nov 29th, 2016
He was tweeting about jailing and removing the citizenship of flag burners as well.. incited by some demonstration against an incident on a college campus protesting his election.

It's a constitutional right, protected free speech, and, the burning of a flag is the proper way to dispose of a worn out flag anyway.. that really is settled law.

I think we'll just have to get used to Trump's twitter tantrums and enthusiasms. They seem to appear between 3 and 6 am.. and seldom survive much into the hard rational light of the day. I'm just ignoring them.

Nov 29th, 2016
I would say that Trump should put up or shut up but seriously, who would expect either.

And then you wonder why you have no credibility and I do.

LOL In what universe do you have credibility?

Why is the Clinton campaign participating in that recount???

LOL In what universe do you have credibility?

So if Trump is good (when they will dislike him), then they will start opposing him, with their lobby, their media: may make ridicule of him in the TV or the twitter ..etc.

If he is good (and they will certainly dislike him) they may make scandals for him, and even may assassinate him (of course by the hand of some pervert and rascal Muslims) to accuse the savage and terrorist Muslims (and of course the Zionists are the angels; are they? No, of course they in fact are the devils among mankind.)

And if Trump is bad and he supports the Ugly Zionists, so they will certainly support and uphold him .. in this instance: he will agree about the plans of Zionists and will not pay attention to the Palestinian people, the Arab or the whole world, but only to please the Ugly Zionists.

So this is the Anatomy of America and its beloved Zionists.

Of course the American people know this very well, so for how long will this oppression last?
Last edited by selfsame; Nov 29th, 2016 at 02:40 PM..


Says someone who obviously understands ZERO about recounts.

When you have deleted emails......not a far reach for delete ballots.... huh?

He might get kicked out before he even enters office lol

And then you wonder why you have no credibility and I do.

Now it's time to liberate the U.S.

Why is the Clinton campaign participating in that recount???

Because in her delusional state brought on by her big fail in the election, she is no longer capable of making rational decisions.

We are not making any progress here.

One liners for one liners.

We are not making any progress here.

Feb 12th, 2017
I wish lucutus would get obsessed with another word,getting pretty tired of cuck. Learn a word a day,by using it in every way.

Feb 12th, 2017
Trump is providing distraction so people won't notice the freak show
he is putting in positions of power. Wait till all those folks find out
they are not getting their jobs back. Factories may come home but
they will be automated. Trump and his voter fraud figures are pure
nonsense even the GOP knows it 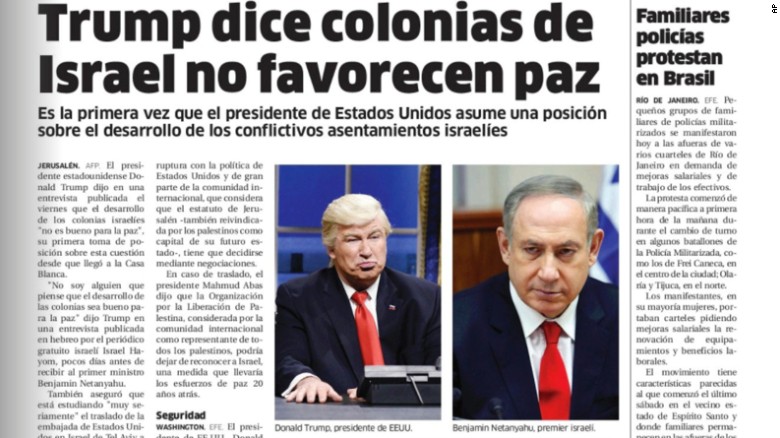 Trump must be choked over the fake news in Israel.