Alex Van Bibber may have been the toughest man in Canada


At the age of 82, he dislocated his arm after rolling his ATV, and hiked three miles to catch a ride to the hospital. At 93, he walked five miles through thick snow after his snowmobile broke down.


One time, already well into old age, the veteran trapper was demonstrating a powerful new steel trap to a classroom of his peers when it suddenly slammed shut on his wrist, shattering his watch and sending pain shooting up his arm.


Without blinking or missing a beat, the trapper turned back to the stunned class and said Now what are you going to do? Youre caught in your own trap. You have to get out because you cant go home because your wife will laugh at you.


He comes from a generation the likes of which were likely never going to see again, said friend Harvey Jessup.


On Wednesday, Mr. Van Bibber died surrounded by family at a Calgary hospital. He was 98, and only weeks before  despite suffering from congestive heart failure and the bruises of a nasty fall  the member of the Champagne and Aishihik First Nations had still been running his trap line.


In 1898, his father, Ira, had joined the thousands of Americans hiking the Chilkoot Trail to the Yukon goldfields. After meeting Eliza, a Northern Tutchone woman, the couple had 14 children on a Pelly River homestead where winter temperatures regularly dipped to -60 C.


Mr. Van Bibber has played a hand in almost every major event in Yukon history.


He became one of the first Canadian Rangers in 1947, he pioneered the Yukons robust outfitting industry, he led the humane shift from leg-hold traps to full-body traps and he worked eight summers on a gold dredge, the building-sized monsters that chewed up Klondike streams for gold dust.


Alex Van Bibber, an incredible Yukon trapper, just may have been the toughest man in Canada | National Post

Re: Alex Van Bibber may have been the toughest man in Canada 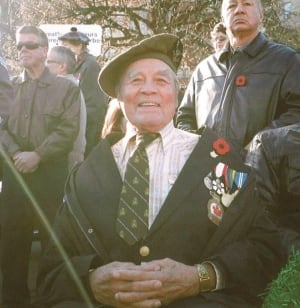