Man pretends to be mayor and fools town

spaminator
#1 Mar 30th, 2014
Man pretends to be mayor and fools town
QMI Agency
First posted: Saturday, March 29, 2014 02:24 PM EDT | Updated: Saturday, March 29, 2014 02:41 PM EDT
"Heard on the grapevine that someone is going around impersonating mayors. #Notonmywatch."
That was the snarky tweet posted by a man in Stafford who has been pretending to be the mayor of the English town.
Clearly, the man, who identifies himself as James Billington on his Twitter profile, is having a laugh playing mayor.
Billington describes himself as "the current Mayor of Stafford. Delighted to be representing the town of Stafford & surrounding areas."
He's been tweeting since March 8 and posting tweets such as: "Currently stuck in traffic. Again. I think a #mayorlane might be a good addition to the roads of #Stafford."
And: "Honoured to open @altontowers for their 2014 season today!"
Many in Stafford were convinced he was indeed their mayor until the Stafford Borough Council caught wind of the prank and asked Twitter to shut the account down, the Daily Mail reports. But Billington's account is still very much alive.
For the record, the real mayor of Stafford is Angela Loughran. Shes held the role  which is largely ceremonial  for 10 months. 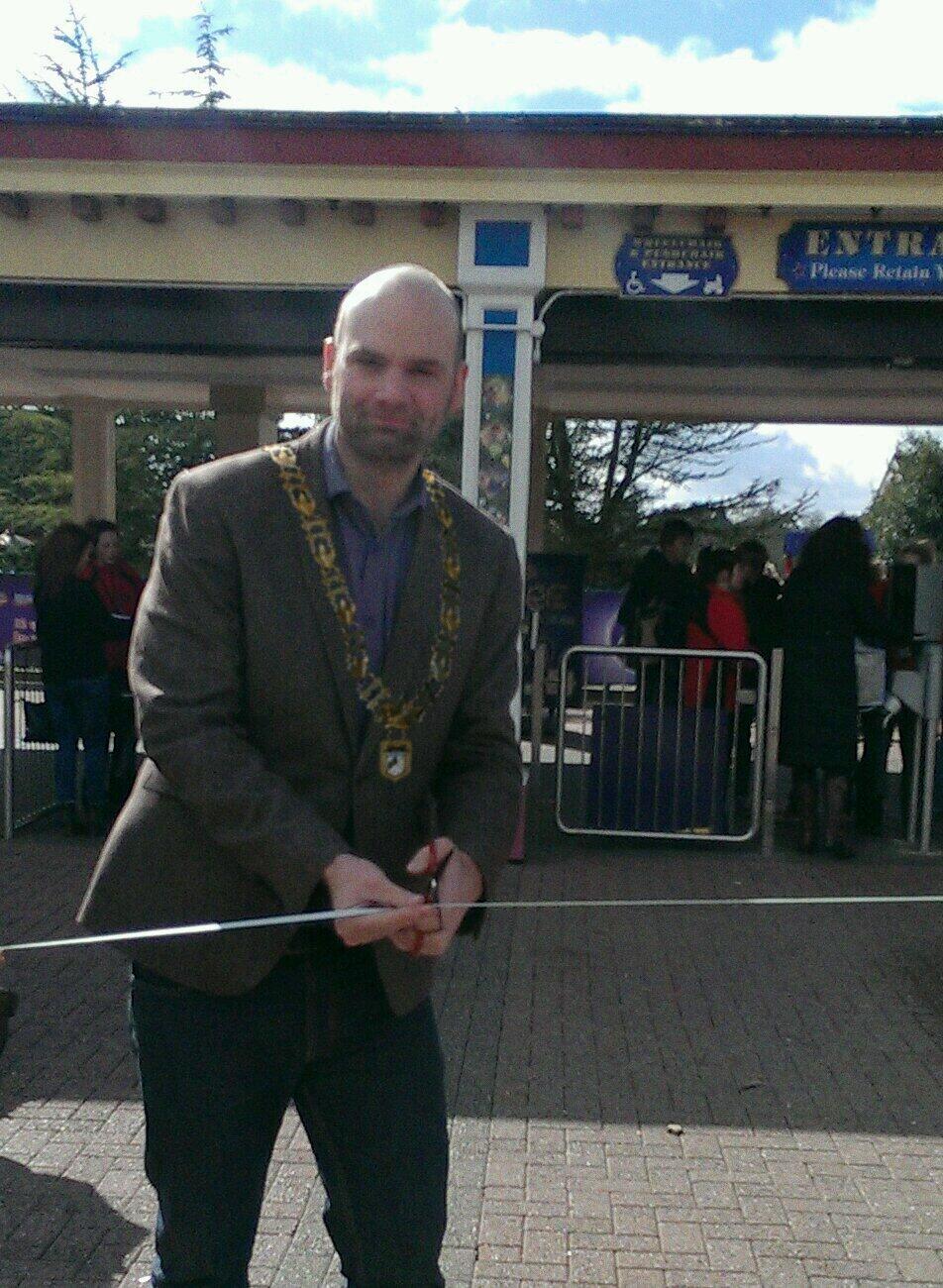 Re: Man pretends to be mayor and fools town

Mar 30th, 2014
There's a place in Stafford (the county town of Staffordshire) I would like to visit - Ancient High House, the largest timber-framed town house in England, built in 1594. It is now a museum, with changing exhibitions.

At the the time of the outbreak of the Civil War, a member of the Sneyd family of Keele Hall, near Newcastle-under-Lyme, Staffordshire, was renting the building.

Charles I visited Stafford and stayed at the Ancient High House on 17 and 18 September 1643, not long after raising the Royal Standard at Nottingham, the feudal signal to call his loyal subjects to arms - this act was seen as the start of the English Civil War .

Having made the High House his temporary headquarters, the King talked to his advisers and dictated letters and military orders for the forthcoming campaign (some of these have been preserved in the nearby William Salt Library). While in Stafford the King attended St Mary's Collegiate Church, an account being made by a local woman for the strewing of flowers along his route to the church.

There is a story that while walking in the garden of the High House with the King, Prince Rupert fired two shots through the tail of the weather vane of St Mary's in order to demonstrate the accuracy of a continental Horse Pistol. The weather vane was removed several centuries ago, and so the story cannot be verified, although the pistol Prince Rupert is said to have fired was far more accurate than most of the weapons then in use.

In May 1643, the King's enemies, the Parliamentarians, captured the town and in the following January, the newly established Committee of Stafford ordered:

that the High House of Mr Dorringtons in tenure of Mr Lees shall be forthwith assigned to Mr Roberts the Provost Marshall to habite in for the securing of the better sort of prisoners...


These prisoners were Royalists .

The Ancient High House is one of the most haunted houses in the whole of Staffordshire, with many a tale being told by visitors and staff alike.

There are many strange noises to be heard in the house once the building is left quiet : voices heard within empty rooms and sound of doors opening and closing by themselves which have also been witnessed by observers.

It is within the Stuart Room where it seems a lot of the activity in the house seems to be centred and there is a chair that sits within that room which is said to make those who sit upon it feel frightened and uneasy.

Amongst the spirits that dwell in The Ancient High House are said to be a young girl and an old woman, yet these two are not the only ghosts who claim to call this impressive Tudor House, home.

Most Haunted once visited the place to do an investigation.