JessieMayB
#1 Mar 21st, 2011
JessieMayB New Member
Created in 2002, the "Beauties of Canada" Organization has the exclusive rights to send a Canadian representative to the Miss Universe® Pageant.

Jessie-May Broadhurst was born in New Westminster, on the coast of British Columbia. Momo' is the eldest middle child, to a six child mixed family. At the age of eight, Jessie-May and her younger brother became wards of the court. In spite of their struggles and hardships as children they were grateful that they were together. She grew up with support from her community and learned the value of giving back. By doing this she became a Peer Mediator, and a Youth Advisory Counsel Member, she also became an advocate for foster children. She always stood up for what was right. At age twelve Jessie-May was asked to speak to a panel of lawyers and judges from across British Columbia in a MCFD Conference to help better understand the realities of being a foster child. Shortly after, laws were changed to better suit each child and case.

Eleven days before her seventeenth birthday Jessie-May was in a traumatic car accident. It took many medical professionals to save her life after it was restored, and create the path for her new one. She awoke from a coma with a broken body and severe right temporal brain injury. She relearned everything right from the very basics again. Through persistence of a well developed team she learned how to communicate again. After time she was able to walking without a cane. Her small accomplishments lead to bigger ones, one step at a time she regained her health with support and encouragement from her family and friends. Upon recovery from this significant event Jessie-May was asked to share her experiences. She recognized at that moment her new purpose in life, and has made every effort to share her story.

Her travels have taken her throughout North America and Mexico, working with a wide range of different workshops and seminars. Her own personal travels have taken her to St. Lucia, Cuba, Thailand and Australia where she continued to speak and gain new insights, perspectives and appreciations for life and the people in it. Powered by her past experiences and her passion for sharing and teaching, Jessie-May is now writing her first book reaching out to others going through similar experiences. Inspiration and motivation are Jessie's keys to life and she is continually progressing towards her goal of becoming a motivational speaker. She hopes to continue her stride to share the knowledge that was bequeathed to her. "Opening up, listening and understanding someone's experiences are the first steps to finding your own level of compassion and awareness," says Jessie-May. She believes in bringing a new level of awareness and recognition to what the Miss Universe Canada Pageant is really about!


I am messaging so that my community knows what it is i am am doing! Please check out my website msjessiemay.ca to learn more about my path and the direction i am striving to go.

p.s. i you have any full frontal nudity please post it here.

good luck with the modeling. let us know if you win anything.

p.s. i you have any full frontal nudity please post it here.

That went from a nice message to a disappointing one...
JMB


I would imagine that is kind of an occupational hazard for you.

That went from a nice message to a disappointing one...
JMB

at the time of my posting i hadn't read the article about the terrible car accident and terrible injuries. sorry if my joking around upset anyone.

Mar 21st, 2011
I knew you were kidding, but folks that are new to the group haven't had the chance to learn of your wit, sarcasm and joking style.

Mar 21st, 2011
Indeed it can be...
but thankfully the disappointment is not long lasting...too many great things to appreciate in the world.

Thank you for the correction sir. =))

Mar 21st, 2011
Your's is quite the accomplishment considering the history.

Talk about bouncing back.

Good luck to you young Miss.

Your's is quite the accomplishment considering the history.

Talk about bouncing back.

Good luck to you young Miss. 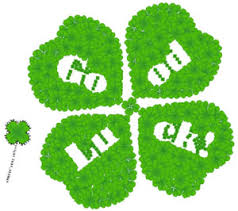 I will be posting again for the online voting...in case any of you wanted to support me =))

There will be online voting! I can let you know =)) So excited!! I am on the website

Mar 21st, 2011
Oh you're out near my two brothers. Both live in Langley and Abbotsford. Looks like tight competition, but I think from your pictures, you should be able to hold your own. Good luck to you.

She believes in bringing a new level of awareness and recognition to what the Miss Universe Canada Pageant is really about!

I will send you a lengthly response to your 'bite' but not tonight!! It has been a super long day. =)

Created in 2002, the “Beauties of Canada” Organization has the exclusive rights to send a Canadian representative to the Miss Universe® Pageant. The company president, Mr. Denis Davila, a Nicaraguan-born Canadian, has worked in the beauty pageant field for over a decade, and has successfully produced events in both Canada and Nicaragua.

Since 2003, the Miss Universe Canada Organization has strived to be an active member of the GTA community. We’re proud to have addressed over 10,000 students at schools thru the MUC inspirational speaking tour. Our talks focus on the importance of education, setting goals, pursuing your dreams as well as delivering an anti-bullying campaign.

Our tour has been covered by both Print and TV media outlets including the Toronto Sun, ET Canada and E-Talk Daily. For example Mike Strobel feature writer for the Toronto Sun wrote a story titled “A True Queen for Our Kids” after attending one of our talks.

Our organization is proud to have developed strong relationships and assisted some of Canada’s biggest non-profit organizations including The Brazilian Ball, Variety Village, CANFAR, SOS Children’s Villages, Save The Children, Breast Cancer Foundation, Sick Kids Hospital, Universal Youth Foundation, Princess Margaret Hospital, Lymphoma Foundation and The Santa Claus Parade amongst others. We have also assisted numerous charities within the diverse ethnic communities represented in the GTA.

Miss Universe Canada regularly attends and is featured as a VIP guest at the premier entertainment and sporting events throughout Canada, including the Canadian F1 Grand Prix in Montreal, The Toronto Grand Prix, The Toronto Blue Jays, The Toronto Raptors, Canadian Idol, The Toronto International Film Festival and The Much Music Video Awards amongst others. *Which supports our home people as well as the industry*

Beauties of Canada holds the exclusive rights to send a contestant to the Miss Universe Pageant. In addition, we hold the licenses of other international events like Miss International, Miss Tourism Queen International, International Queen of Coffee, Miss Asia Pacific and many others.

So many people do not look deeper into what the pageant is TRULY about before they make a judgment and a decree on how its value. There are many wonderful and supportive events and and foundations this pageant creates and empowers.

Again...just food for thought. Everyone will have their own opinion, but in a world that is hit by disasters and trauma on a regular basis, it is nice to have helping hand and a light in the darkness to help regain your step in life.

So many people do not look deeper into what the pageant is TRULY about before they make a judgment and a decree on how its value.

I completely disagree. I'm involved in a number of volunteer organizations that do a tremendous amount to assist those in need. For example, one of the organizations I belong to doesn't just get up in front of students and talk about the importance of education, we offer annual scholarships. We not only have "strong relationships" with other non-profit group. In some cases, we donate 100's of thousands of dollars per year to support them. One group I am associated with is the sole supporter of the local Meal on Wheels.

Granted, E Talk Daily usually doesn't do stories about me or one of the organizations I belong to but then again, I don't get to parade around in a swim suit so there isn't much to see.

In short, I don't think there are that many people that don't see some of the good beauty queens do, we just don't see why you have to objectify women in order to do it. Why do you?

Mar 22nd, 2011
I dont think there is a need to 'choose' how the help is created or presented as long as it is doing exactly that helping. I commend you for doing what you do, i think education is a very important part to any persons personal structure! Everything and everybody has different way to interact with people and life, and again they have different ways to learn and grow.

This is my very first pageant, and have had many a conversation to date about the relevance and 'structure' to doing what it is i will be doing. When it comes down to the basics, everything is a mathematical equation and i do not have the abilities YET to do what i dream to do, and that is to share my experiences and tools i have learned in my recovery.

There are many things that this world needs, but negativity i do not think is one of them. 'Different strokes for different folks' have you heard that saying before? Everybody learns by different methods and approaches, if this reaches out to some of those people, why stop it? Motivation and Inspiration are the keys to healing, growing and changing.

Maybe we can agree to disagree but know that are intentions are the same? =))

Taking the steps to have that chance at representing my country, is an honor that i never thought i would be in the position to do. Everything happens for a reason, and i take my steps proudly. As well, in the end this position obtains what my dream is, so why not give it a valiant effort? =))

As well, in the end this position obtains what my dream is, so why not give it a valiant effort? =))

Sounds like you are sour for some reason..
Good luck to you sir!

Not at all. It sounds like you are deflecting. Good luck to you.

Mar 22nd, 2011
Again we will have to agree to disagree. Everyone is their own person, as are their opinions. =)

Mar 24th, 2011
Hey there everyone!! My bio and questionnaire are up! Please check it out and if you feel so inclined, 'LIKE' it to help with my online standing! <3

I am? Could you point it out? I don't recall starting one.

I am? Could you point it out? I don't recall starting one.

That would be my brother. I'm "Cannuck" with two N's