anyway...seems he's gonna get his a r s e handed to him so is wetting a few of the voters cheeks at the same time: 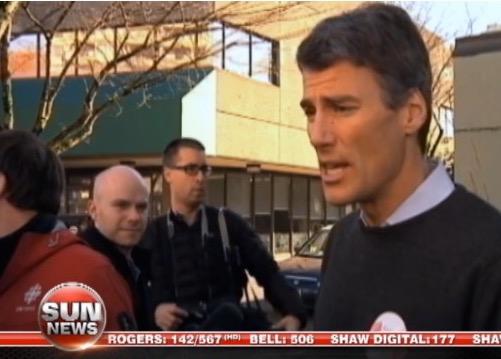 
VANCOUVER - Vision Vancouver Mayor Gregor Robertson issued an extraordinary apology for not listening to citizens along with an appeal to left-leaning voters to not split the vote, changing the tenor of the civic election with just three days to go.

In a statement that showed how deeply worried he and his strategists are about the potential for the Non-Partisan Association’s Kirk LaPointe to unseat him, Robertson directly appealed to Coalition of Progressive Electors voters to abandon Meena Wong and to stay with Vision. He acknowledged he had also alienated some voters with his aggressive green and affordable housing agenda.

“I thought it was important for me to apologize when I have overstepped and pushed too far and ensure that people realize I am going to adjust,” Robertson told reporters. “A vote for COPE basically is a vote for the NPA and it will put more people from the NPA into seats. That is the reality of it and it is not ideal for any of us.”

But the strategy smacks of desperation and may have a negative result, according to political science professors who say such apologies late in the game reveal weakness.

Re: Desperate gregor is desperate

Re: Desperate gregor is desperate

Nov 12th, 2014
Saw him pressing the flesh while I was walking up Cambie St toward lunch today-one of his flunkies encouraged me to 'speak to the Mayor' but I kept pushing uphill/couldn't trust myself to be civil