Ok.., here it is.. One of the most definitive lists of discoveries in West Africa for 2010-2011 so far. There is increasing excitement about the vast potential in West Africa's offshore basins and I thought it would be worthwhile to list them out. The material has been sourced from Derrick Petroleum's exhaustive data on exploration and deals . For the record, I consider Angola part of West Africa here, although to be more precise, it is located in South-West-Central Africa.

For more information of discoveries and exploration plans for the following West African countries in 2011, click on the following links 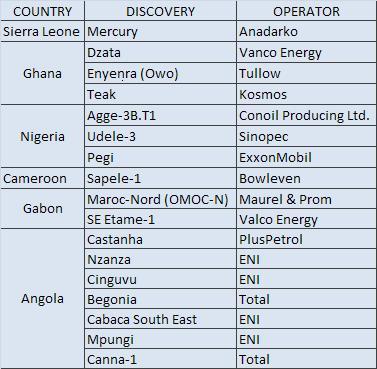