spaminator
#1 Feb 12th, 2019
Katy Perry pulls 'blackface' shoes from collection: Report
WENN - World Entertainment News Network
Published:
February 11, 2019
Updated:
February 11, 2019 11:54 PM EST
Warning: This story contains coarse language!
Katy Perry is reportedly pulling a pair of her shoes from her collection following Guccis blackface controversy.
The Italian fashion house bosses came under fire after advertising a black knitted balaclava jumper, which covers the lower half of the face and featured a red-lipped cut-out around the mouth.
Guccis blackface balaclava jumper pulled from stores after complaints
Many quickly took to social media to accuse the designers, led by creative director Alessandro Michele, of creating a product which resembles blackface  the controversial makeover white people adopt to look like black figures, and last week a spokesperson issued an apology and confirmed the item would be withdrawn from sale.
Many celebrities are continuing to rail against the company and the Roar hitmaker is now facing scrutiny over her Rue Face Slip On Loafers and Ora Face Block Heel Sandal, which come in black and beige and feature two eyes, a nose, and red lips.
Social media users, including singer Masika Kalysha, have attacked the singer over the shoes, insisting, like the Gucci jumper, they appear to mock people of colour.
So we just gonna let Katy Perry slide? Kalysha posted on Instagram.
Perry has yet to comment on the controversy, but she is reportedly pulling the shoes from sale.
In order to be respectful and sensitive the team is in the process of pulling the shoes, a source tells TMZ.
Perrys controversy comes days after rapper T.I. revealed he is boycotting Gucci over their ill-conceived balaclava jumper.
We ALL GOTTA Stop buying, wearing, and supporting this piece of s company And ALL PIECE OF S COMPANIES UNTIL THEY LEARN TO RESPECT OUR DOLLARS & VALUE OUR BUSINESS!!!!, he wrote on Instagram over the weekend. I Dont Give a F if I gotta wear (budget-friendly) Target brand s (sic). 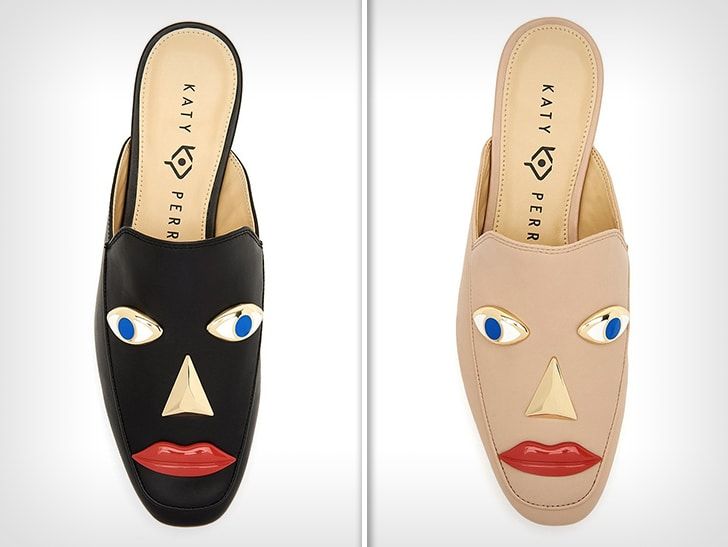 People shouldn't buy those shoes simply because they are ugly... the hell with hurt feelings...

oj simpson: I would never wear those ugly ass shoes