Blackleaf
#1 Nov 24th, 2018
A metal detectorist has found what is thought to be the first Celtic chariot burial to be uncovered in Wales.

The burial ritual was reserved for high-ranking chiefs who would be interred complete with their chariot, horses, tack and even weapons.

Mike Smith believes his find may point to a huge undiscovered Iron Age settlement nearby. 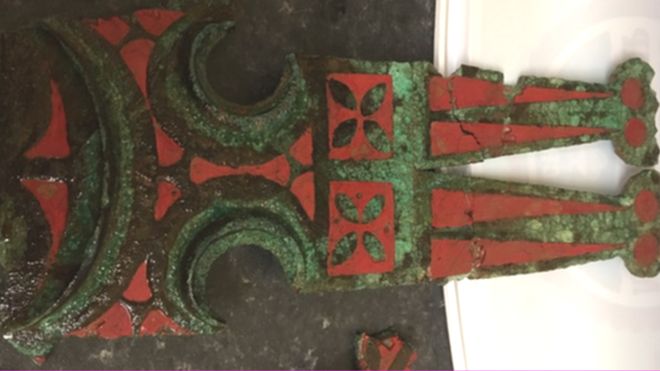 A metal detectorist has found what is thought to be the first Celtic chariot burial to be uncovered in Wales.

The burial ritual was reserved for high-ranking chiefs who would be interred complete with their chariot, horses, tack and even weapons.

Mike Smith believes his find may point to a huge undiscovered Iron Age settlement nearby.

National Museum Wales describes the finds as "significant and exciting".

The actual location in south Pembrokeshire is being kept secret while archaeologists prepare for a major dig next year.

His first find in February came purely by chance as his favourite hunting ground was waterlogged, forcing him to switch to another field where he had not had much luck before. 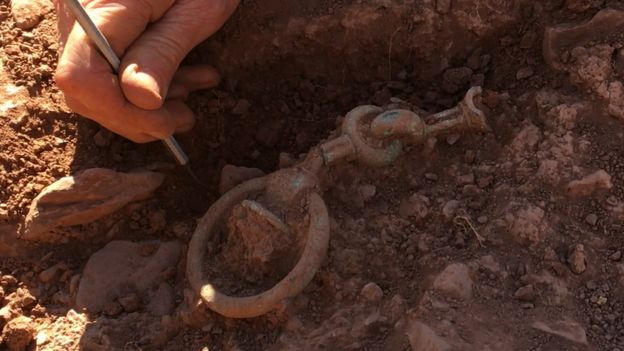 One of two bridle bits being unearthed, indicating a pair of ponies

But this time he found what he first thought was a medieval brooch.

He emailed a picture to an expert contact who said it was part of a Celtic horse harness dating from around 600 BC. 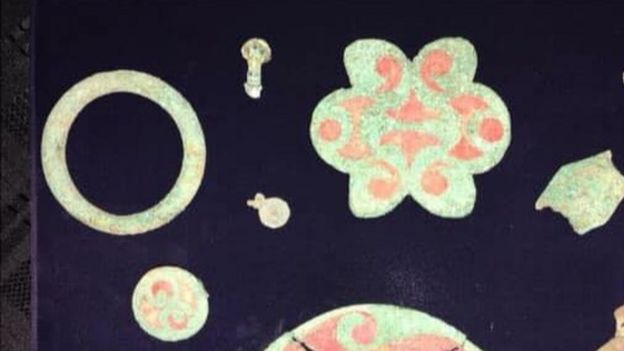 The flower-shaped bridle decoration was the first find

He dug down to find more pieces, their red enamelling still vivid, and realised what the collection might mean.

"I knew the importance of them straight away," said Mr Smith who has been prospecting for around 30 years.

"It was just instinct. I'd read all about chariot burials and just wished it could have been me, so finding this has been a privilege." 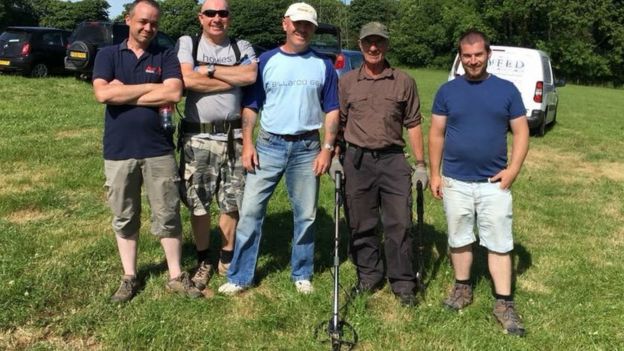 He still had to convince the experts. One of the first he spoke to told him: "No, you're wrong. One's never been found in this part of the country."

But by June a preliminary excavation was underway by Dyfed Archaeological Trust and National Museum Wales, partly funded by Cadw, which manages many of Wales' historical monument and buildings, This terret ring would have guided the chariot reins

Then a trial excavation revealed the tops of a pair of chariot wheels.

"Often the wheels were laid flat," said Mr Smith. "But this one appeared to have been buried intact. It could have had the chieftain or queen sitting in it.

"There would have been a mound over it but that has gone." 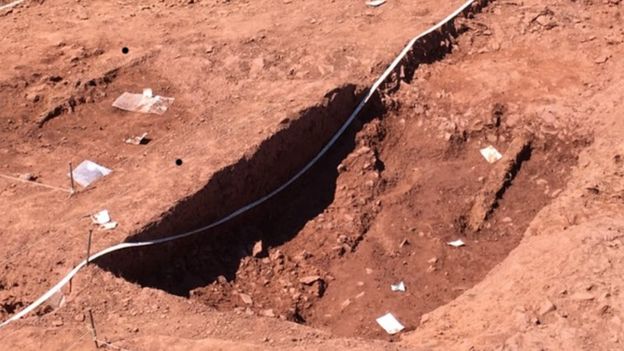 He believes past ploughing might have brought the finds closer to the surface.

The site has now been recovered and given legal protection, with a full excavation planned for next year.

A National Museum Wales spokesman said: "Full excavation of the site and analysis of the find will need to be carried out before we can fully understand its importance. 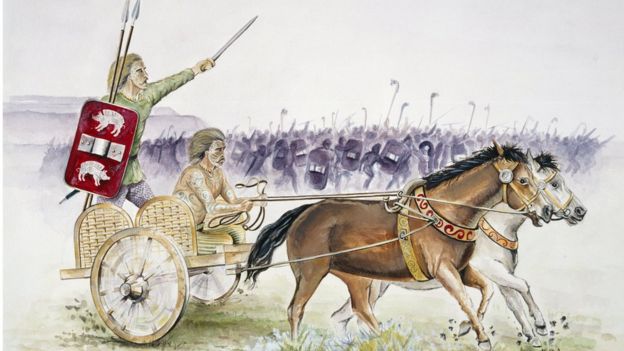 "National Museum Wales is working with its partners on this continuing treasure case and in developing a detailed and fully funded proposal for further investigation.

"It is intended that a wider museum project will be developed, to offer opportunities for local communities near the find-spot to engage with this discovery and to become involved in revealing new stories about their prehistoric past."

Mr Smith's finds will now be the subject of an inquest.

But what is still exciting him is a 3m metal anomaly shown up by the scans and actually underneath the chariot.

"It could be weapons. Or it could be treasure," he said. 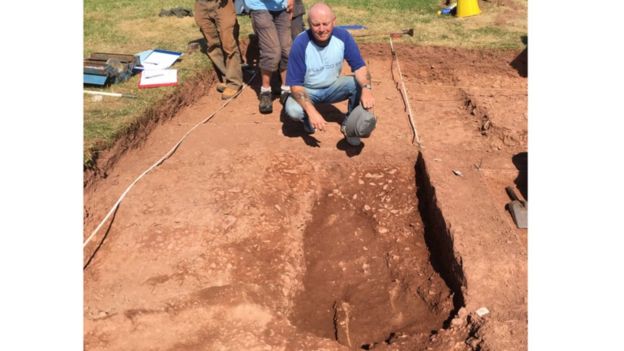